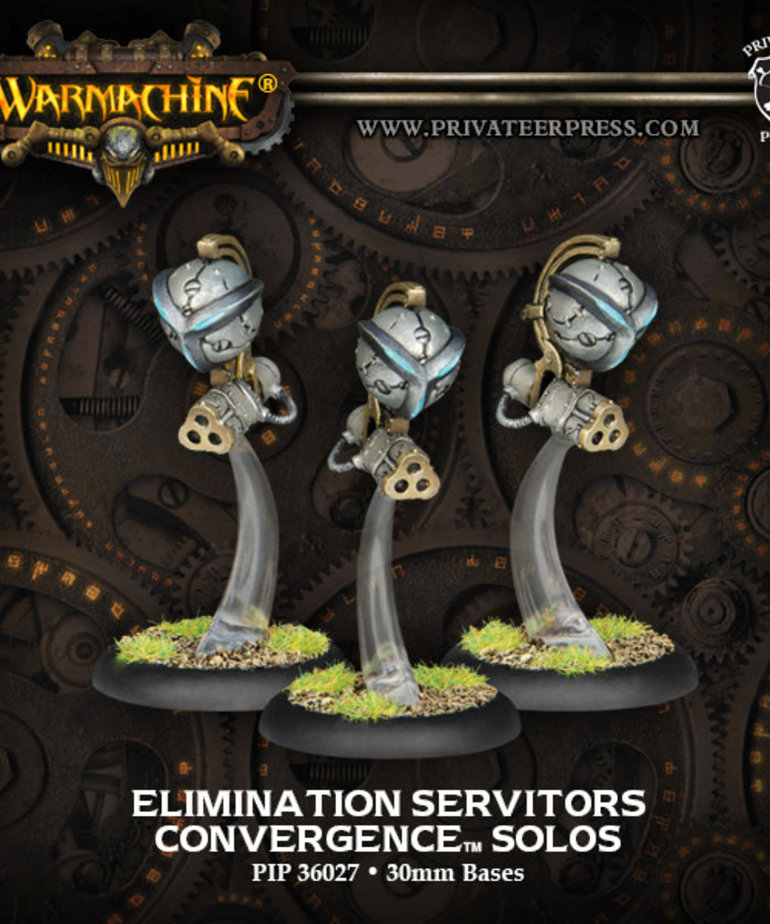 The elimination servitor operates by one directive: hunt down and terminate any and all it does not recognize as an ally. Once it has acquired a target, an elimination servitor advances in a series of precise movements intended to bring its spike projector to bear with the greatest efficiency. The spikes inflict modest but reliable damage and are particularly effective against foot soldiers.