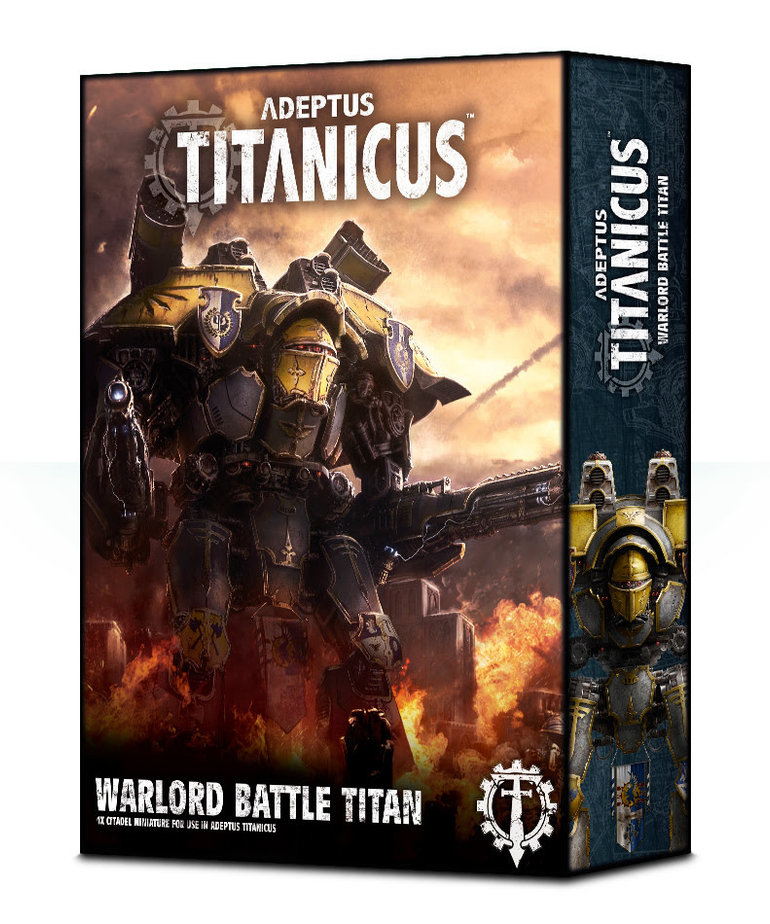 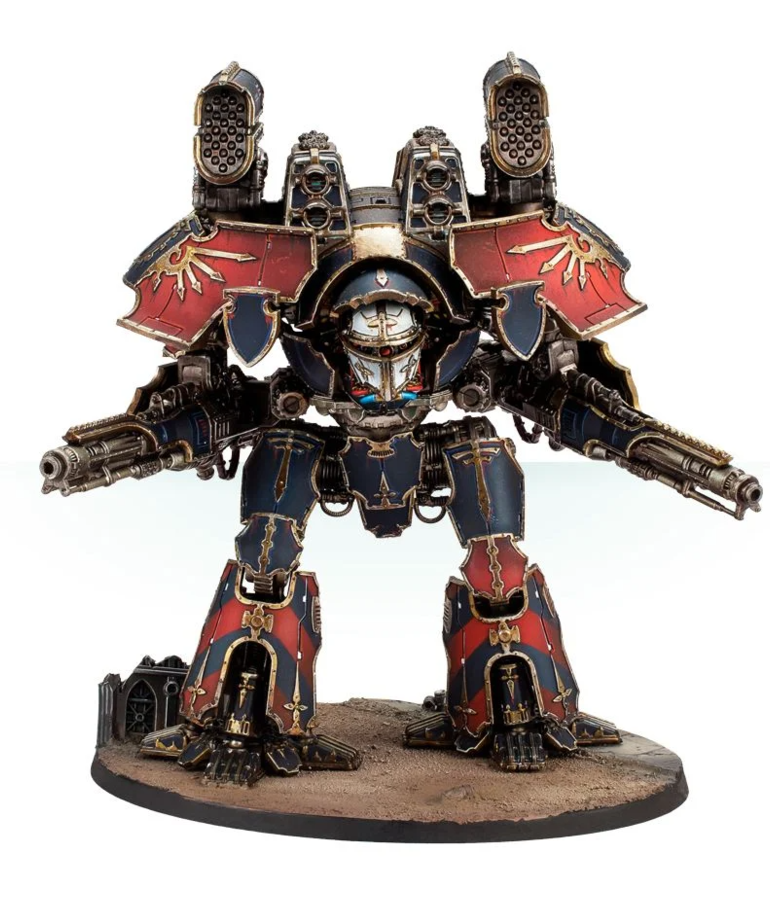 Warlord Battle Titans bestride the battlefields of the Imperium, their thunderous tread heralding the destruction of the enemies of Mankind. A mainstay of the Collegia Titanica, Warlord Battle Titans are among the largest and most powerful war machines ever devised by the Mechanicum.

Standing approximately 6” tall, this representation of a colossal god-engine is unbelievably detailed and posable. It is made up of 144 components – while it is possible (and easiest) to assemble this miniature in exactly the pose depicted on the cover of the comprehensive assembly guide found in the box, the advanced hobbyist will find that the hip, knee and ankle joints can be modelled in virtually any position imaginable. As a result, no 2 Titans ever need be built in the same pose, and the details – pistons, hydraulics, exposed machinery and power systems, ventilation – can be truly admired.

The components for the Warlord Battle Titan are split between 3 frames: 1 featuring the inner skeleton, leg and torso assemblies that build the main structure, 1 frame of carapace and armour plates that give the Titan its distinctive shape, with Great Crusade and Age of Darkness armourials allowing you to display your models’ allegiance (blank examples are included) and a frame of weapons – a Warlord Battle Titan boasts 2 volcano cannon, which are an integral part of the arm assemblies, and 2 carapace-mounted apocalypse missile launchers. The kit also features a choice of 2 heads.

Contents:
- This kit comes as 144 components, and is supplied with a Citadel 120mm Oval base. Included is a transfer sheet with heraldry for the following Legios: Gryphonicus, Fureans, Astorium, Atarus, and Mortis.