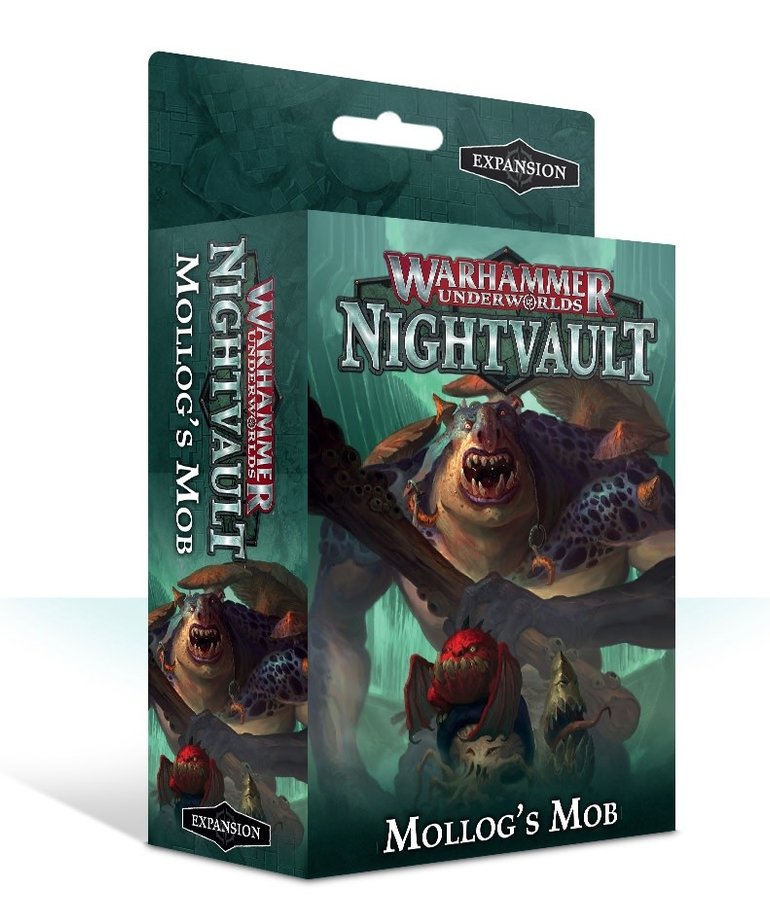 Preorder items are not yet available.

The Mirrored City is full of conquerors, despoilers and seekers of arcane knowledge, but Mollog â€“ an ancient Dankhold Troggoth â€“ just wants a nap! Stirred from a long slumber, he now seeks a bit of peace and quiet, and is more than happy to crack the skulls of anyone whoâ€™d deny it to him.

Mollogâ€™s Mob is a Warhammer Underworlds warband like no other, focused around a single, brutally powerful fighter (and his squiggy mates). Youâ€™ll sweep through unprepared warbands with ease, using a host of nasty critters to support your rampage. Inside this set, youâ€™ll find four push fit models that let you build Mollogâ€™s Mob, plus fighter cards for keeping track of their rules in battle.

This set also features 60 unique cards, available only in this set. Youâ€™ll be able to harness the full might of Mollogâ€™s Mob with 29 warband-specific cards, or upgrade your decks for any warband with 31 universal cards â€“ including objectives, ploys and upgrades â€“ that anyone can use.

Once you've conquered the Mirrored City, you can move on to the Mortal Realms and use Mollog as a Hero in your Gloomspite Gitz army with a free warscroll.