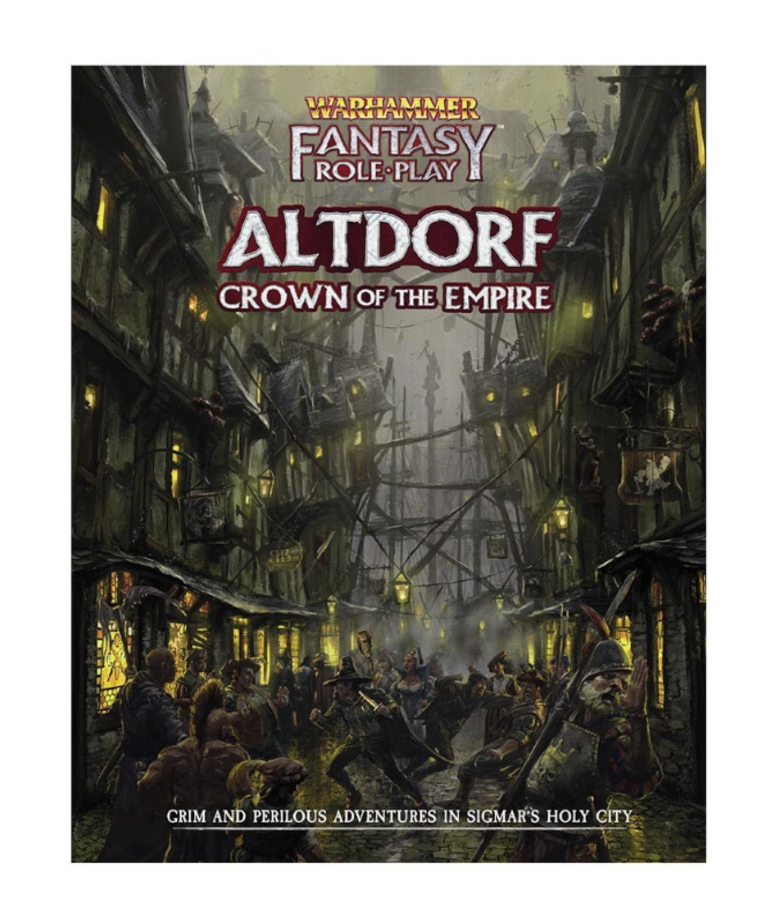 0 reviews
Add your review
- Altdorf: Crown of the Empire is a fascinating and entertaining 224-page guidebook to the capital.
1 In Stock
Add to wishlist / Add to compare / Print

Altdorf: Crown of the Empire is a fascinating and entertaining 224 page guidebook to the capital. Standing on the confluence of two of the greatest rivers in the Empire, Altdorf is a nexus of power: government, religion, magic and military. Each district is carefully detailed with a wide variety of locations, plot hooks, and NPCs.

A beautifully illustrated map, provided with both GM and Player versions, shows off the expansive city in exquisite detail.

Altdorf: Crown of the Empire is extensively researched; combining details derived from over 30 years, including stories, sourcebooks, and roleplaying scenarios, with new material to create the ultimate sourcebook for thrilling adventures in the capital.

Contents:
- A History of Altdorf: A timeline of events leading up to the present day.
- How Altdorf is Ruled: A detailed examination of both secular and religious power in Altdorf.
- A Visitor's Guide: The city is divided into three great quarters, each comprised of several distinct districts.
- Altdorfers: Over 45 NPcs are examined in detail.
- Beneath the Streets and Beyond the Walls: Altdorf extends down into the mud and beyond its walls.