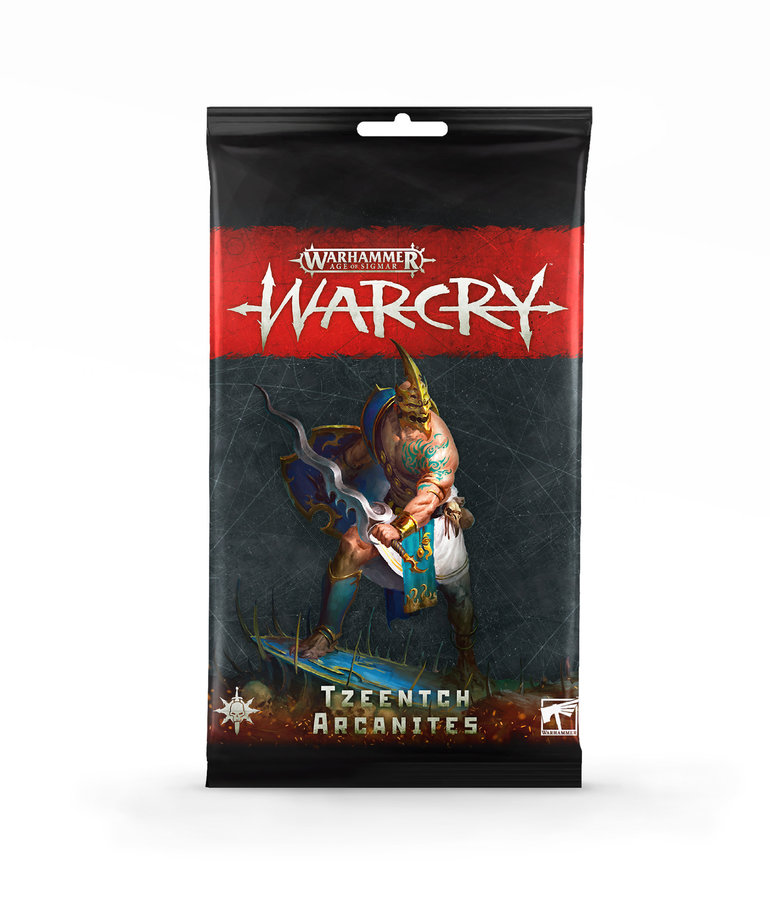 Tzeentchâ€™s minions revel in manipulation â€“ after all, it is not for nothing that their patron is known as the Architect of Fate. Within great cities lurk hidden Kairic Acolytes, while vicious Tzaangor flocks stalk the warped wilds. The daemons of Tzeentch are especially strange, often casting forth gouts of aetheric fire. Tzeentch is the greatest patron of sorcery among the Chaos Gods, and so it is little surprise that many of his followers are mighty wizards, their sorcerous power rewriting the very laws of reality.

Master the magical mayhem of the Tzeentch Arcanites with this card pack! This set allows you to use Tzeentchâ€™s bestial and mortal followers in your games of Warcry â€“ a varied warband equally at home incinerating foes with warpfire and getting stuck in. After all, dead to alive is change enough for Tzeentch!

Contents:
_x000D_ - A faction ability card, allowing you to harness tactics, tricks and abilities unique to this warband, including the runemarks you need to use them. The reverse allows you to identify the fighters in your warband. The set contains a faction abilities card in each of the following languages: English, French, German, Italian, Spanish, Chinese, Japanese, and Russian.
_x000D_ - Fighter cards for 16 types of fighter, including Tzaangors, Kairic Acolytes, and Tzaangor Enlightened.
_x000D_ - 2x divider cards, used to keep track of any tokens that apply to fighters in games.