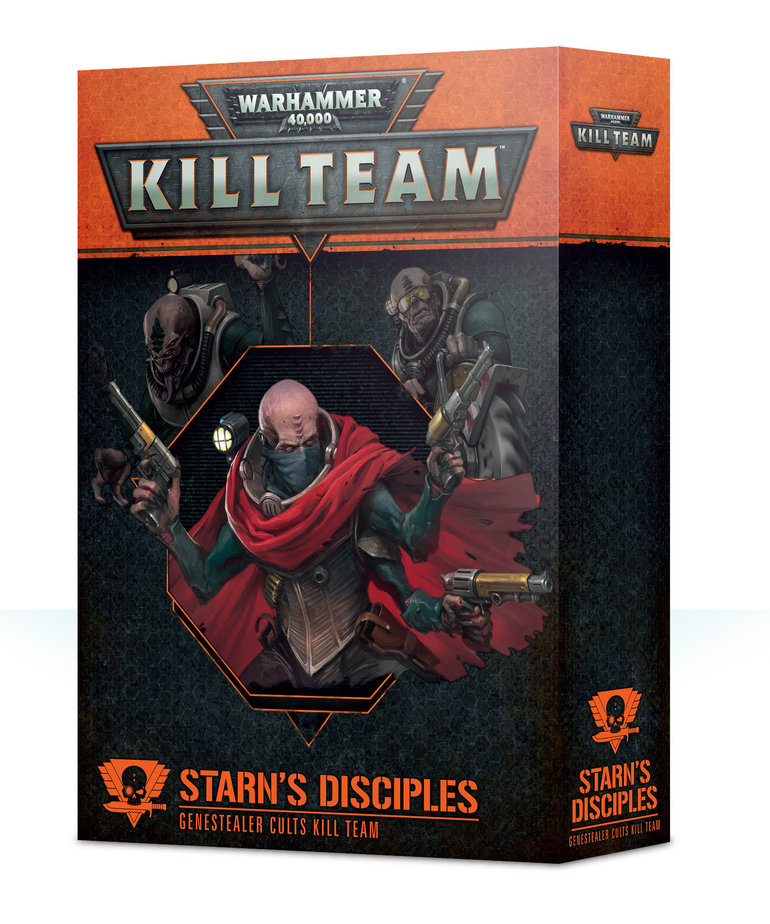 Ghyrson Starn is a hero of the xenos-tainted cultists who infest the war-torn world of Vigilus, a symbol of resistance against the tyrannical Imperium. To his enemies he is an anarchist and a cold-blooded killer, an assassin who steps from the shadows to slaughter his foes with blasts from his custom autostub pistols. He leads the kill team known as Starnâ€™s Disciples, each of whom would gladly sacrifice their life for the gunslinging hero they idolise. This band of killers has murdered planetary governors, sabotaged Imperial monuments and stolen munitions from Astra Militarum outposts, building their infamous legend with every fresh outrage.