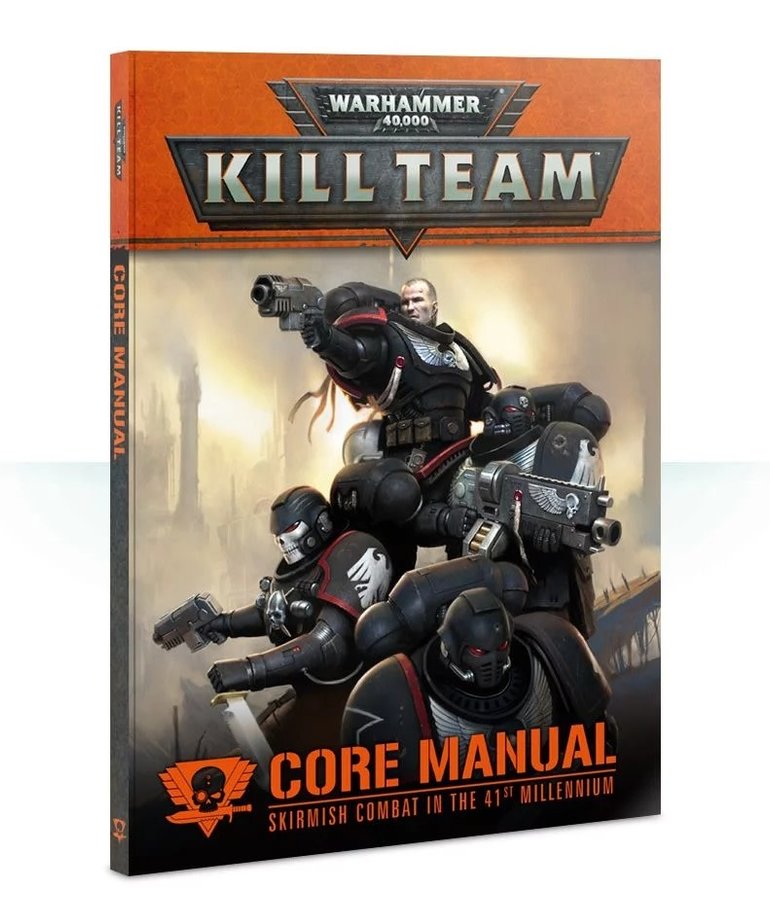 It is a dark and terrible age. The Imperium of Man battles for survival against foes beyond count. Upon a million worlds, the fires of war burn bright and the cries of the damned echo to the heavens. Amidst the madness and the horror, elite bands of killers stalk each other through the tangled jungles and echoing ruins, claustrophobic tunnels and blood-spattered trench lines.

These are the kill teams, hand-picked squads charged with completing the most dangerous and difficult missions. The lives of millions and the fates of entire war zones hinge upon their deeds, for these are the messengers and the assassins, the protectors and the scouts whose efforts can spell the difference between spectacular triumph and apocalyptic defeat. Ordered into battle by charismatic leaders and spearheaded by specialist warriors bearing deadly weapons, each kill team strives to overcome its rivals and achieve victory at any cost!