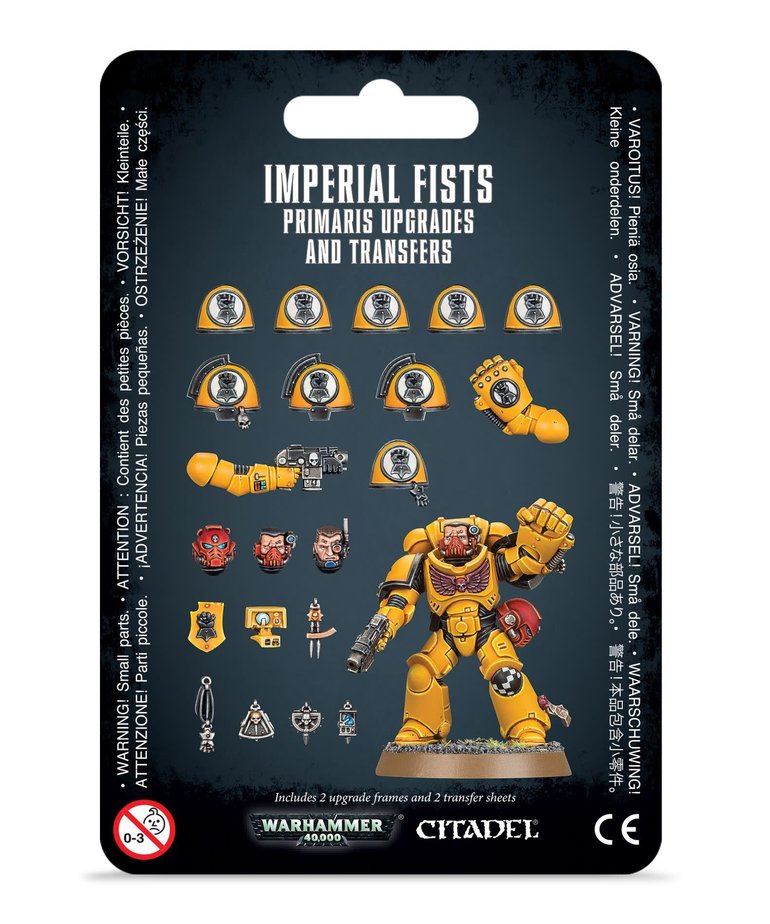 Show your allegiance to the Sons of Dorn with this set of upgrades and transfers for your Primaris Space Marines. It can be used to upgrade a variety of squads with iconography and details specific to the Imperial Fists and Crimson Fists Chapters.

- Upgrade a variety of Primaris units.
- Add iconography and details unique to the Imperial Fists and Crimson Fists.
- Finish your models with Chapter-specific transfers.