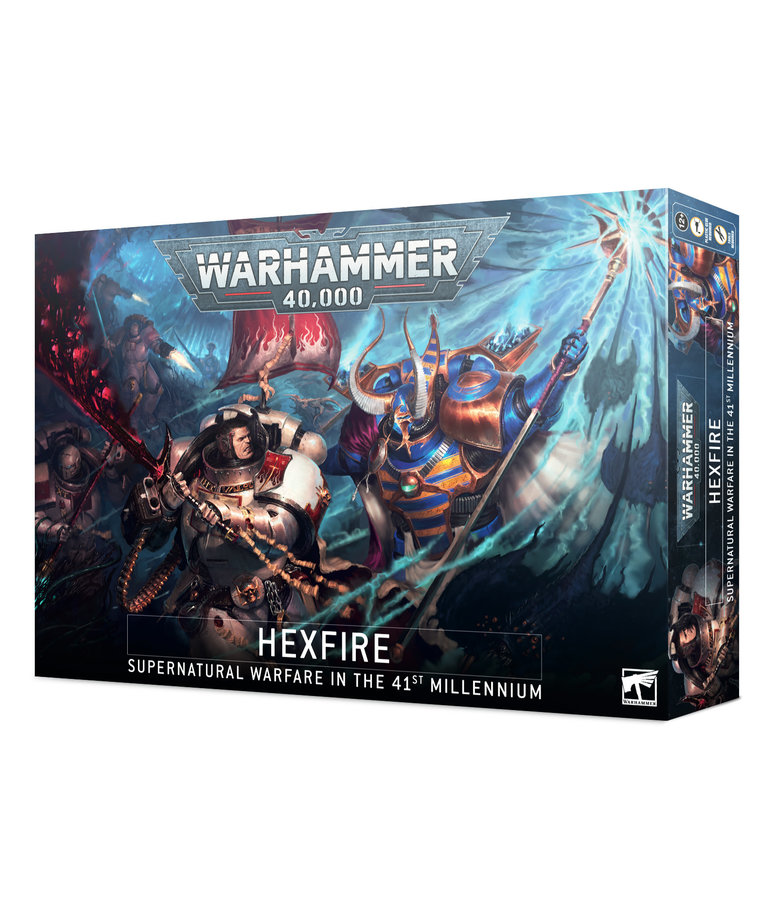 0 reviews
Add your review
- Collect two elite forces in one battlebox - Grey Knights and Thousand Sons
- Get the Infernal Master and the new plastic Castellan Crowe, available first in this box
- Includes 29 models plus a campaign booklet
0 In Stock
Add to wishlist / Add to compare / Print

The Grey Knights are Humanity's champions in the war against the Dark Gods of Chaos. Even amongst their ranks, Castellan Crowe and his Purifiers stand out as beacons of righteousness and heroism. Yet as they race into battle above the planet of Hexenfast, Crowe and his warriors risk giving their enemies precisely what they want. Determined to seize the infamous Blade of Antwyr, Infernal Master Xentep Korazon and his sorcerous Thousand Sons spring their insidious trap, and battle is joined.

Whether you want to split the contents of this box with a friend or add both forces to your own collection, this battlebox has plenty of fantastic units for both Grey Knights and the servants of Tzeentch.

The 40-page Hexfire campaign book includes background narrative detailing the conflict between the Grey Knights and Thousands Sons over Hexenfast, plus additional rules to depict this supernaturally tainted theatre of war. You'll also find datasheets for everything in the set, including the alternative build options for kits that can make more than one unit type, in addition to new Crusade rules for both factions.

A pair of missions allows you play through a mini-campaign that’s ideal whether you're looking to learn the ropes with the armies in the set, or enjoy an evening of thrilling games with a friend. The Hexfire battlebox is a great choice for new and existing players alike.