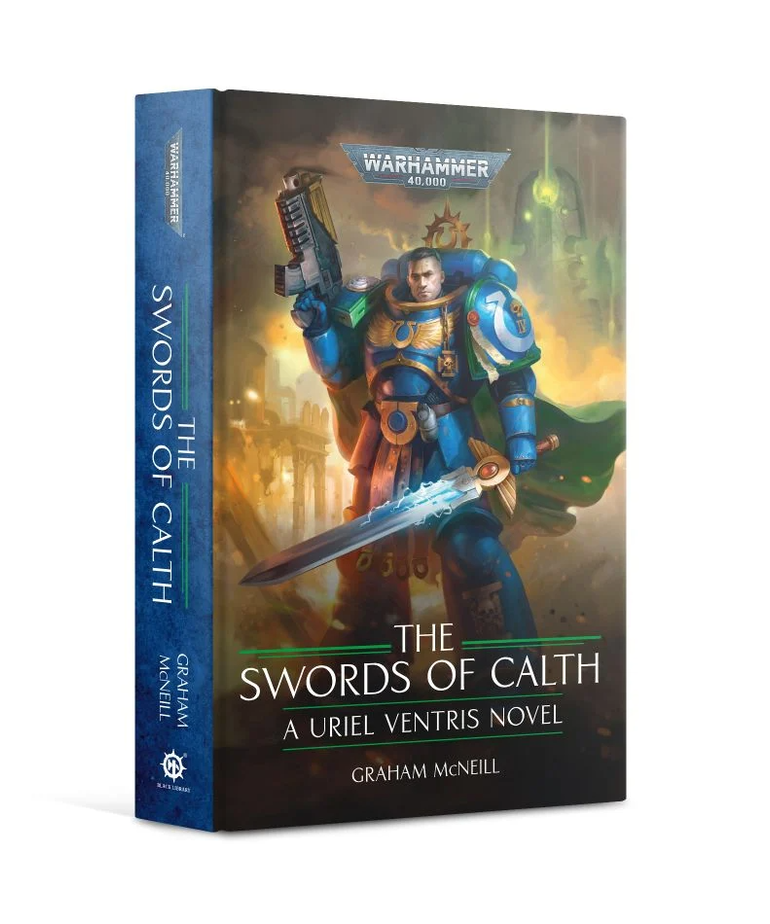 A Uriel Ventris novel
Uriel Ventris returns! Newly ascended to the ranks of the Primaris Space Marines, Ventris leads the Ultramarines Fourth Company – the famed Swords of Calth – to war against the ancient necrons. Old enemies arise, as Ventris' past and present collide in brutal battle.

READ IT BECAUSE
One of Black Library's longest-running series continues – and the hero's been given a new lease of life as a Primaris Space Marine. Discover how Ventris adapts to his new life even as his past comes back to haunt him.

THE STORY
Uriel Ventris, newly ascended to the ranks of the Primaris, leads warriors of the Fourth Company from the Indomitus Crusade of Roboute Guilliman to a world on the frontiers of Ultramar. Once a battleground against the orks, Sycorax is now under furious assault from an enemy of ancient times – the necrons. The Ultramarines have faced these baleful xenos before, but Uriel senses the hand of a foe from his past at work on Sycorax, a tally unfinished and a debt to the Imperium finally come due.

Trapped deep in a devastated city, Uriel leads the Swords of Calth into battle, and must adapt to his new incarnation as one of the Primaris – a challenge that will test his soul as much as it will test him as a warrior.