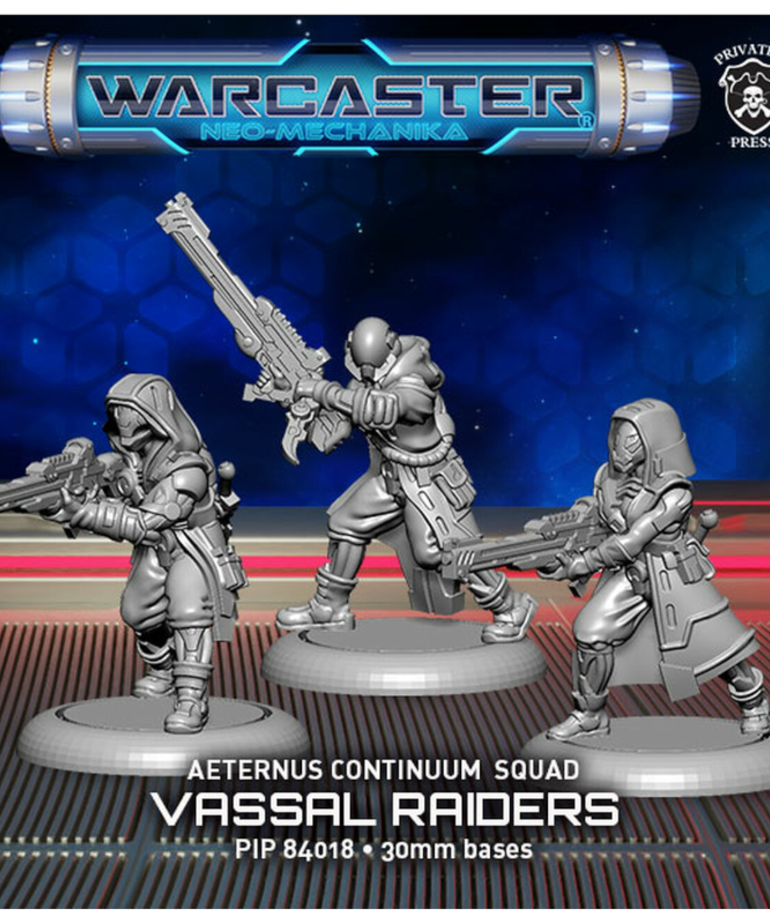 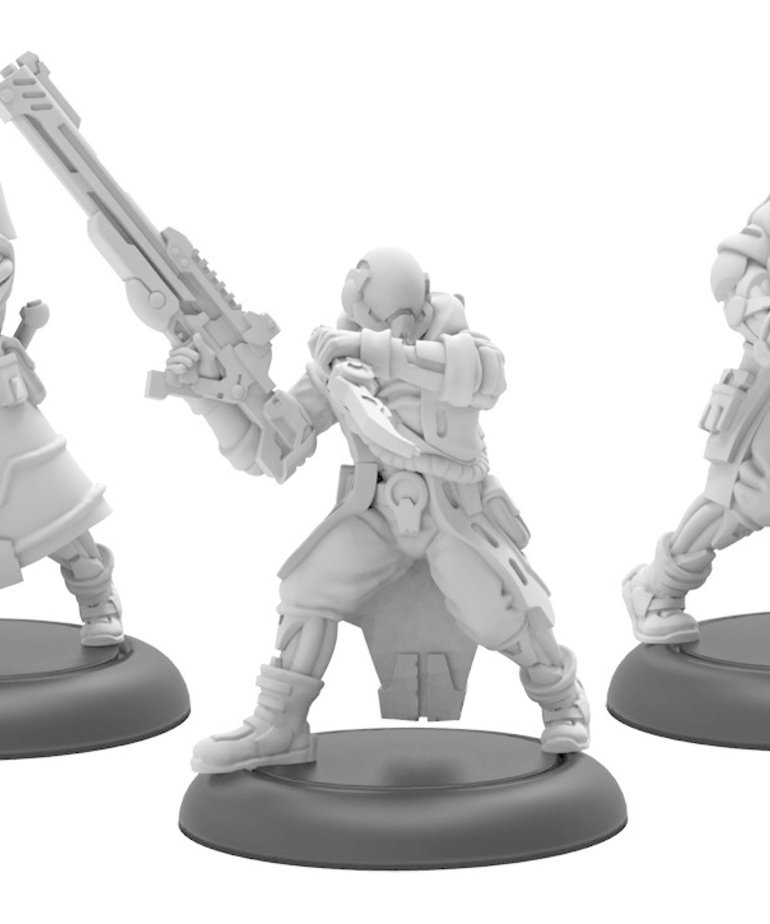 Owing a period of service to the Temple each year, the Vassal Raiders are the citizen militias of the Aeternus Continuum. Though they are most often relegated to defending Continuum settlements and territories, they are sometimes dispatched to raid enemy holdings or to support the Temple's larger military incursions. The Vassal Raiders are armed with Spiker rifles, mechanika weapons that, when charged with Arcanessence, fire a caustic projectile that devours all known matter, whether organic or inorganic.

- Three-model squad.
- The Vassal Raiders' Spiker rifles inflict the Corrosion continuous effect while the squad is charged.
- Their Mimetic Cloaks give them Stealth while charged.
- The Vassals' Phase Sequencer mechanika enables them to spike to move through walls, buildings, and other models.