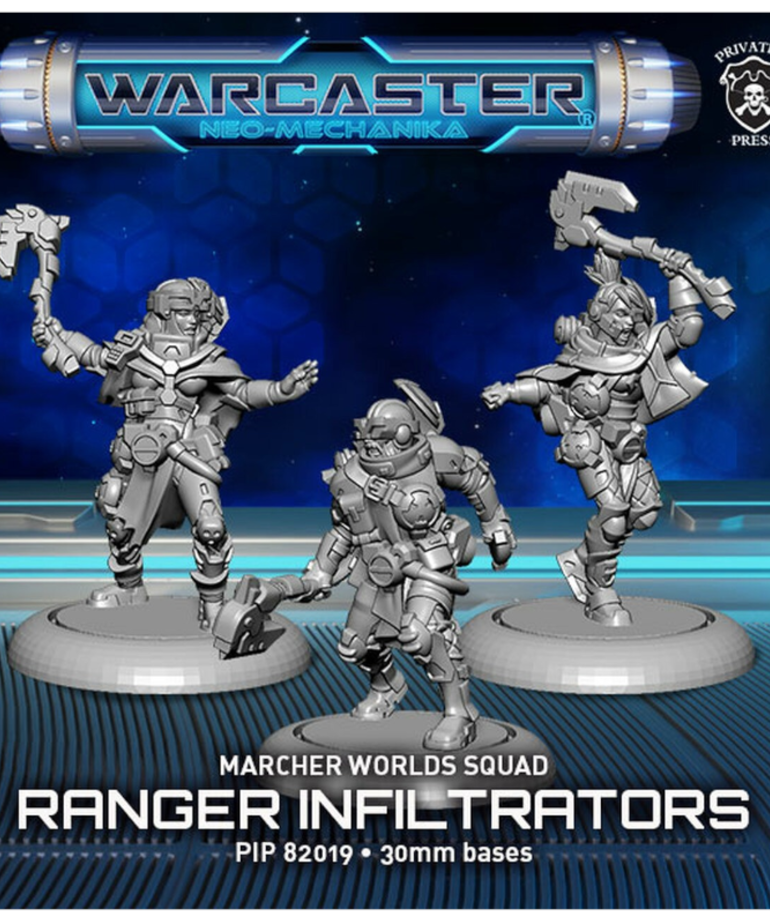 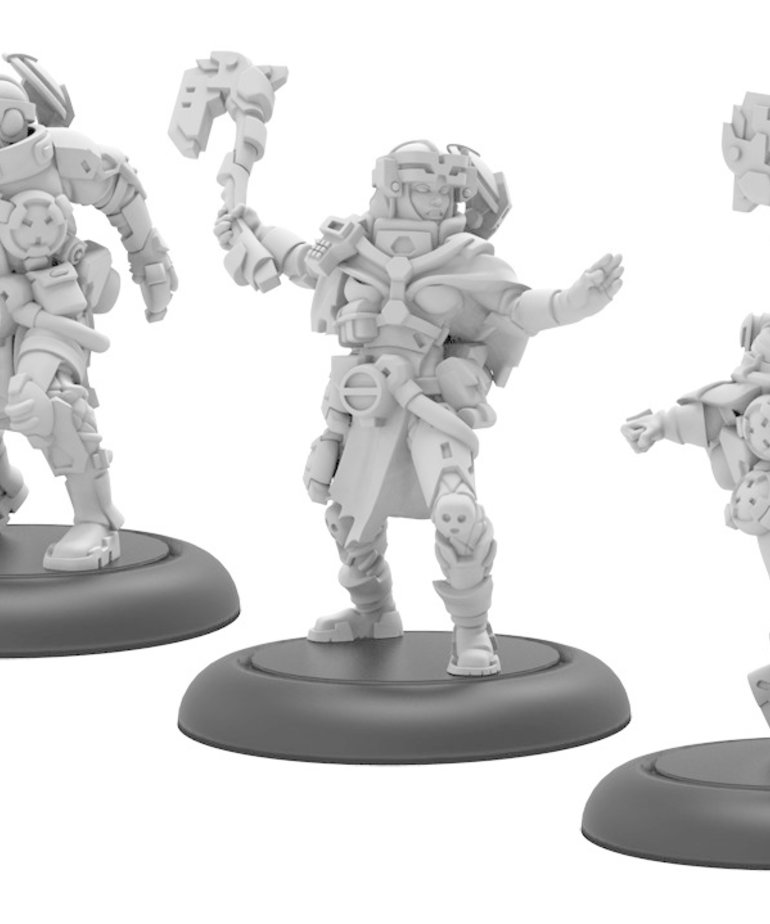 The Infiltrators are the close combat specialists of the Ranger forces. Armed with brutally effective fusion axes as magnetic charges, the Infiltrators bring the fight directly to the enemy with deadly effect. While their slip displacers can help them reach the enemy, once the explosives are set they must sprint for cover to escape the blasts.

- Three-model squad.
- Their Magnetic charges are blast weapons. When an Infiltrator hits with a Magnetic Charge attack, it can immediately move up to 3".
- While charged, these models ignore movement penalties for rough terrain.
- The squad can spike to activate its Slip Displacer, enabling it to immediately move up to 3".
- The Fusion Axes have the Cleave special rule, possibly allowing an Infiltrator to destroy two enemy models during a single activation.