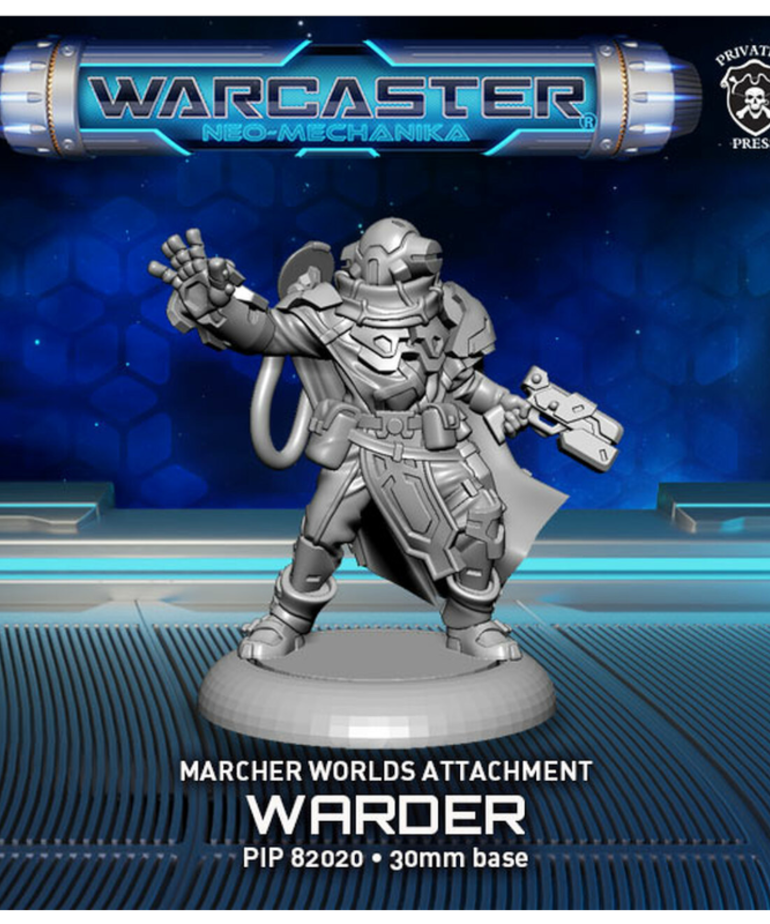 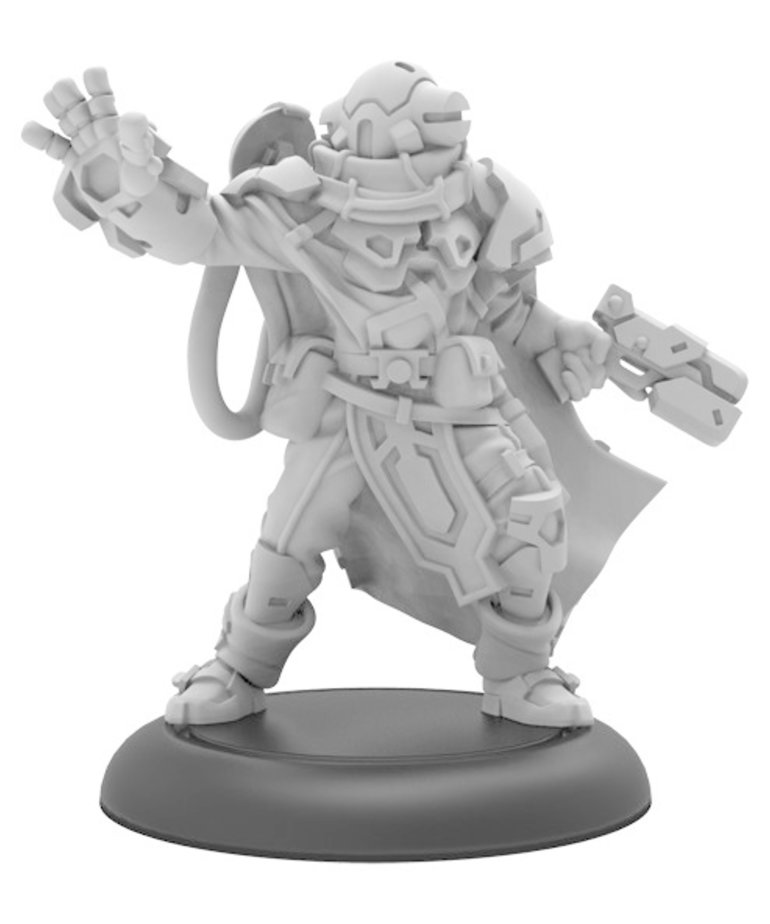 The Warder is a wyrd, a human born with the ability to sense and manipulate Arc. Though much weaker than those born with a more intuitive command of arcane forces, such as theurges and warcasters, the wyrds’ capabilities enable them to counter opposed magical forces on the battlefield. For reasons not yet entirely understood but possibly linked to unique mining techniques, some Marcher Worlds are given to high percentage of wyrd births. Many of these children are trained in the use of their limited talents and inducted into the Ranger forces at an early age. Equipped with specialized mechanika to increase these powers, such individuals serve as Warders, whose role is to defend their squads against the disruptive Furies of their enemies.