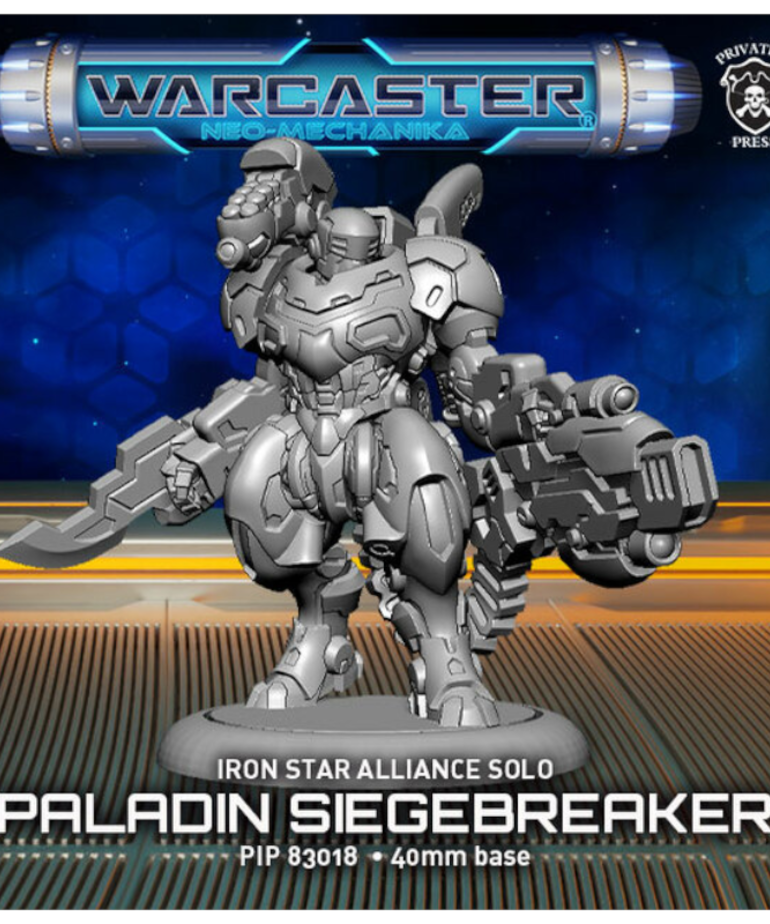 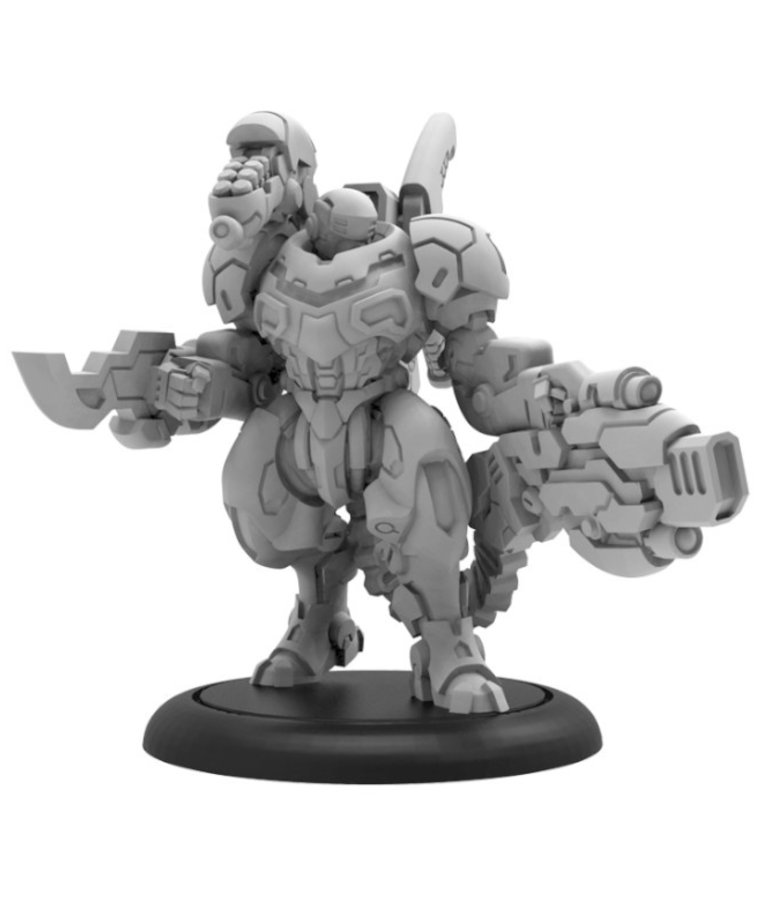 0 reviews
Add your review
Paladin Siegebreaker is from Iron Star Alliance faction for the miniatures game Warcaster: Neo Mechanika by Privateer Press with the item number PIP83018.
0 In Stock
Add to wishlist / Add to compare / Print

A walking arsenal of advanced firepower, the Paladin Siegebreaker strides the battlefield from within the eye of the storm, obliterating any obstacle in its path with overwhelming force. Though slow and plodding under the weight of heavy exo-armor, the Siegebreaker’s arcantrik turbine can speed up his pace in battle. Though capable of attacking with all of his weaponry simultaneously, the Siegebreaker’s mechanika Power Focus enables it to channel Arc into a single guided attack, meaning he can either target multiple enemies or devastate a single target with a focused strike.