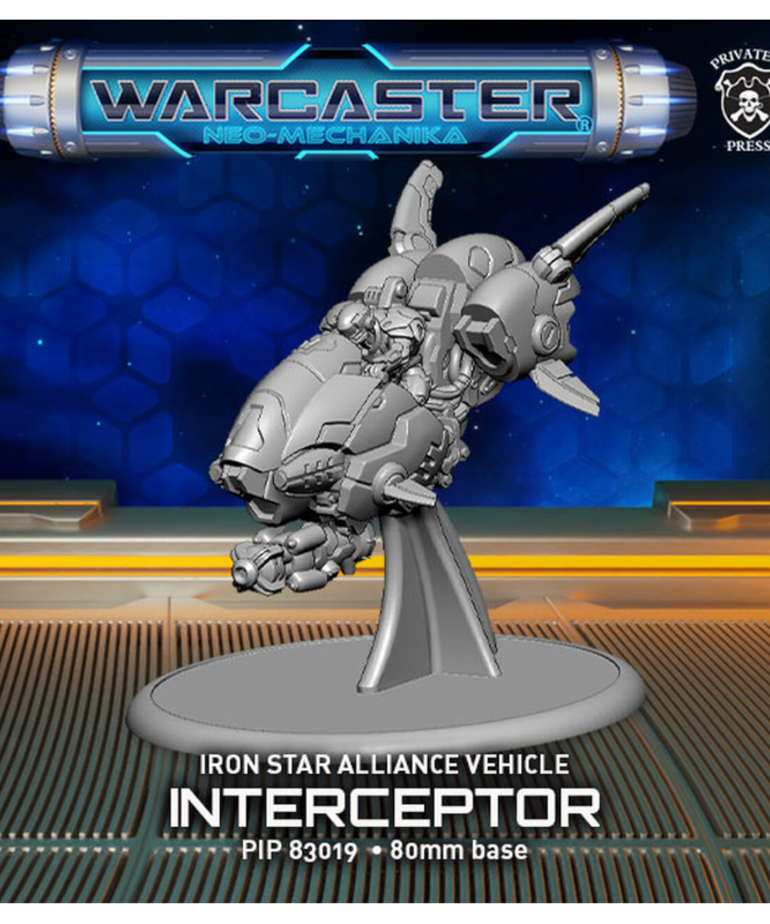 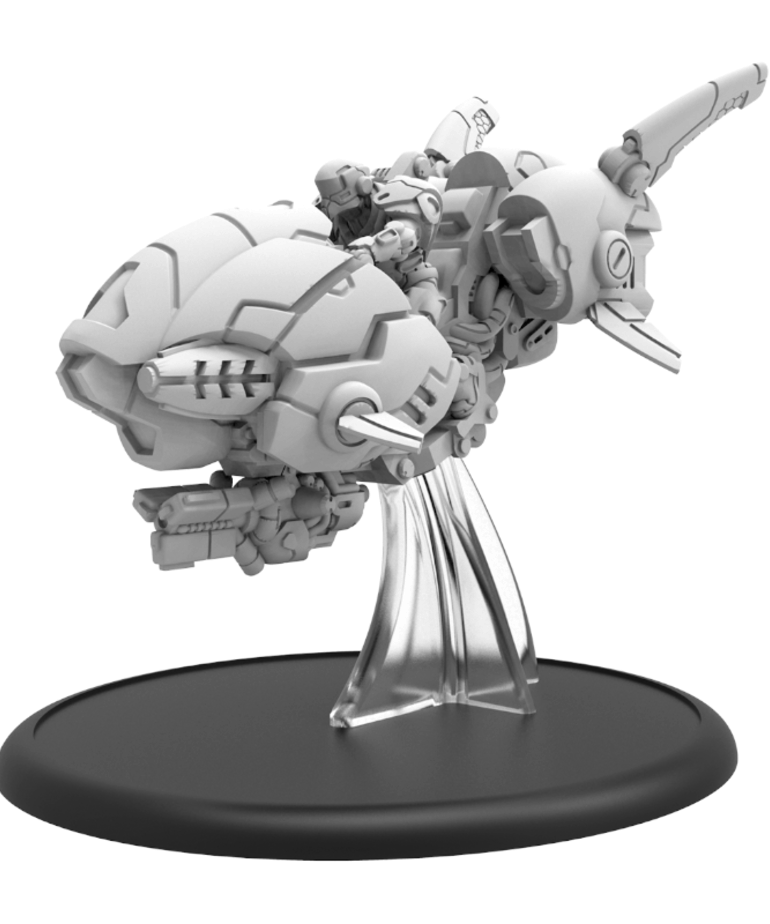 The ISA Interceptor is a compact and fast-moving speeder that relies on complex mechanikal systems to generate a field of anti-gravity for lift. Propulsion is provided by a trio of thrusters stabilized by small, front-mounted fixed wings, resulting in an agile and responsive machine that is a joy to fly and a terror to face in the skies. Though light for a combat vehicle, the Interceptor's speed and maneuverability are without compare. The standard light pursuit vehicles of the ISA's Paladin forces, the Interceptor features a pair of fixed mounted assault rifles as its stock weaponry. An additional hardpoint is set into the underbelly of the speeder that can accommodate a number of weapon options.

Contents:
- Can be armed with one of three weapon options.
- Can make one Maneuver each activation chosen from a Maneuver card tailored for the Interceptor.
- Can fly.
- When missed by an attack while charged, this model can move up to 3".
- Can spike to use two Maneuvers in the same activation.