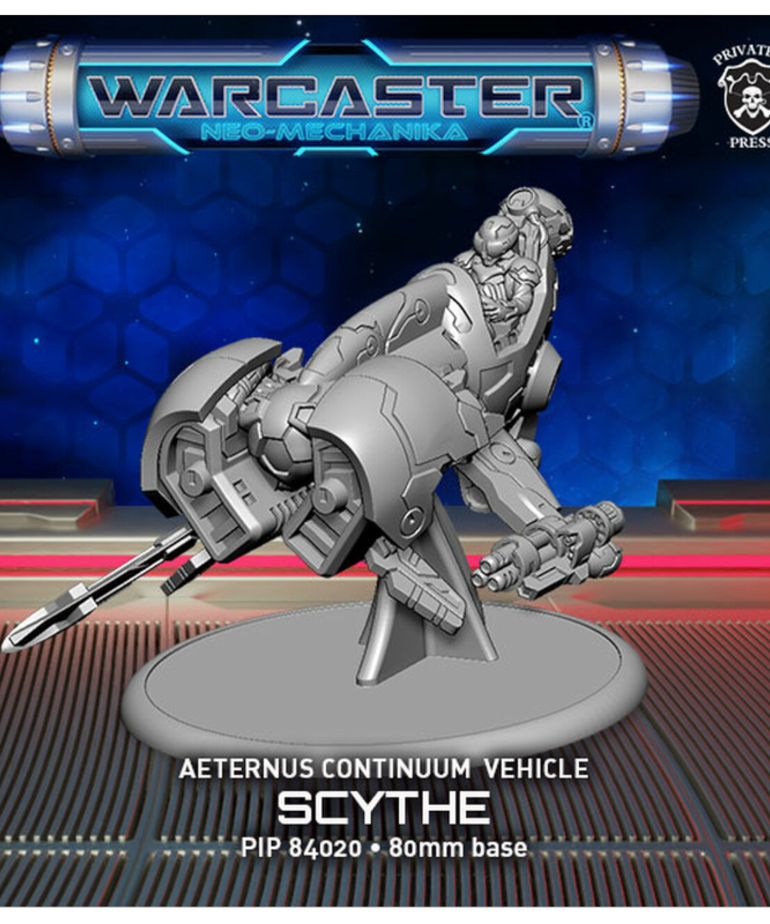 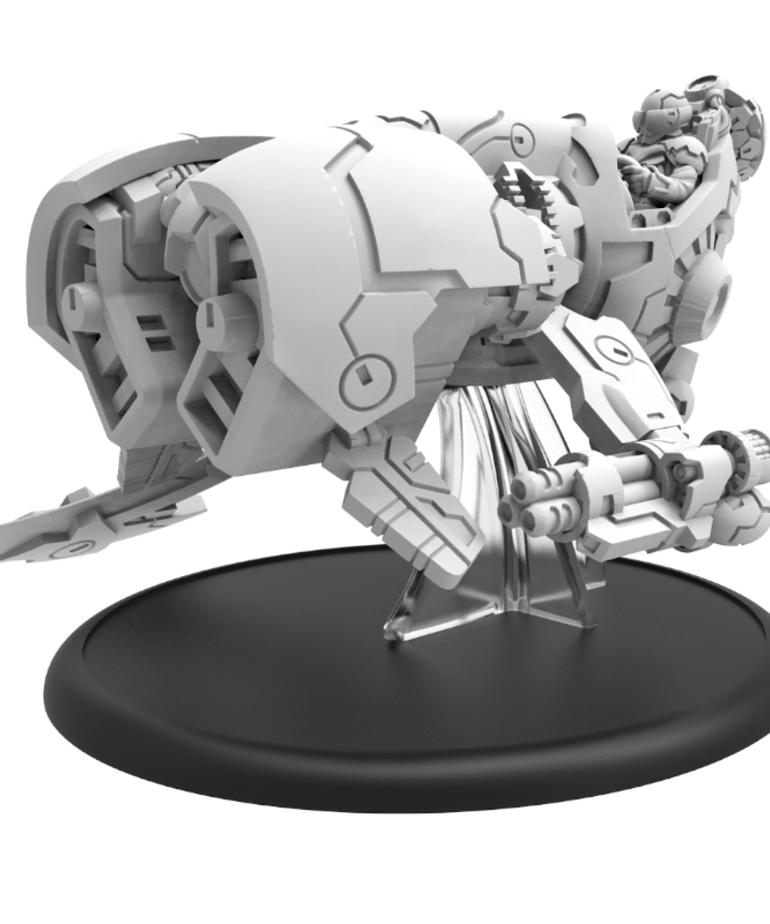 A truly cantankerous workhorse, the Scythe is a fearsome aerial combat vehicle developed by the Aeternus Continuum. Despite some unevenness in flight, the Scythe is capable of remaining combat ready and effective even in the face of structural damage that would cripple a lesser vehicle. With its weapons mounted on its wings, the Scythe features a unique rolling or flipping wing design that allows the pilot to change the configuration of its armament in the midst of battle. This armament consists of a brutal fixed fusion blade on one wing paired with a modular hardpoint on the other. It is this fixed wing blade that gives the Scythe its name. The potent and reckless weapon is designed to cleave through both enemy craft and the troops who dare face the Continuum in battle. The modular hardpoint can be equipped with a variety of weapon options, including a Heavy Displacer, Heavy Stinger Cannon, and a Hollowphage Cannon.

- Can be armed with one of three weapon options.
- Can make one Maneuver each activation chosen from a Maneuver card tailored for the Scythe.
- Can fly.
- Can spike to move up to 3" and then make one attack.
- After advancing during its activaation while charged, the Scythe can make one melee attack against each enemy model it moved over while advancing.