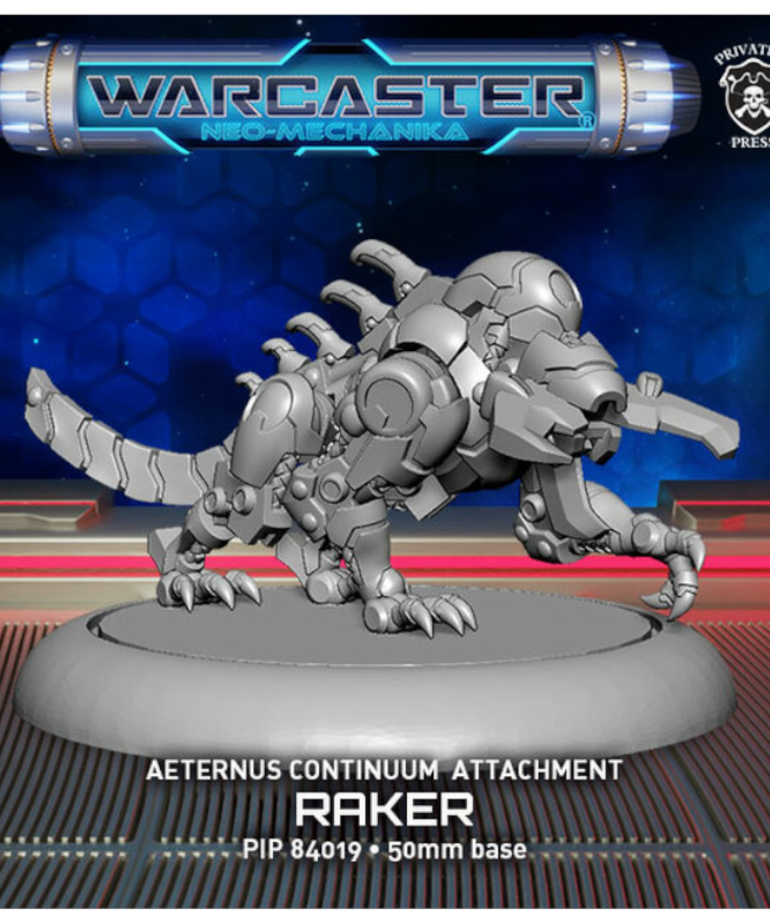 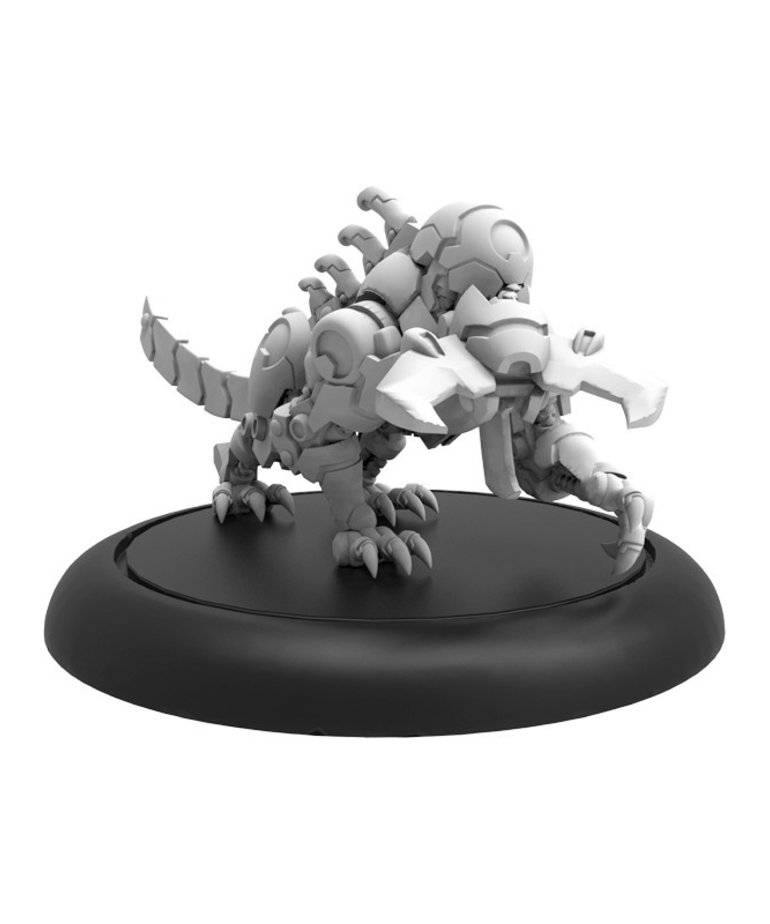 A massive robotic guardian beast created by the Aeternus Continuum to defend its temples, the Rakers are mechanical mastiffs typically issued to the Vassal squads that patrol the outermost grounds of a temple. Their suite of integral sensors makes the Rakers adept at locating and tracking down those spies and interlopers who seek access to temple grounds. A powerful and aggressive combatant, Rakers are also utilized in times of conflict and provide Vassal squads with much needed raw power on the battlefield. Rakers are equipped with simple cortexes that grant them a degree of autonomy and the ability to recognize and understand simple coded commands. The Rakers’ unnatural stillness until commanded to action belies their vicious animalistic nature. These beasts were built to hunt.