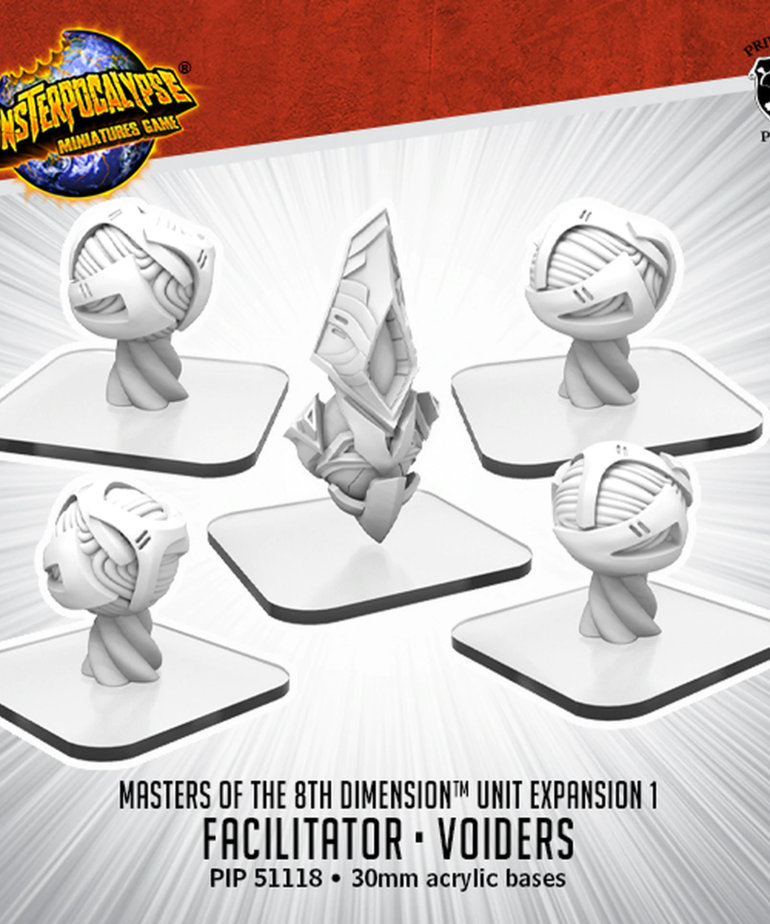 The lesser combatants that accompany an attack from the Masters of the 8th Dimension each have a very specific purpose and vanish just as quickly as they appeared when that purpose has been achieved. Voiders are the most common of these strange constructs. They are spheres of rapidly spinning layered material that float serenely across a city and then suddenly spark to life, erasing anything nearby. Rarer sights but sure to be accompanying every attack are the floating pylons called Facilitators. They appear to direct the actions of their fellows and even call some of them into existence.

This blister contains units that can be added to any Destroyers force. Voiders Hover over All-Terrain as they move inexorably toward their targets. When in position, great arcs of reality twisting power spring from them, not simply destroying what they attack but Nullifying its very existence. The Facilitator functions much like a Radar installation would in a human army. Capable of making devastating attacks of its own, it is just as deadly for the ability to Transport other constructs from the higher dimension its masters call home.