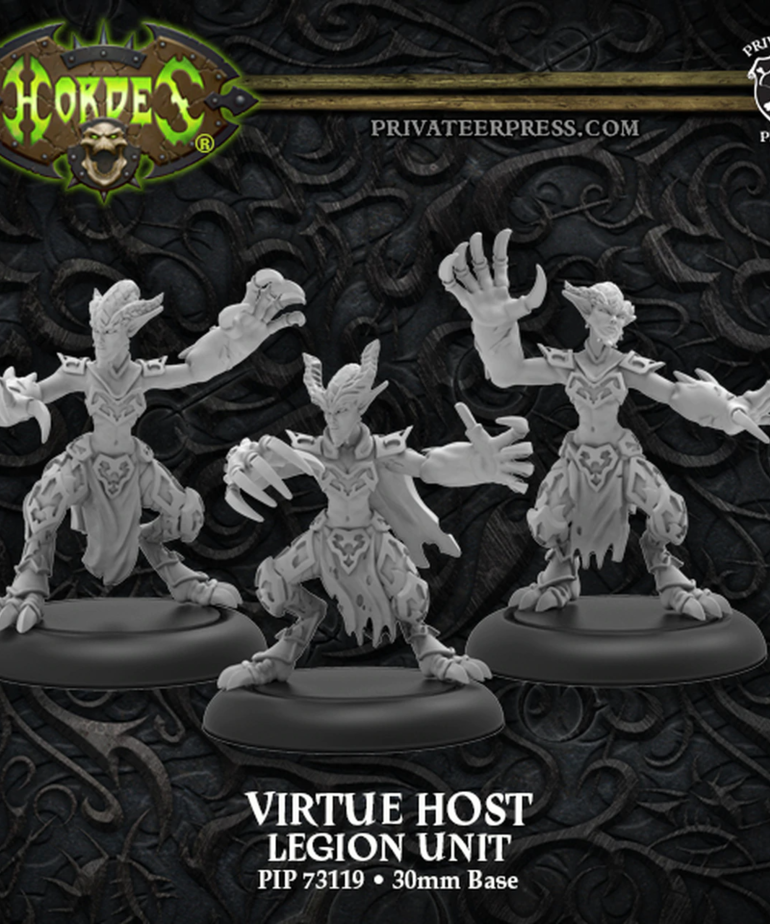 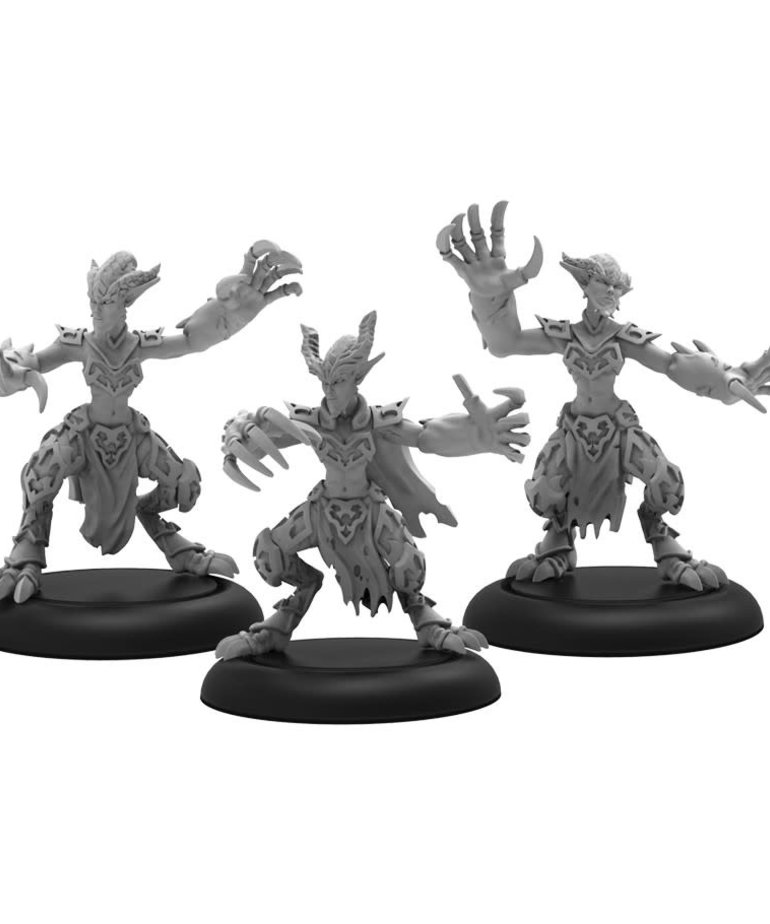 The dragon Everblight has unleashed a new species upon the endless battlefields of western Immoren, a species engineered to combat the threat of the infernals. Elegant and horrifying, the Virtues are Everblight’s elite vanguard, his perfect warriors. Every Virtue is born with the caustic blight of the dragon woven into their blood. These lightning-fast combatants can secrete clouds of toxicity from their pores, spit acid at their foes, and peel their dissolving forms apart with ease. The purity of their blight is so flawless that their mere presence masks the souls of the Legion’s faithful.

The Virtue Host is a three-model unit of elite infantry that excels at multiple forms of combat. With high defensive stats and excellent speed, the Virtues can close the distance with their foes quickly. When they draw near an enemy, they can assault them with their magically enhanced toxic spit, which will cover the enemy in corrosive acid.

All Virtues receive boosted melee attack and damage rolls against models suffering corrosion thanks to their “Peel Back the Layers” ability. This makes them deadly in their own right, as they are capable of corroding enemies the same turn they charge them, but when used in conjunction with the Blight Cloud ability granted by the Virtue Champion and the removal of enemy Immunities by the Blight Archon, this unit reaches its maximum damage potential.