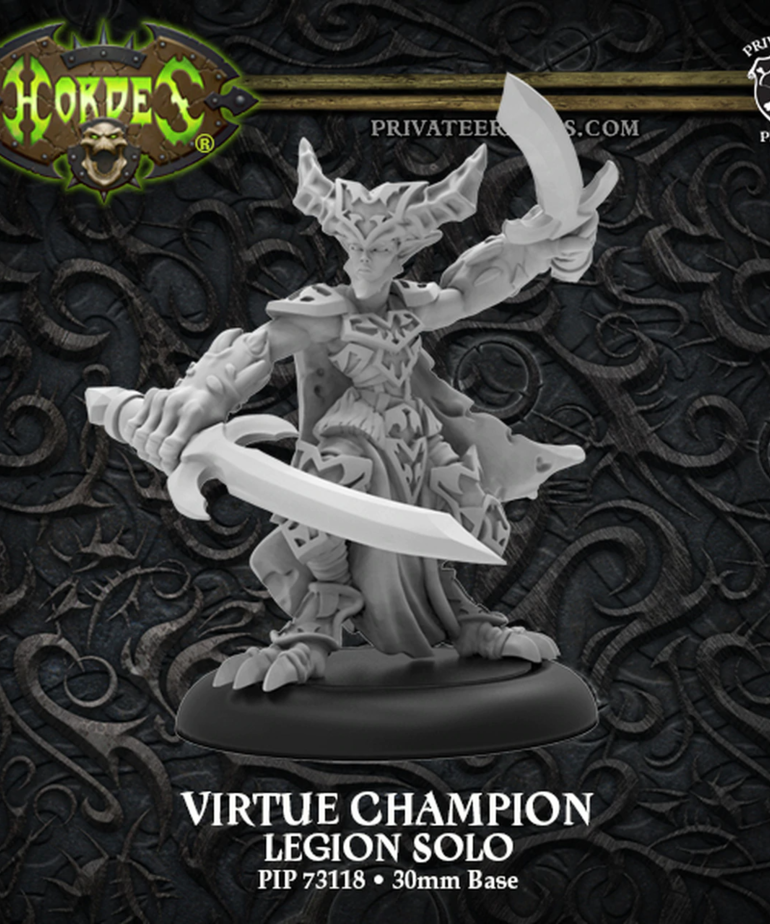 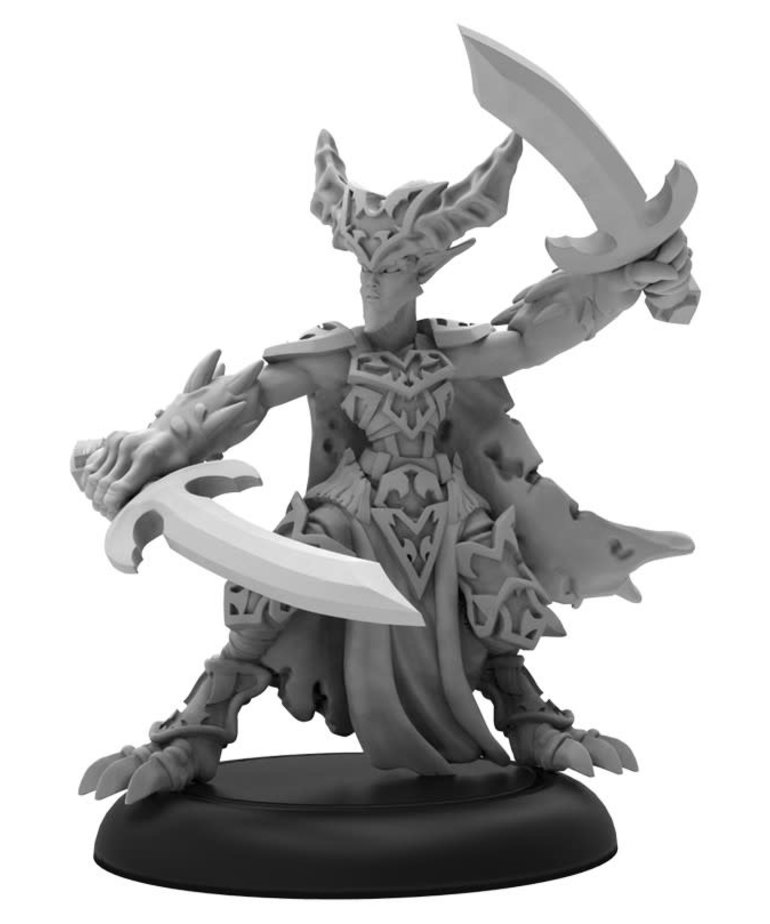 The newly created Virtue species are not mindless automatons in Everblight’s service. Each shares a sliver of the dragon’s alien intellect and is capable of independent thought and action. This mental freedom means that among the Virtues, there are those that rise above the ranks of their kin. Virtue Champions have mastered the blight within their blood and can secrete toxic clouds of Everblight’s blessing from their pores. Their control of the dragon’s blight is so great that the caustic blessing of their master persists in their presence, no matter what efforts their foes take to be cleansed. As a symbol of their elevated status, many Virtue Champions master difficult weapons or fighting styles to display their prowess in combat, such as dual-wielding claymores.

Virtue Champions are the elite solos of an already elite infantry type. They share all the same combat properties as a normal Virtue Host model, such as excellent speed, powerful ranged attacks, and boosted dice when attacking models suffering corrosion. In addition, the Virtue Champion has more health, more armor, and better offensive stats than a standard Virtue. These models wield a pair of blighted Claymores, making them incredibly deadly in melee combat. Virtue Champions can secrete Blight Clouds during their activation, and grant this ability to all nearby Virtue Hosts. In addition, the corrosion effect cannot expire on enemies near a Virtue Champion, ensuring that all foes blighted by the Virtues will remain so until their destruction.