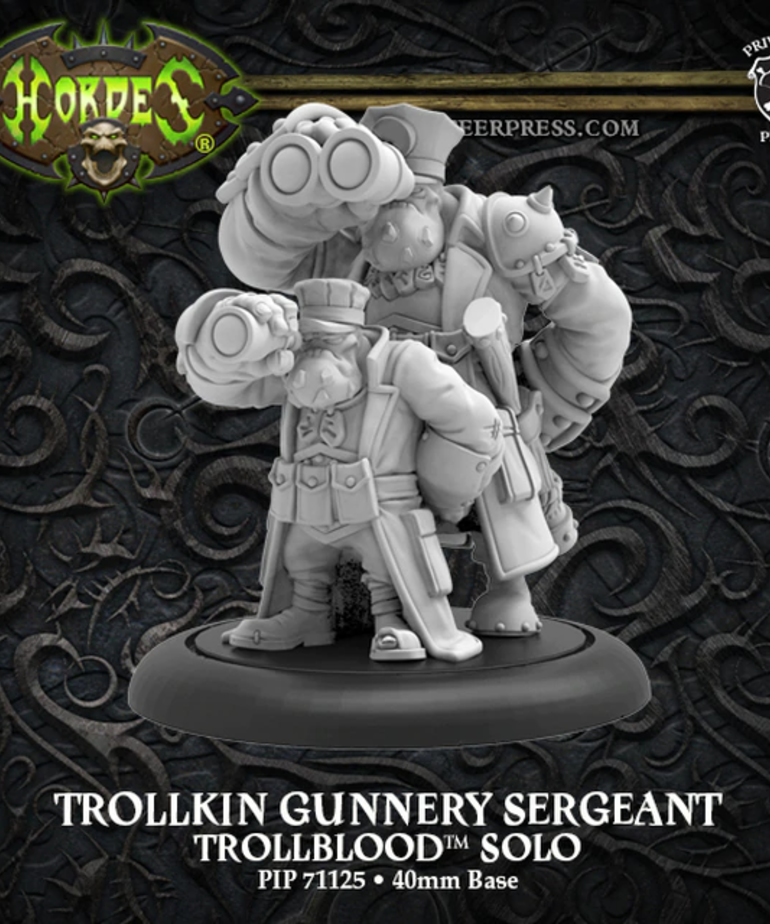 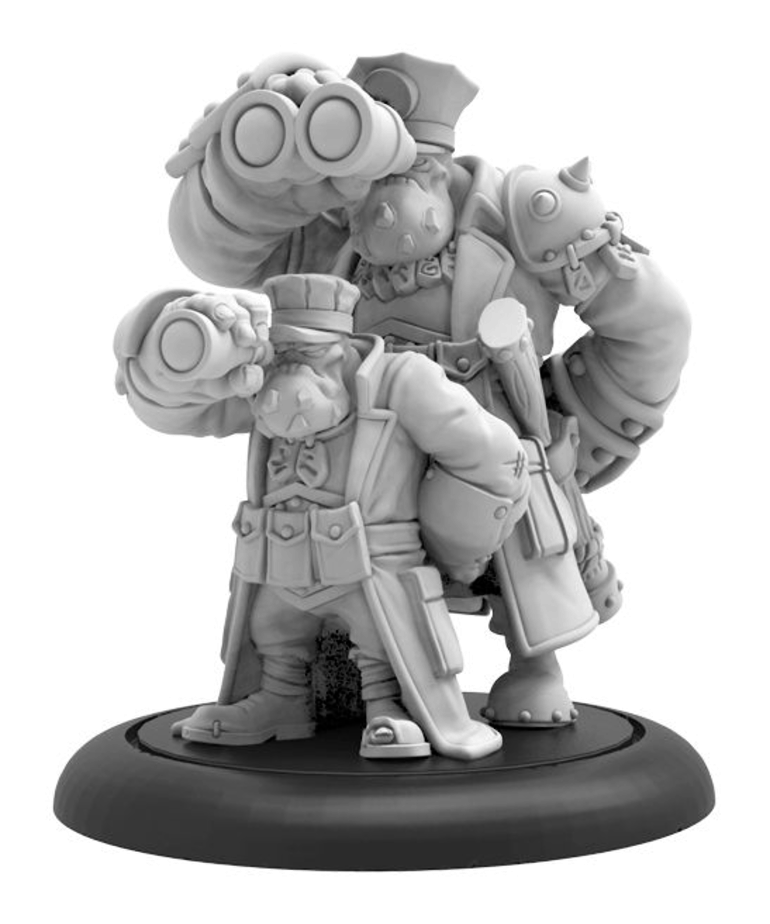 Many worshippers of Dhunia have united under the leadership of Brigadier General Gunnbjorn to fight back the infernal invasion ravaging their lands. Gunnbjorn was sure to organize those who aided his cause into a proper military, which required a disciplined chain of command. This included training gunnery sergeants to coordinate the mass artillery fire the Dhunian army is capable of unleashing upon their foes.

Each Sergeant has a keen understanding of military tactics and the grit to get the job done. Even as the enemy rushes their positions, artillery strikes are called in and weapon crews are ordered into position, shredding hostile soldiers to pieces with the ceaseless ordnance fire.

Trollkin Gunnery Sergeants are an excellent addition to any Trollblood army that relies on ranged firepower. Capable of stripping Stealth from enemies, increasing the accuracy of friendly fire, or even calling down their own massive artillery strikes, these low-cost solos provide a ton of value to their allies.

While these solos work well with any model capable of making a ranged attack, they are particularly potent with the Trollblood weapon crews such as the Thumper Crew (PIP 71104) or the Pummeler Crew (PIP 71104) 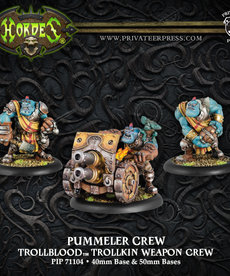