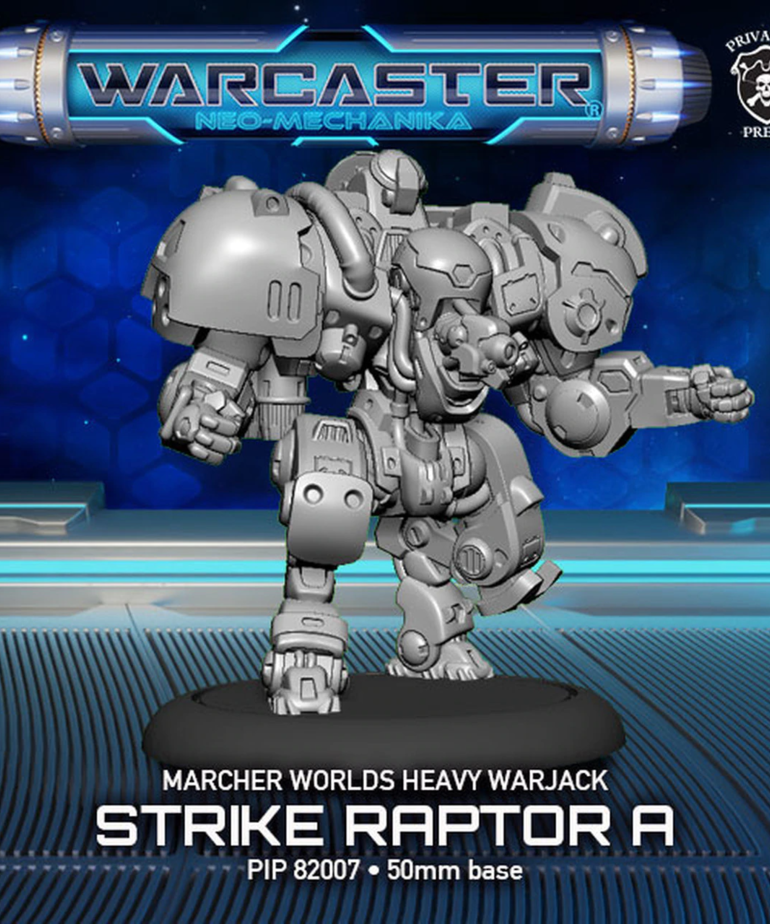 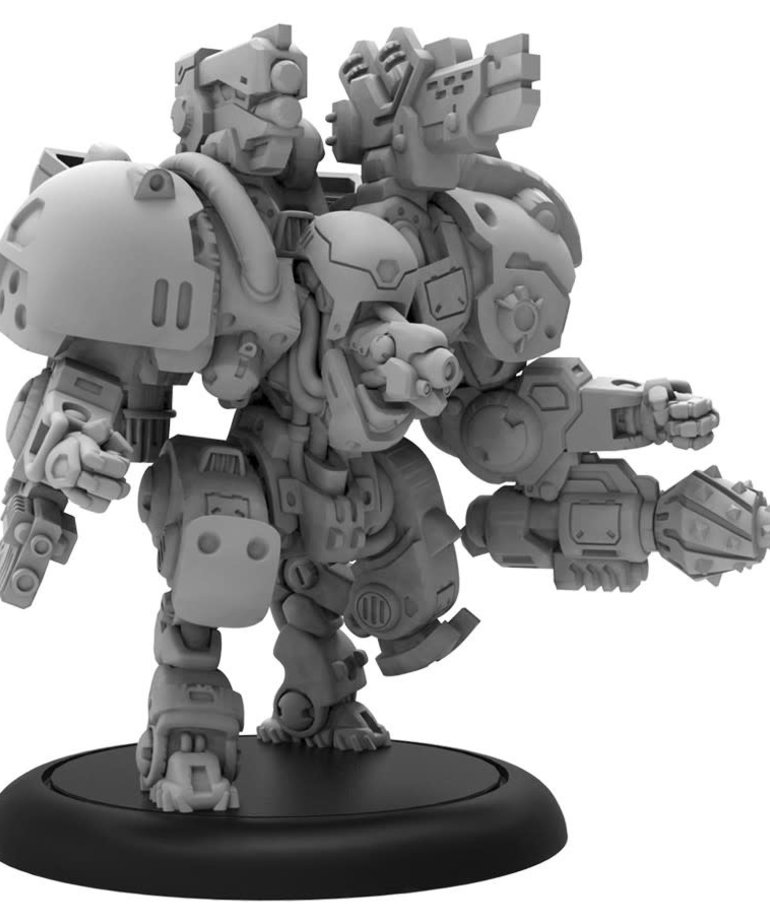 The Strike Raptor is a massive machine equipped with an arsenal of devastating weaponry. Unbound by earthly terrain and obstacles, this warjack is equipped with powerful mechanikal jump jets that enable it to expend Arc for short bursts of flight, making it even more maneuverable than the swift-moving Dusk Wolf. A true support weapon, the Strike Raptor packs an assortment of arms that would be the envy of any military force.

Different cortex and weapon selections add modular utility to this warjack. The warjack has two arm and two shoulder hard points for weapons. While charged, this warjack ignores movement penalties for rough terrain and gains +1 DEF for each Arc currently on it. The warjack can spike to gain +3 SPD and Flight for the duration of its activation.