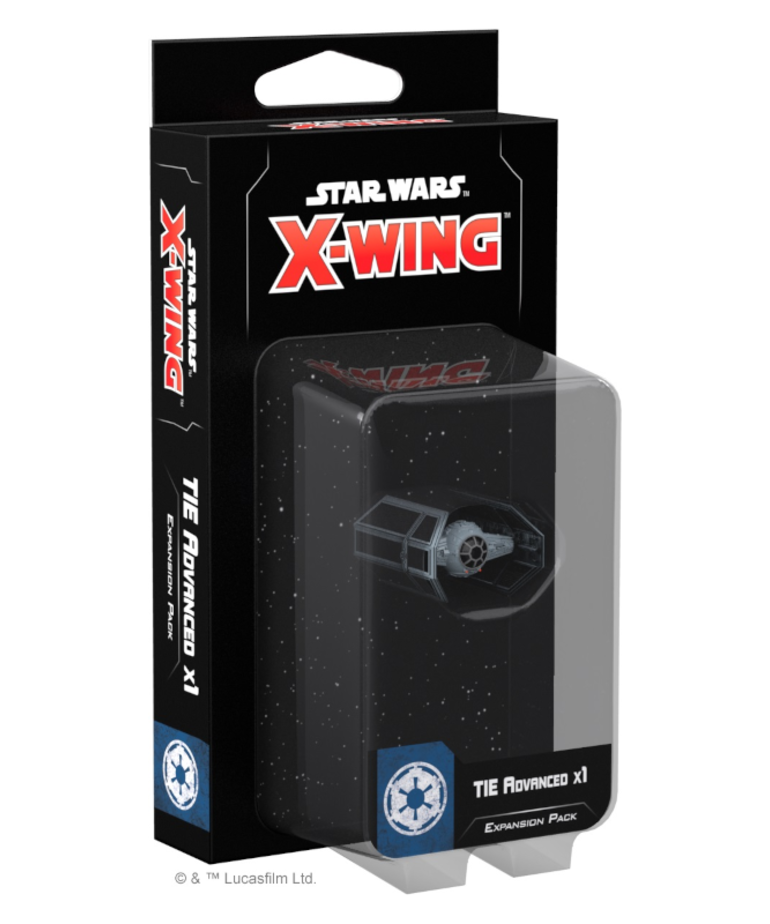 0 reviews
Add your review
- The TIE Advanced x1 Expansion Pack for X-Wing Second Edition includes a single new TIE Advanced x1 miniature for you to add to your squadrons, along with a full complement of pilot cards to choose from.
0 In Stock
Add to wishlist / Add to compare / Print

While the TIE fighter is a common sight in Imperial squadrons, picking up a TIE Advanced x1 on your scopes is all the proof you need that a sector has drawn the Empire’s attention. This prototype design is flown only by high-ranking Imperial agents, including the dreaded Darth Vader himself, making it a deadly addition to your squadron.