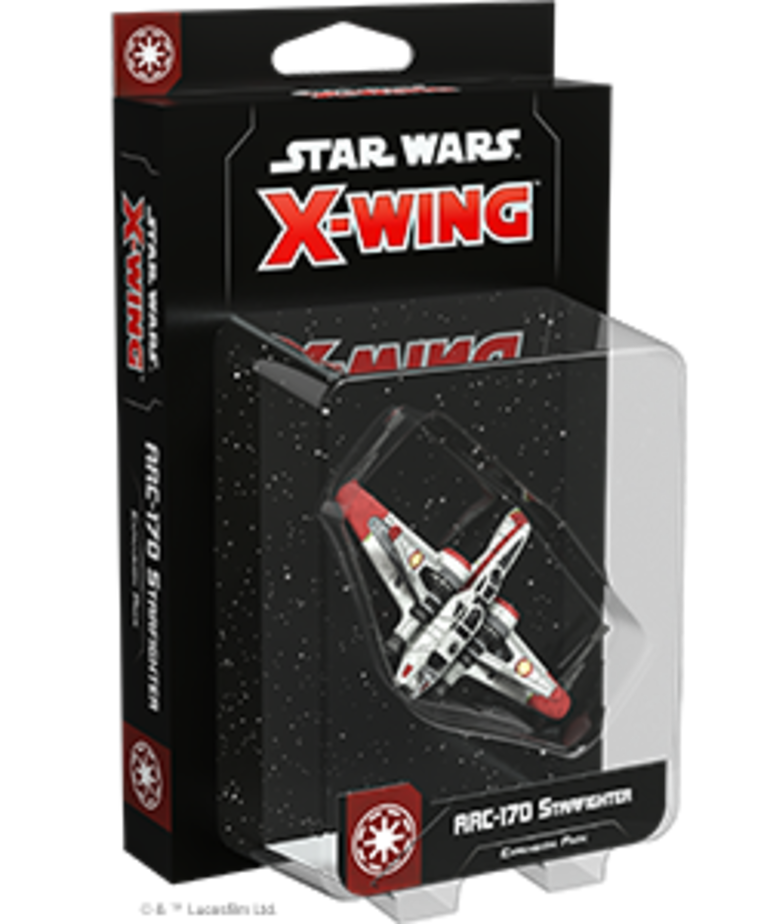 The ARC-170 is the Galactic Republic's mainstay heavy starfighter. Equipped torpedoes allow this intimidating craft to smash through foes that might repel the Republic's more lightly armed ships, while its rear gunner makes it difficult to approach from most angles. Whether defending the flanks of a formation or giving support to a Jedi General, the ARC-170 has an imposing presence on the battlefield.

With the ARC-170 Starfighter Expansion Pack, you can bring a single ARC-170 starfighter to your X-Wing battles. Alongside the beautifully painted ARC-170 miniature, you'll find six clone pilots ready to fly for the Republic as well as 14 upgrade cards giving you the freedom to add additional heavy weaponry, gunners, and crew members to your ship.