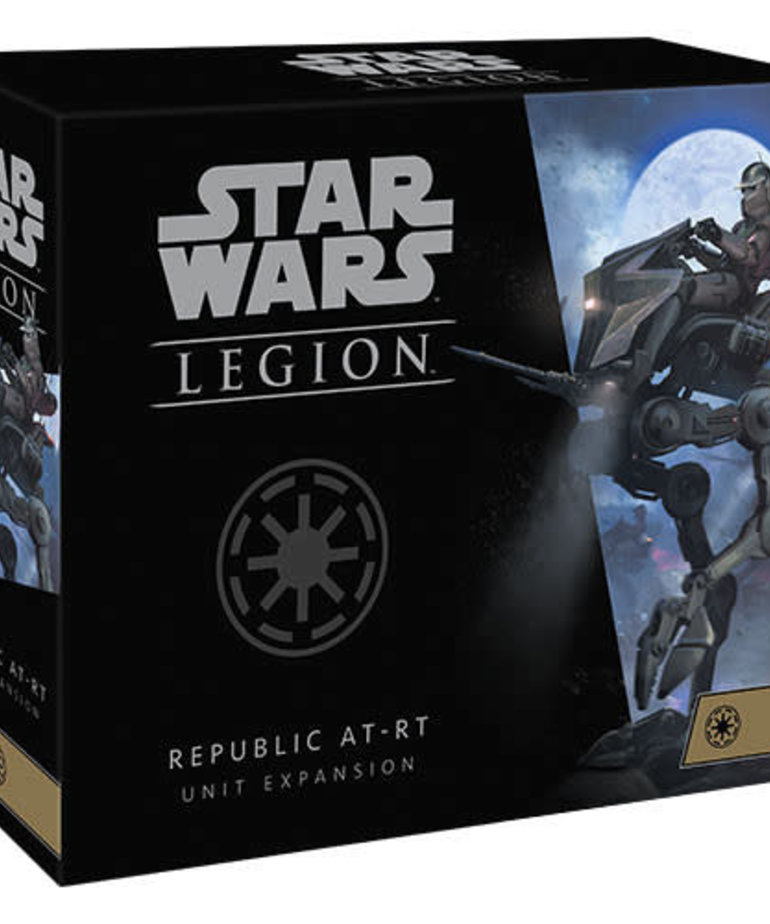 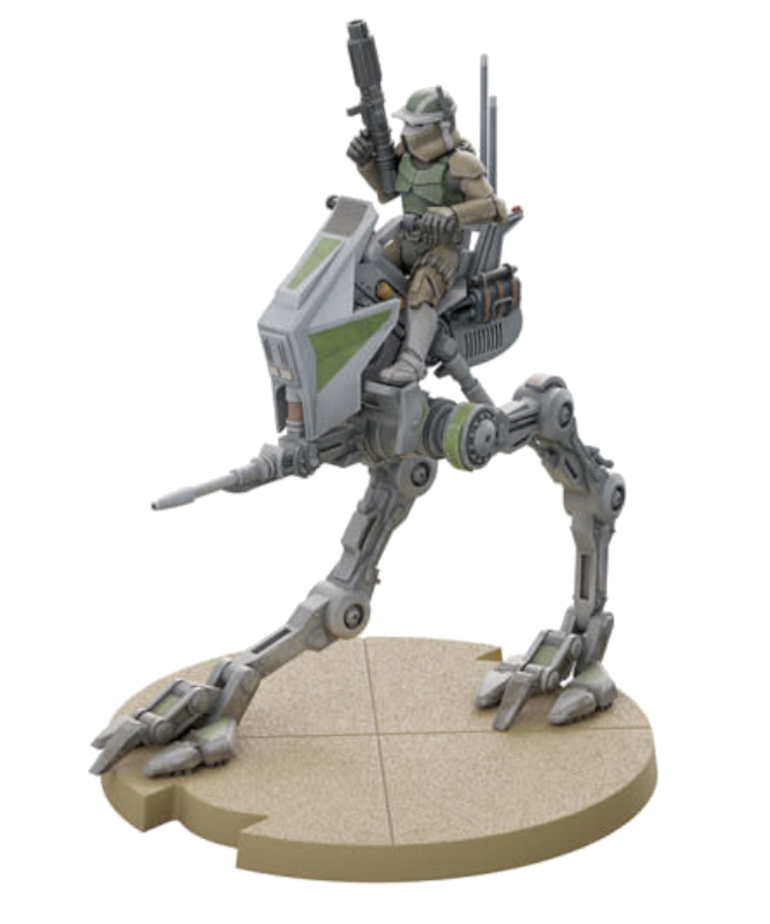 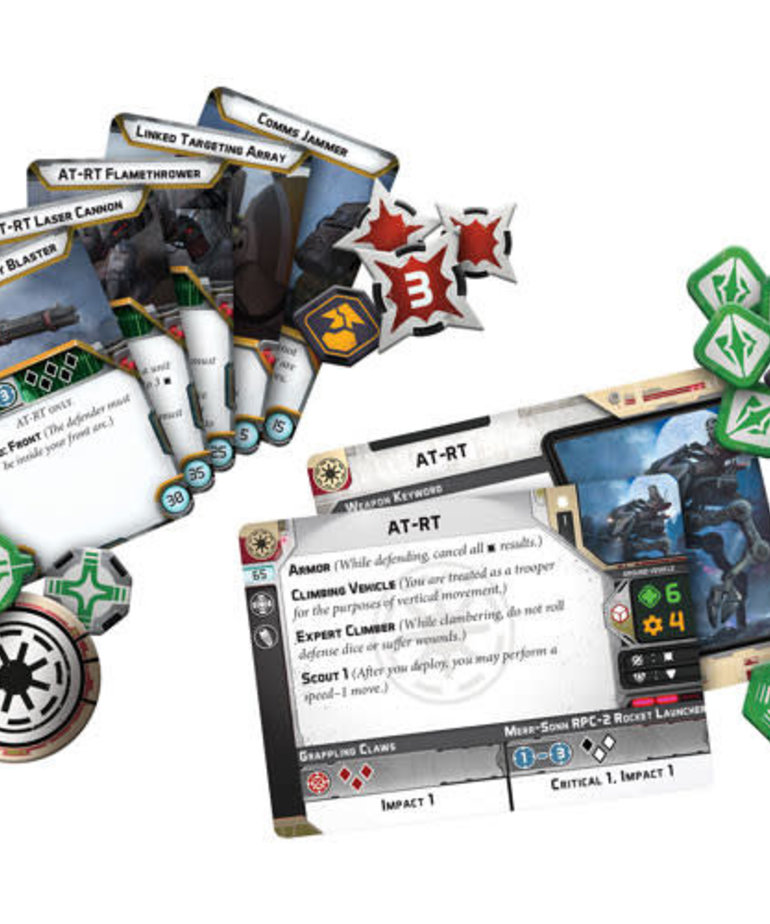 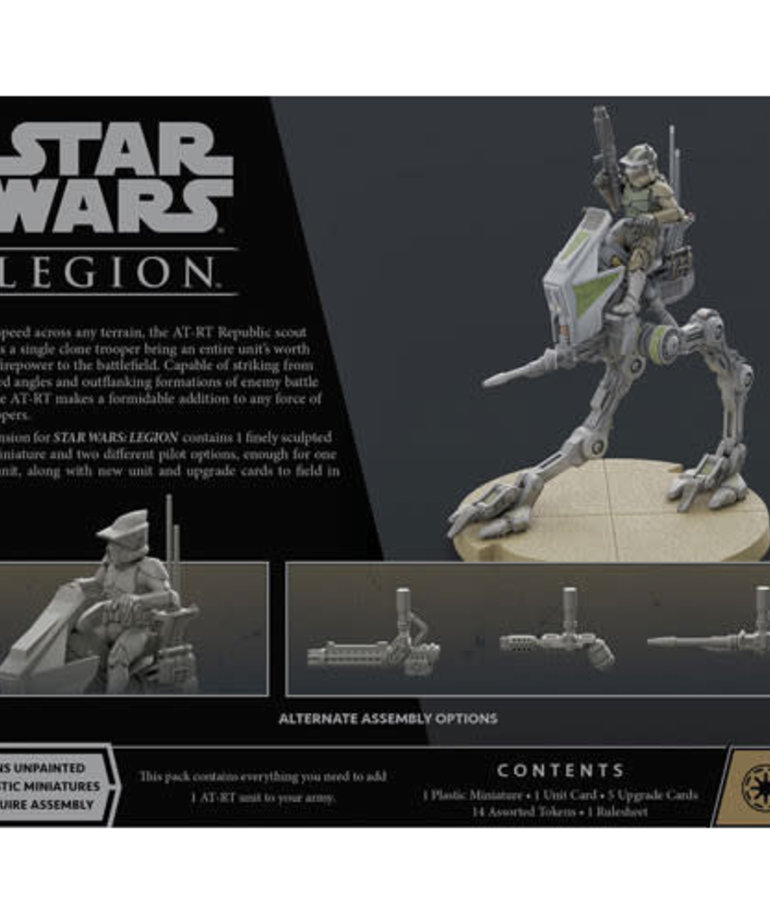 0 reviews
Add your review
- A Galactic Republic Unit Expansion for Star Wars: Legion
- Support your troops with an AT-RT that can charge across any terrain
3 In Stock
Add to wishlist / Add to compare / Print

Built for speed across any terrain, the AT-RT Republic scout walker lets a single clone trooper bring an entire unit's worth of heavy firepower to the battlefield. Capable of striking from unexpected angles and outflanking formations of enemy battle droids, the AT-RT makes a formidable addition to any force of clone troopers.

The Republic AT-RT Unit Expansion puts a single beautifully detailed, unpainted hard plastic AT-RT miniature with two distinct pilot options at your disposal. Beyond the pilots, you can also pick the weapon mounted on the AT-RT's hardpoint, choosing between a rotary blaster, a laser canon, and a flamethrower. Finally, five upgrade cards help bring these visual modifications to life in game.