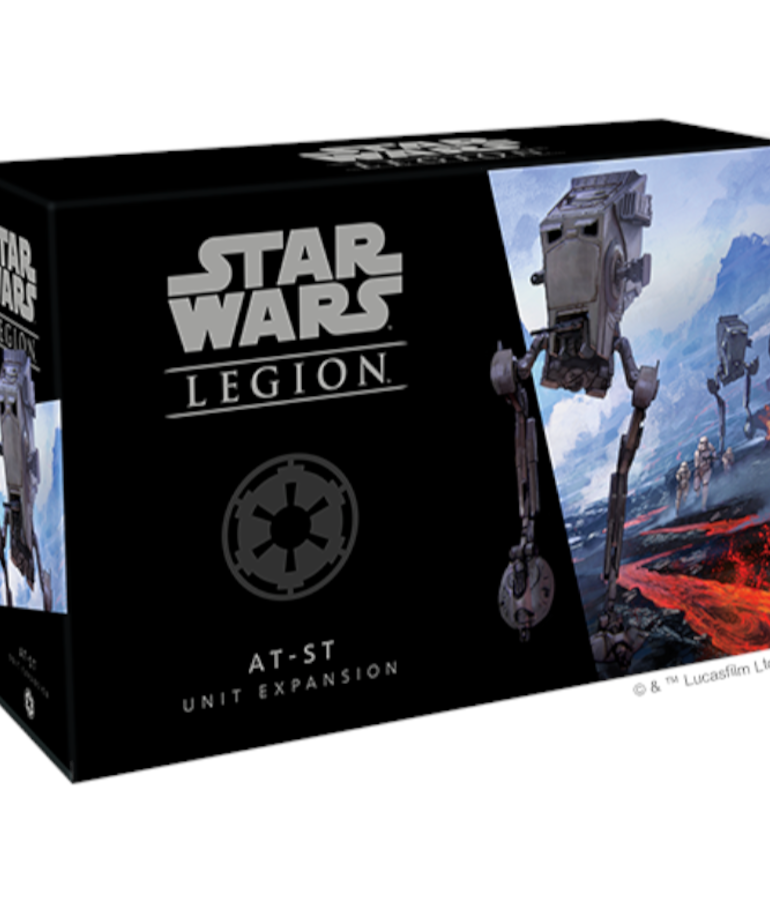 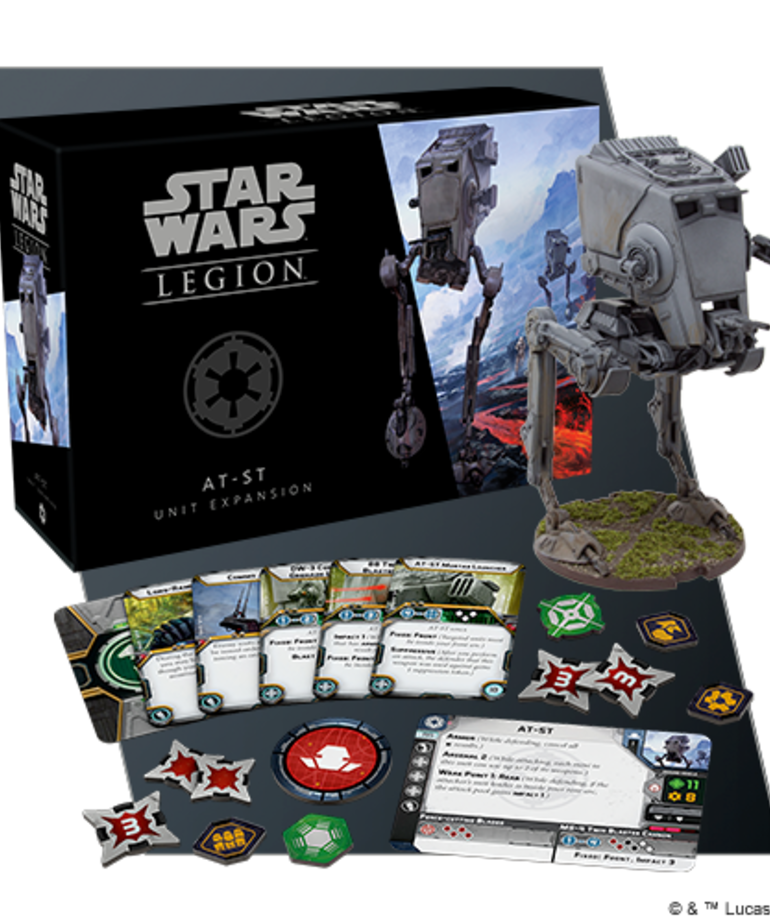 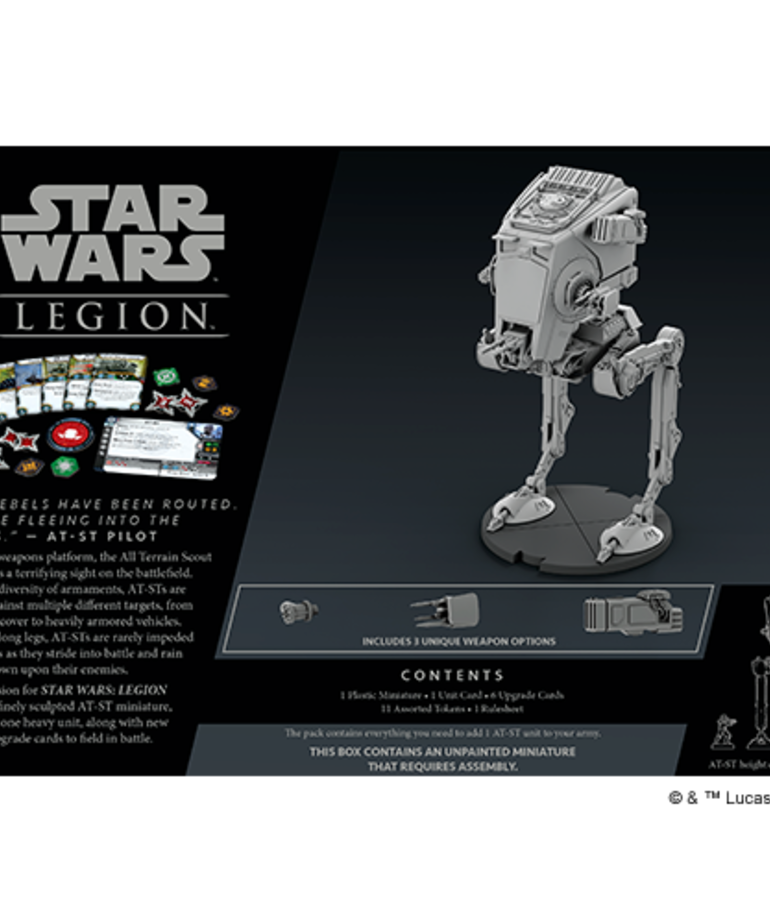 0 reviews
Add your review
- Dominate your games of Star Wars: Legion with the single highly detailed AT-ST miniature found in this expansion pack.
2 In Stock
Add to wishlist / Add to compare / Print

The power of the Empire is visible on any subjugated world—few images are more representative of Imperial power than the shining white armor of a Stormtrooper or the rumble of a walker stomping through city streets or across the battlefield. Soon, you’ll be able to supplement your Stormtroopers with another symbol of Imperial oppression: the All Terrain Scout Transport!

An AT-ST is an awe-inspiring sight to the average foot soldier. It towers above the battlefield, stalking inimically forward on mechanized legs and raining a hail of fire and death from its laser cannons and powerful weapons systems. With the AT-ST Unit Expansion for Star Wars™: Legion, you’ll find a single finely sculpted, massive AT-ST miniature, which can be assembled to loom over the battlefield and provide a rallying point for your entire army. Alongside this beautiful miniature, you’ll find an assortment of all the unit cards and upgrade cards that you’ll need to fully integrate the AT-ST into the Empire’s war machine—and your armies.

Contents:
- Dominate your games of Star Wars: Legion with the single highly detailed AT-ST miniature found in this expansion pack. This AT-ST towers high above every other miniature on the battlefield, and you can equip it with up to three distinct weapon options—a mortar launcher, an 88 twin light blaster cannon, or a DW-3 concussion grenade launcher.