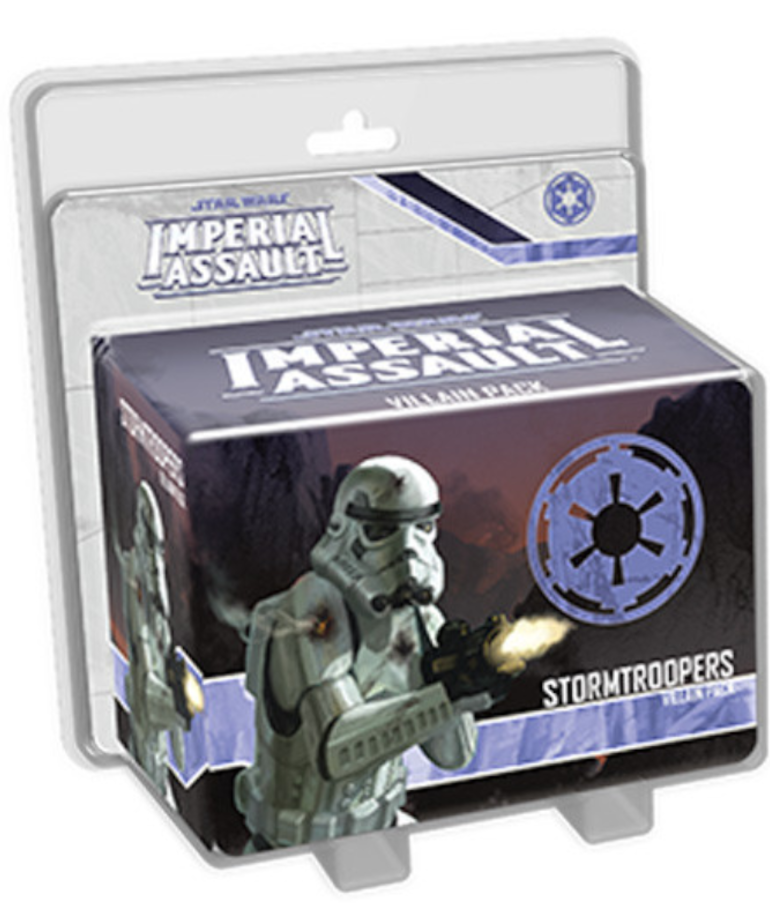 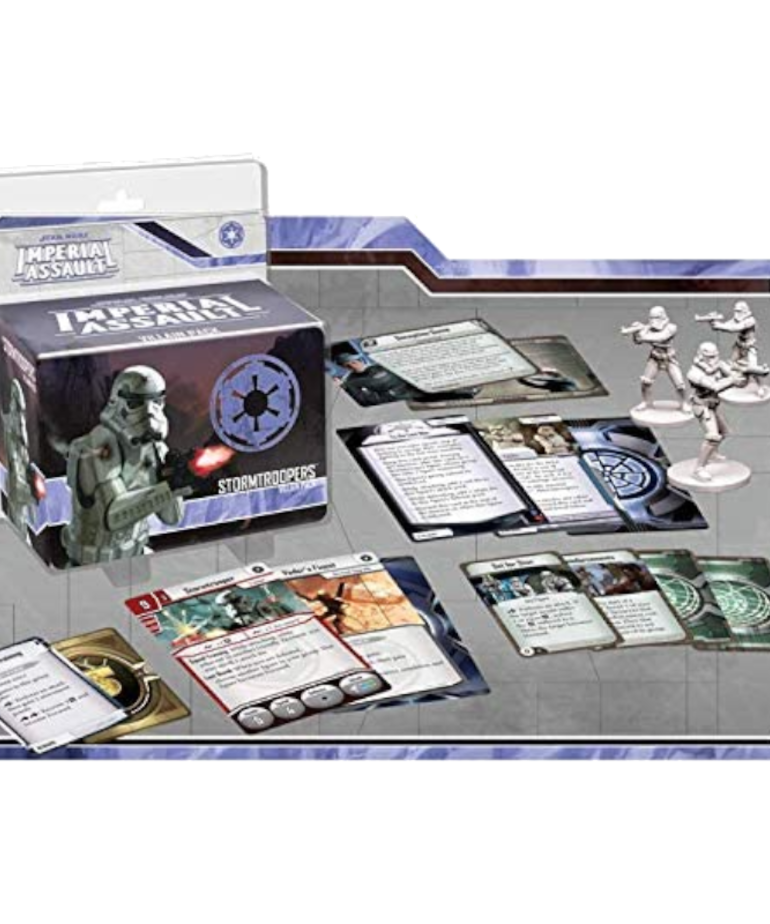 0 reviews
Add your review
- Expand the military arm of the Galactic Empire in your Imperial Assault game with Stormtroopers.
1 In Stock
Add to wishlist / Add to compare / Print

Reinforce your legions of Stormtroopers with the Stormtroopers Villain Pack! The Stormtroopers were first introduced in the Imperial Assault Core Set, but the Stormtroopers Villain Pack brings deadly new tactics and abilities to these most loyal servants of the Empire, as well as three new Stormtrooper figures that feature an alternate figure sculpt. In your campaigns, this expansion offers the new Vader’s Fist Agenda set, allowing you to goad the Rebel heroes into an attempt to sabotage the training facility of the renowned 501st Legion. For your skirmish games, a brand-new skirmish upgrade represents the training of the 501st Legion, offering two potent new abilities to any Stormtrooper squad. At the same time, new Command cards reinforce figures after they die or invite your figures to engage in stealth tactics. Whether you play a campaign or a skirmish, this Villain Pack easily expands the ranks of your Stormtrooper armies.