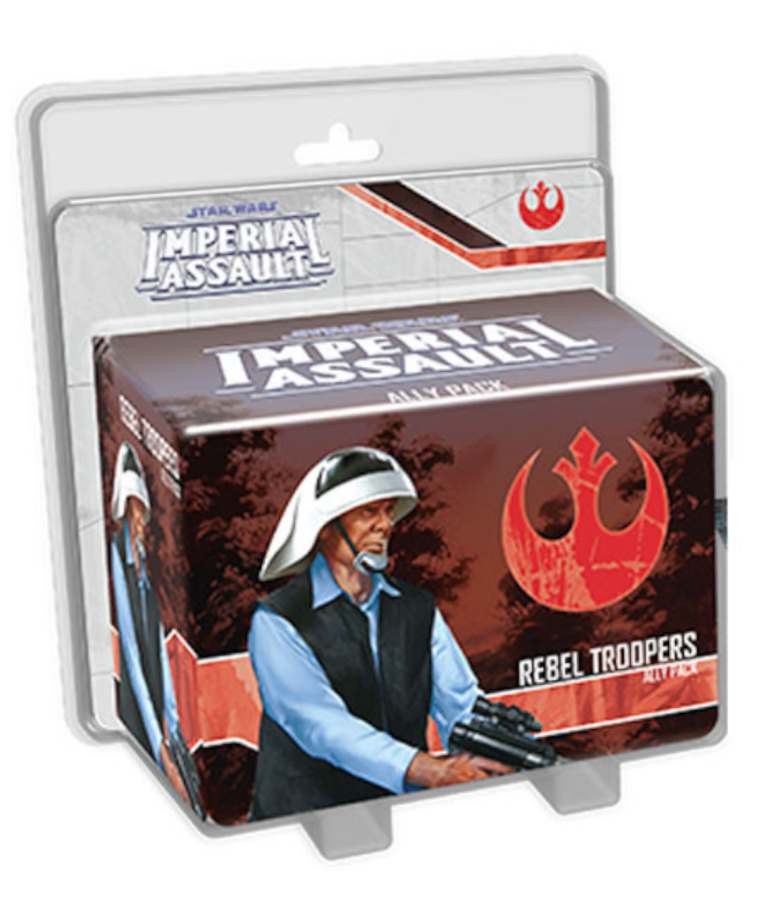 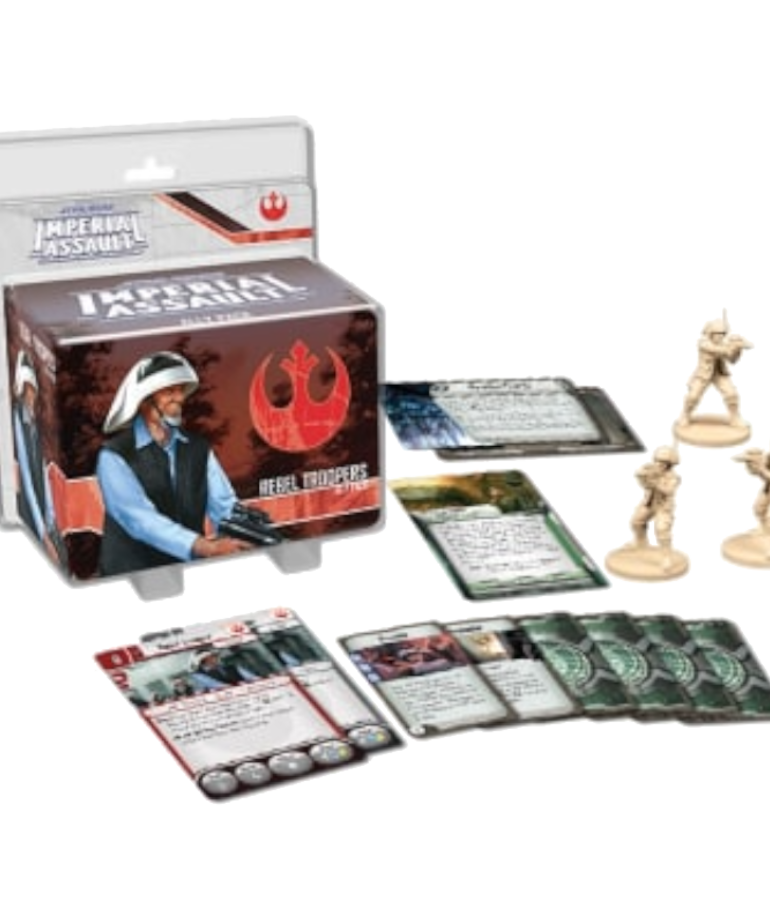 0 reviews
Add your review
- In the Rebel Troopers Ally Pack, you'll find three sculpted plastic Rebel Trooper figures for use in any campaign and skirmish missions.
1 In Stock
Add to wishlist / Add to compare / Print

Fight for the Rebel Alliance with Imperial Assault Ally Packs! The Rebel Troopers Ally Pack features three detailed figures of Rebel troopers, allowing you to replace the tokens found in the Core Set, and bring the soldiers of the Rebellion to the battlefields of Imperial Assault. You’ll also uncover new missions for both the campaign game and the skirmish game, allowing you to battle within a Geonosis foundry, or fight to download critical data before the Rebel troopers’ position is overrun. With new missions, plastic figures, and key Command cards, this Ally Pack offers plenty of options for any game of Imperial Assault.