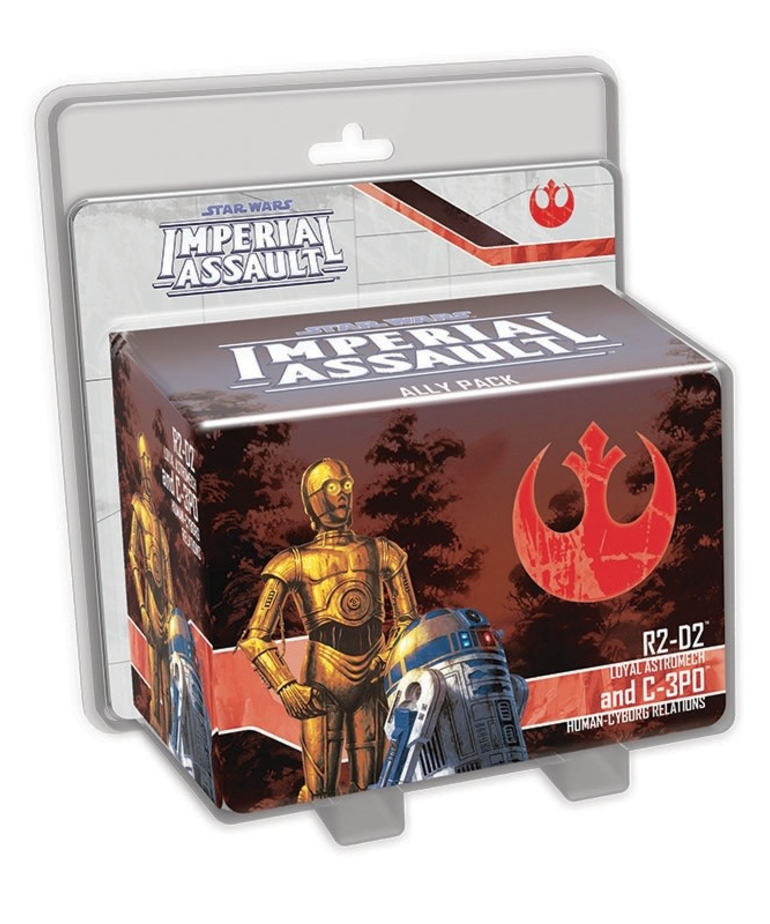 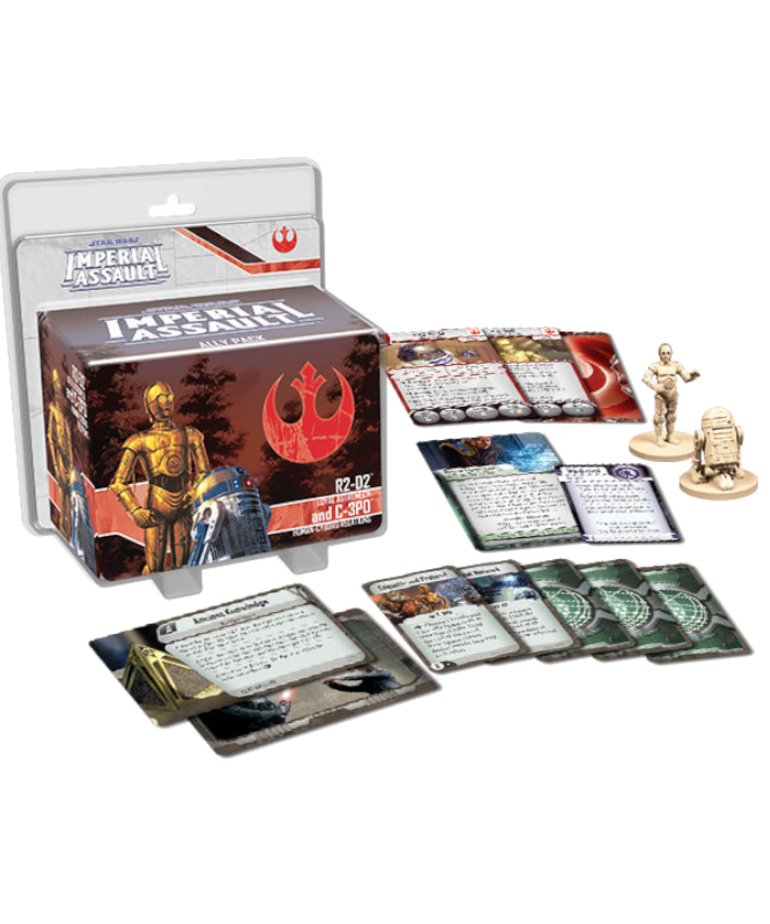 0 reviews
Add your review
- Bring cunning and communication to your Imperial Assault game with R2-D2, Loyal Astromech and C-3PO, Human-Cyborg Relations.
1 In Stock
Add to wishlist / Add to compare / Print

From the earliest days of the Rebellion, and even before, two Droids have been at the heart of dramatic events across the galaxy. Their actions have even helped to shape events on a galactic scale. These Droids are R2-D2 and C-3PO, and you can introduce these iconic Droids to your games of Imperial Assault with this expansion!

Like other Ally Packs, the R2-D2 and C-3PO Ally Pack offers essential new cards and missions for both the campaign and skirmish games, alongside two detailed plastic figures required for fielding R2-D2 and C-3PO in Imperial Assault tournaments. For the skirmish game, this expansion offers Command cards that open powerful new strategies and a new skirmish map with two unique missions. The Rebel heroes in a campaign game also gain a new side mission and the ability to field these two plucky Droids as allies.