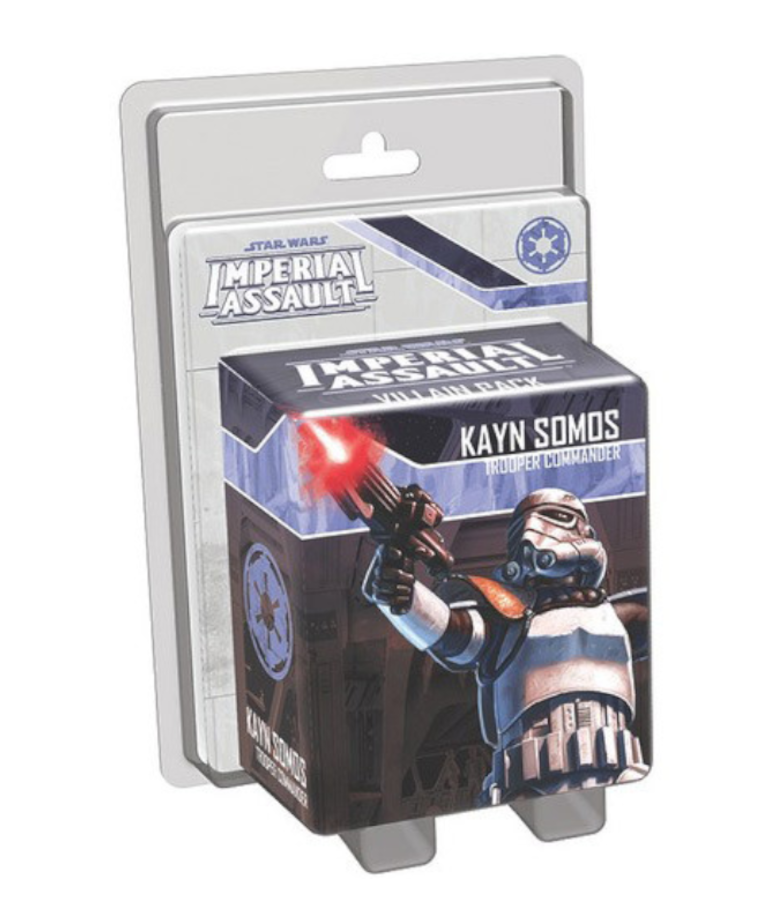 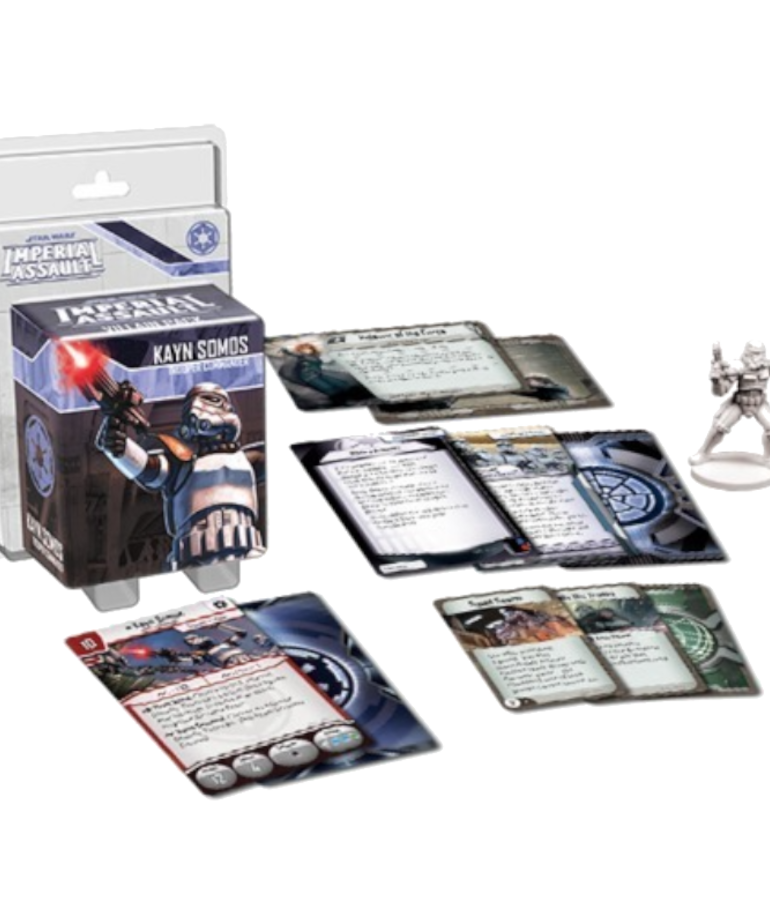 Stormtroopers are trained to be brutal soldiers, working tirelessly to squelch any sign of resistance to the ways of the Empire. Kayn Somos is an especially vicious Stormtrooper commander, and now, you can bring his tactical expertise and fearless style of warfare to your games of Imperial Assault.

Like other Villain Packs, the Kayn Somos Villain Pack offers essential new cards and missions for both the campaign and skirmish games, alongside a detailed plastic figure required for fielding Kayn Somos in Imperial Assault tournaments. For the skirmish game, this expansion offers new Command cards that open powerful new strategies and a new skirmish map with two unique missions. The Imperial player in a campaign game also gains access to a new side mission and a three-card Agenda set that flexes the might of the Empire even outside of missions.