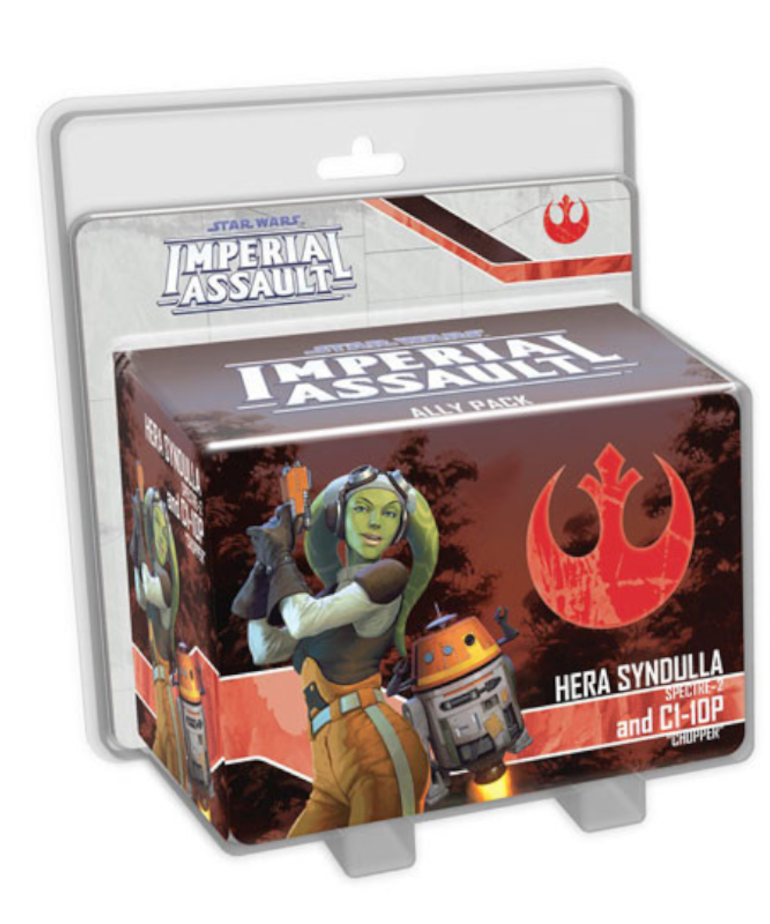 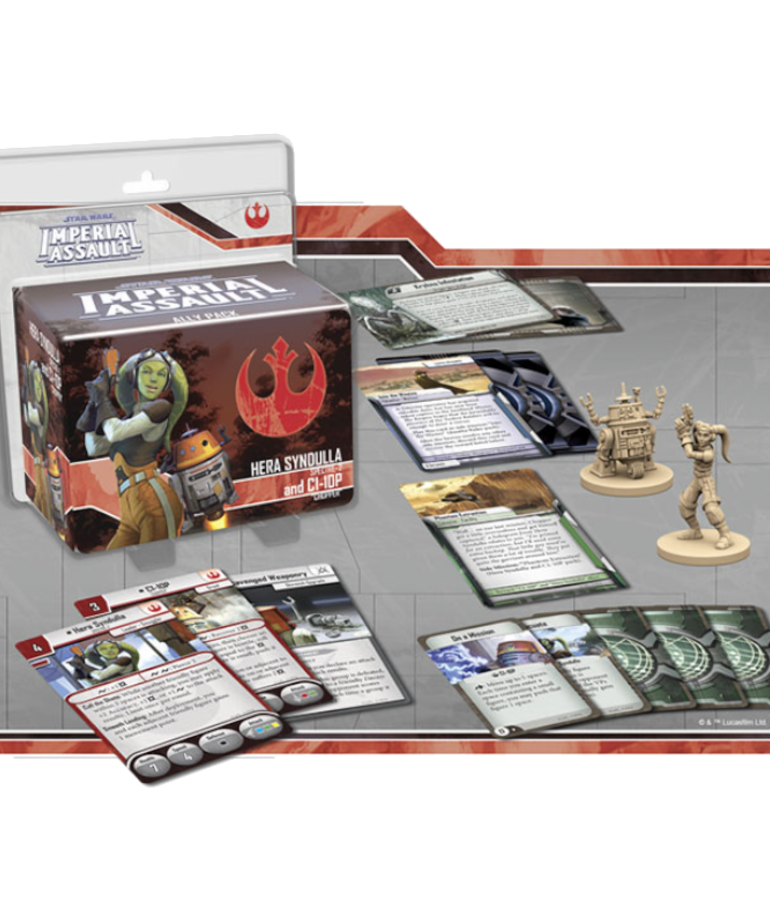 Though 0-0-0 and BT-1 serve the malicious purposes of the Galactic Empire and Jawa Scavengers are only looking to make a profit, some beings in the galaxy fight for a cause larger than themselves. Hera Syndulla and her loyal astromech C1-10P are stoking the fires of resistance in a galaxy that’s choking under the heel of the Empire. With the Hera Syndulla and C1-10P Ally Pack, you can bring the will to rebel into your games of Imperial Assault.

In your campaigns, Hera may lead you to Tatooine in a desperate attempt to rescue Chopper from Imperial imprisonment, but Hera can prove herself as an adept leader in any mission, calling the shots to keep your entire strike team on point. Chopper is also more than capable of handling himself in battle, using a variety of tricks and tools to knock your enemies back and keep you on top of any engagement.