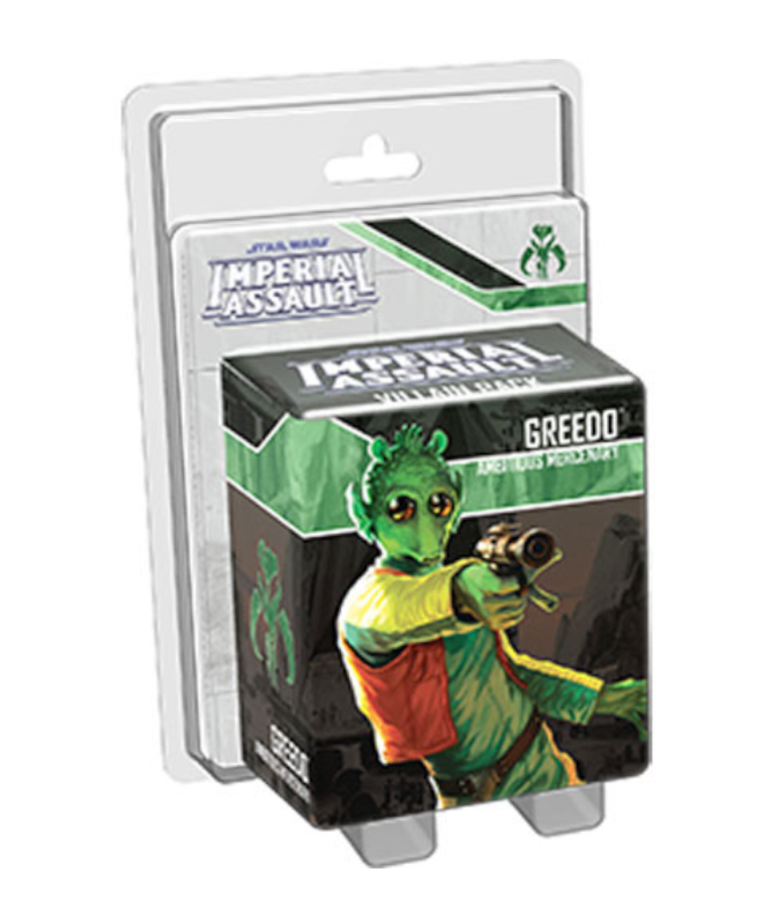 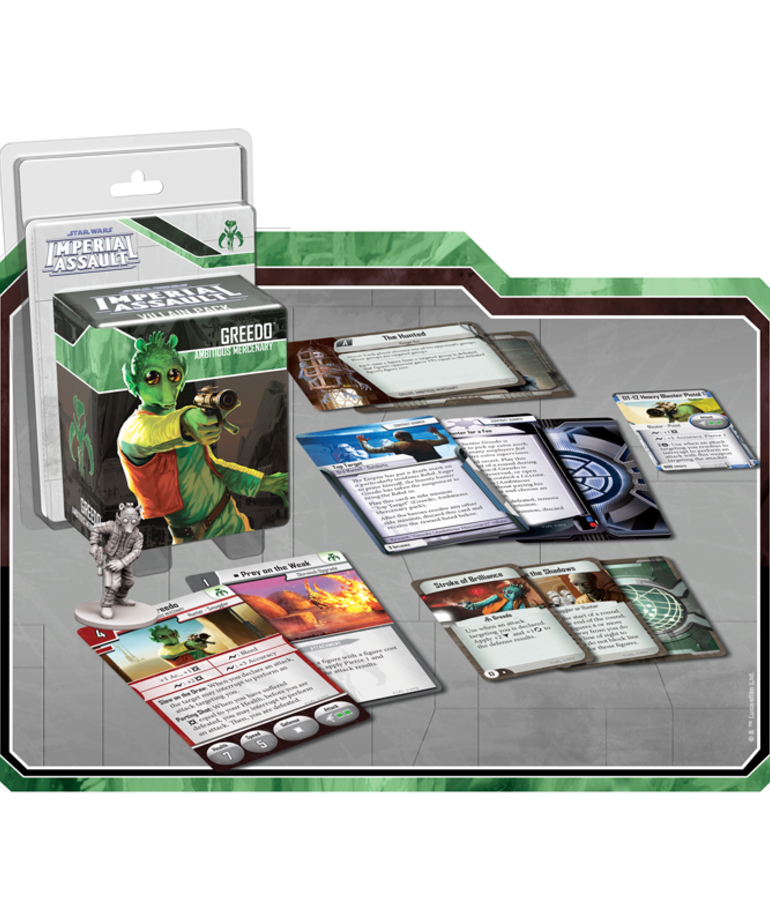 0 reviews
Add your review
- Bring aspiration and drive to your Imperial Assault game with Greedo.
1 In Stock
Add to wishlist / Add to compare / Print

As a bounty hunter on the Outer Rim, Greedo has long needed to survive by his skills and his wits. Though he has a reputation for being slow on the draw, his price is cheap and perhaps best of all, he’s expendable. If you want a bounty hunter who can lead a group of hired guns in a desperate attack, you should certainly consider the Greedo Villain Pack.

Costing only four points to include in your army, Greedo might be just the bounty hunter you need to fill out your strike team. Two new skirmish missions included in this pack bring your strike teams into a fortified hangar bay, and a new three-card Agenda set invites you to hunt down Rebel operatives on Ord Mantell. With the addition of new Deployment cards, Item cards, Agenda cards, and Command cards, the Greedo Villain Pack is essential for every mercenary.