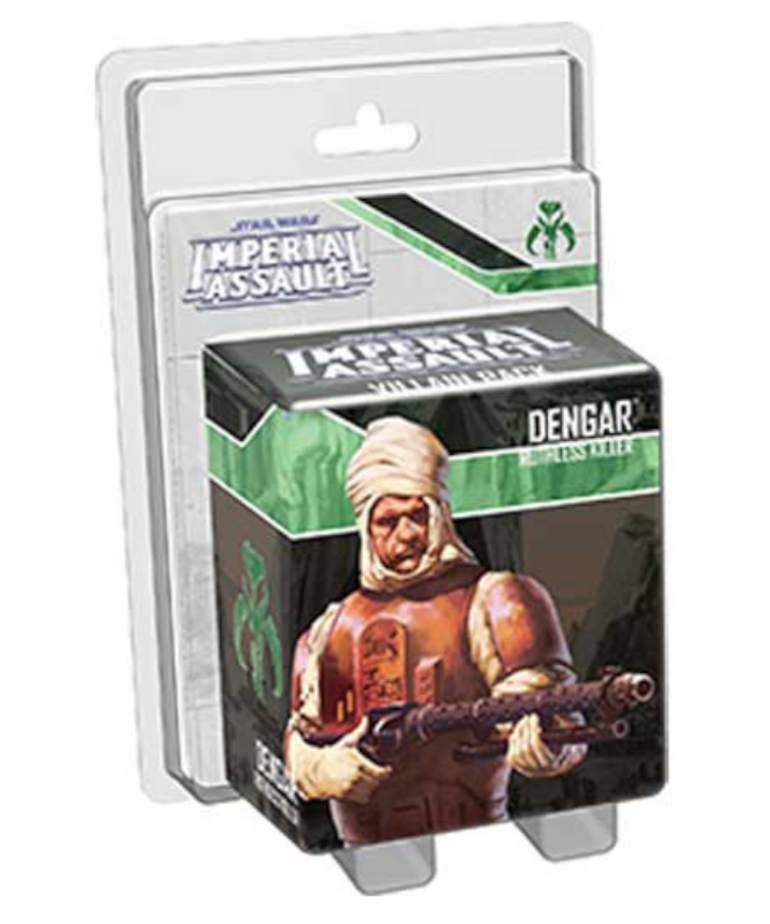 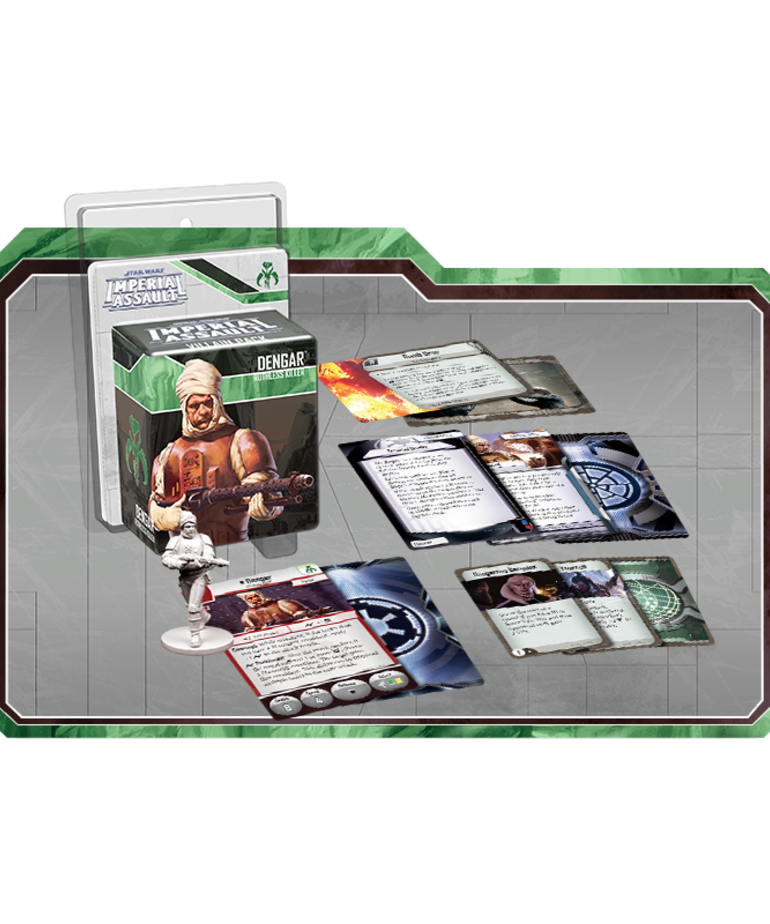 As the Rebels seek to escape from the grasp of the Empire, the Imperial leaders may turn to bounty hunters in order to track down and apprehend the missing Rebels. One of these unsavory guns-for-hire is Dengar - a bounty hunter renowned for his brutality and a ruthless killer, eager to inflict punishment on his foes.

This figure pack offers Dengar's deadly attacks and cruel tactics to any skirmish strike team. A sculpted plastic figure brings the character to life and replaces the token found in the Return to Hoth expansion. With a new three-card Agenda set, two new skirmish missions, and new Command cards and Deployment cards for both games, the Dengar Villain Pack invites you to hunt down anyone who opposes your laws.