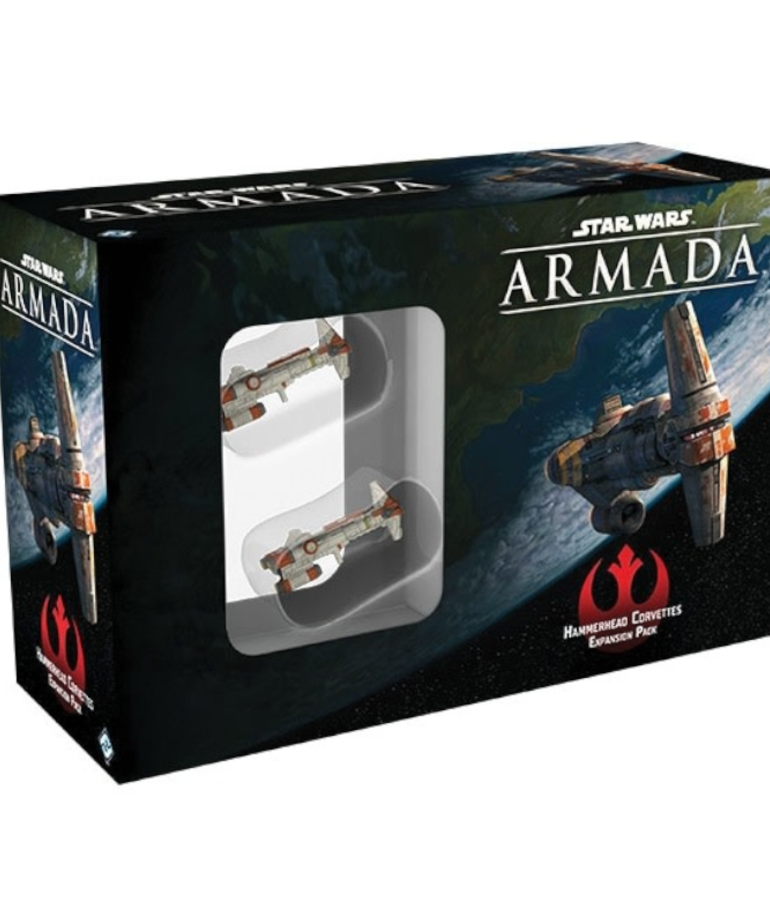 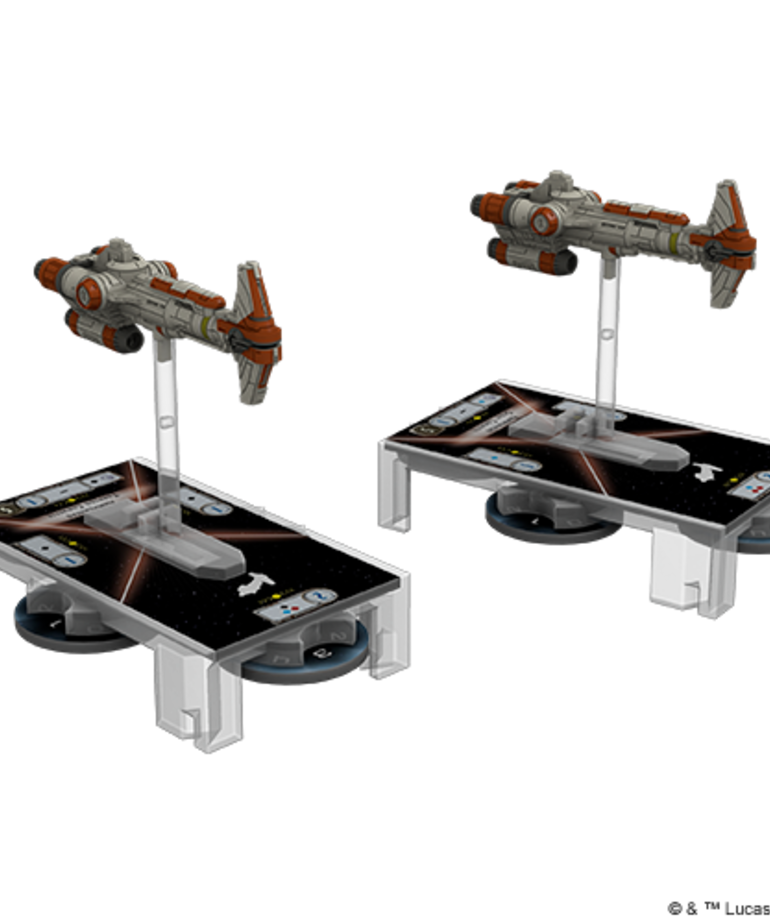 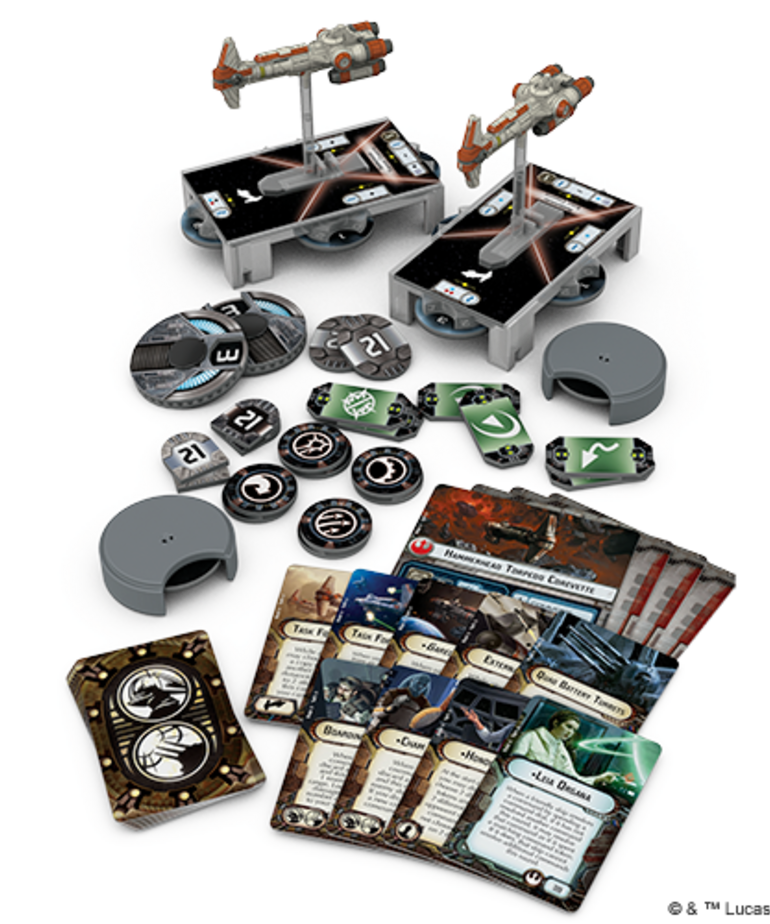 0 reviews
Add your review
Named for its distinctive silhouette, the Hammerhead Corvette is a venerable design that has remained in service for centuries. Officially classed as a transport, the Hammerhead's potent engines, sturdy frame, and heavy armament preserve its combat role.
2 In Stock
Add to wishlist / Add to compare / Print

Brace for impact with the Hammerhead Corvettes Expansion Pack for Star Wars™: Armada! Named for its distinctive silhouette, the Hammerhead corvette is officially classed as a transport, but features combat-worthy engines, hull, and armament. Often fielded in groups by the Rebellion, Hammerheads lend themselves to formation tactics with their agility and responsiveness. You’ll be able to explore some of these formation tactics with the expansion’s two pre-painted Hammerhead miniatures, and you’ll find them supported by two ship cards, as well as a full complement of fourteen upgrade cards heavily focused on close-range combat!