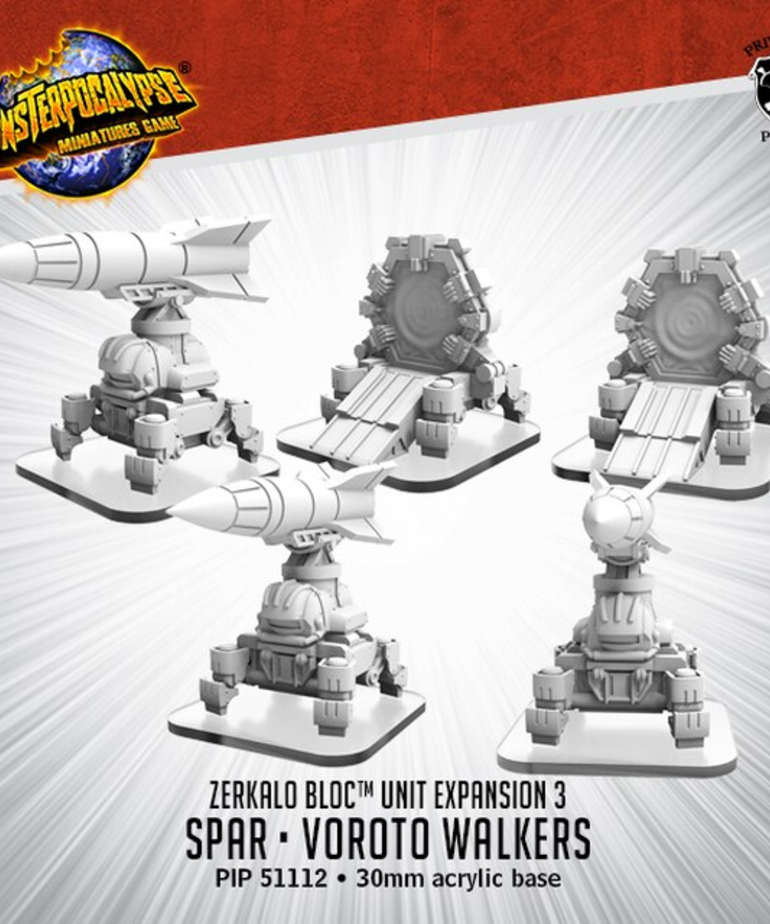 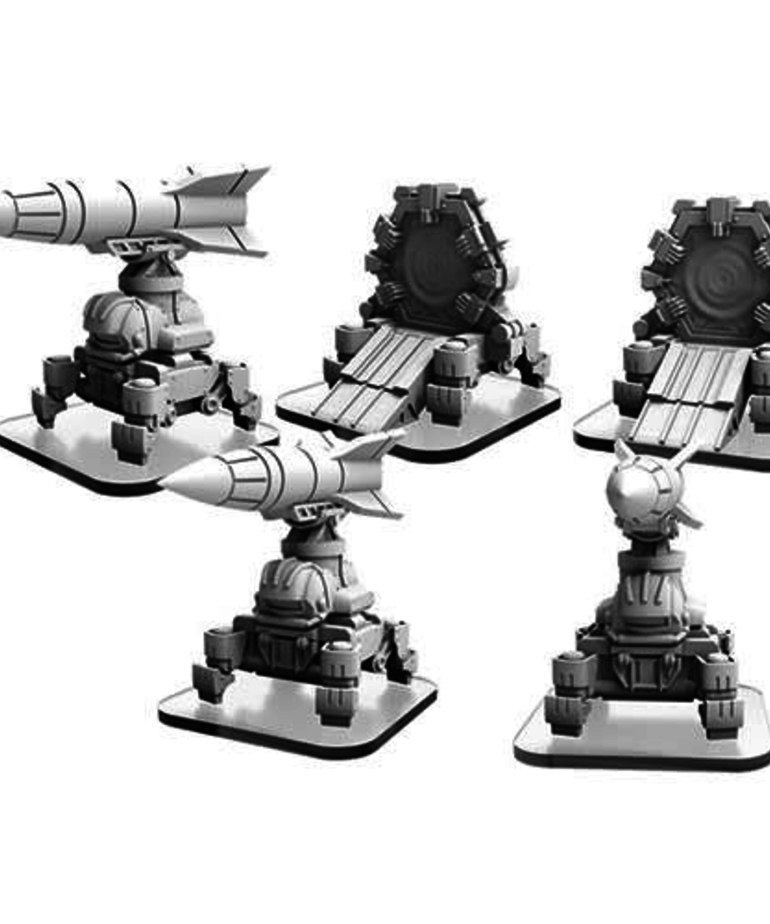 As the factory monsters join an invasion to push into new territory, the Zerkalo Bloc high command also releases more specialized support units to join the fight. The self-propelled artillery rockets, commonly referred to as SPARs, come marching through the breach in long parades, as much a show of force as direct combatants. Vorota Walkers are deployed in smaller numbers, but the battlefield impact of these mobile breaches in reality is as great as any weapon fired directly at the enemy.

This blister contains units that can be added to any Destroyers force. The SPARs deployed by Zerkalo Bloc forces are comprised of a small walker that transports a massive missile. These missiles far out-range anything fielded by their opponents, and once they Expend their single shot, they scurry back to rearm in the safety of the army’s reserves. Vorota Walkers employ the same reality-tearing technology used to bring the invasion to a new Earth. Even though they sacrifice the power to open massive holes in space that the fixed facilities on the other side can do so easily, the high command sees this trade as being more than worth it. These walkers serve as a Beachead for their additional invading forces and are able to Summon fresh allies onto any battlefield.