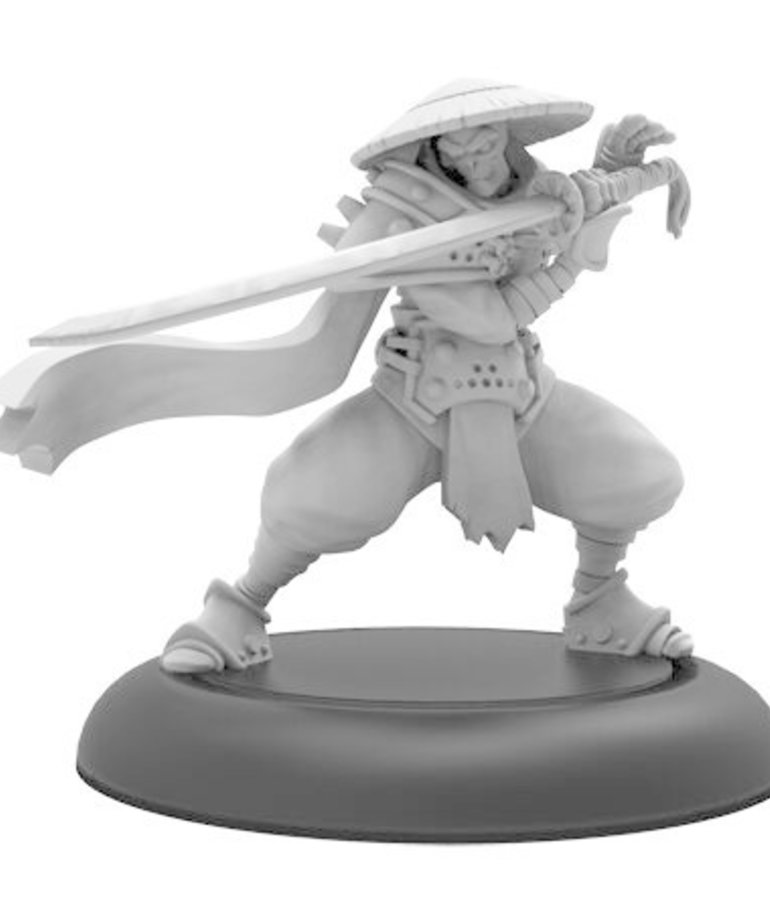 From beyond the Stormlands comes the Wastelander. He is a ronin efaarit who has traveled to the ruins of western Immoren from the void-cursed nightmare that is the fallen Skorne Empire. The Wastelander cares not about childish ideals such as â€œgoodâ€ or â€œevilâ€; he will work for anyone and for any reasonâ€¦if the pay is good. Charging into battle with his massive mekitana, the Wastelander deflects bullets, blades, and bombs back at his assailants before slicing into them and carrying on to the next enemy in his sights.

_x000D_ - The Wastelander is a Rogue Class Hero with excellent melee offense and some powerful utility. Thanks to his Deflect ability, there is a chance that any Enemy targeting the Wastelander or one of his nearby allies ends up shooting themselves in the foot instead. Literally.
_x000D_ - This model is fully compatible in WARMACHINE & HORDES in which it is a Minion Efaarit Solo that will work for Circle, Grymkin, Legion, Skorne, and Trollbloods._x000D_ _x000D_