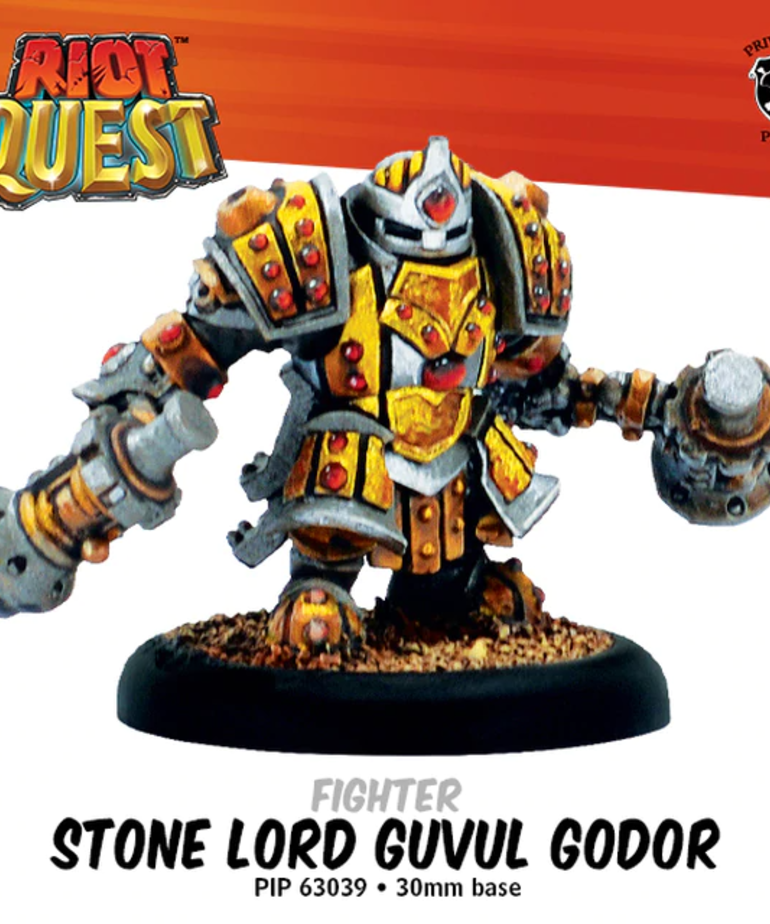 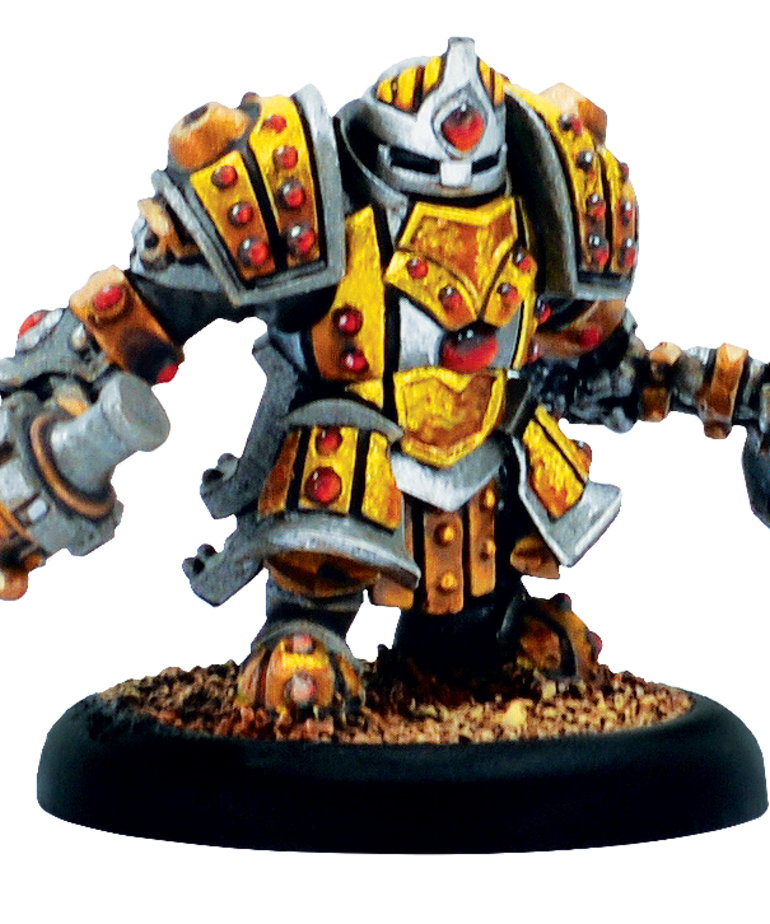 Guvul Godor served as one of the leaders of the Rhulic parliament, the Moot, for decades. His dedication to the dwarven nation and its people was (and still is) unrivaled, as Guvul was one of the few members of the Moot willing to go to battle alongside his countrymen. When the apocalypse came, the Iron Kingdoms were devastated, as were many brave Rhulfolk who battled alongside the lowlanders.

Guvul does not view this widespread destruction with sorrow or hopelessness but instead sees an opportunity to continuing serving his people. When the smoke cleared, Guvul strode down the mountain in search of riches to bring back to his kin. He is determined to claim glory and fortune for the people of Rhul with every coin earned and looted, no matter the cost to himself. 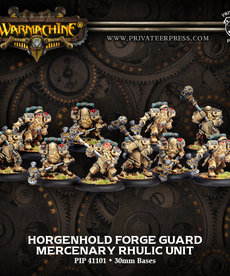 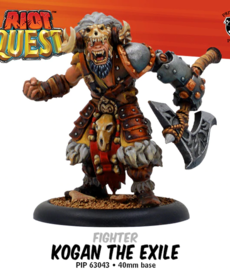 Add to cart
Add to wishlist
Add to compare
Quick view
-20%
Kogan the Exile
- Fierce melee attacks and the ability to reposition nearby models with his Toss Special Action
- This model is also playable in WARMACHINE & HORDES as a Minion solo with Partisan [Circle] that will work for Circle Orboros and Trollbloods
$11.99
$14.99 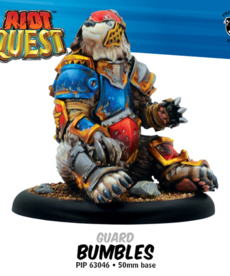 Add to cart
Add to wishlist
Add to compare
Quick view
-20%
Bumbles
- Bumbles is an adorable Guard Class Hero that is perhaps the sturdiest and most protective Guard in all of Riot Quest
- This model is also playable in WARMACHINE & HORDES as a Trollblood solo
$19.99
$24.99 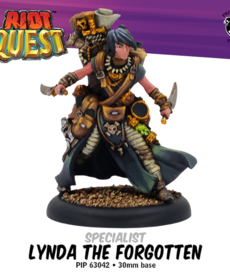 Add to cart
Add to wishlist
Add to compare
Quick view
-20%
Lynda the Forgotten
- Lynda the Forgotten is a Specialist Class Hero that can help swing the dice odds in your favor and eventually equip models in your Crew for free
- This model is also playable in WARMACHINE & HORDES as an Infernal Solo
$11.99
$14.99
Out of Stock 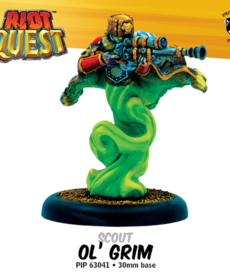 out of stock
Add to wishlist
Add to compare
Quick view
-20%
Ol' Grim
- Ol’ Grim is a Scout Class Hero with excellent mobility and long-ranged firepower
- This model is also playable in WARMACHINE & HORDES as Cryx Khador solo, meaning he is usable in both Factions as a Faction model
$11.99
$14.99 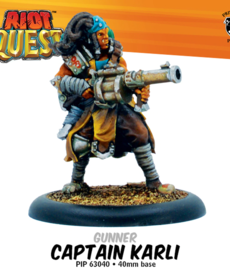 Add to cart
Add to wishlist
Add to compare
Quick view
-20%
Captain Karli
- Captain Karli is a Gunner Class Hero that packs a nasty ranged attack but also supports her Crew
- This model is also playable in WARMACHINE & HORDES as a Cygnar weapon attachment for the Cygnar Trencher Express Team
$11.99
$14.99
Please accept cookies to help us improve this website Is this OK? Yes No More on cookies »