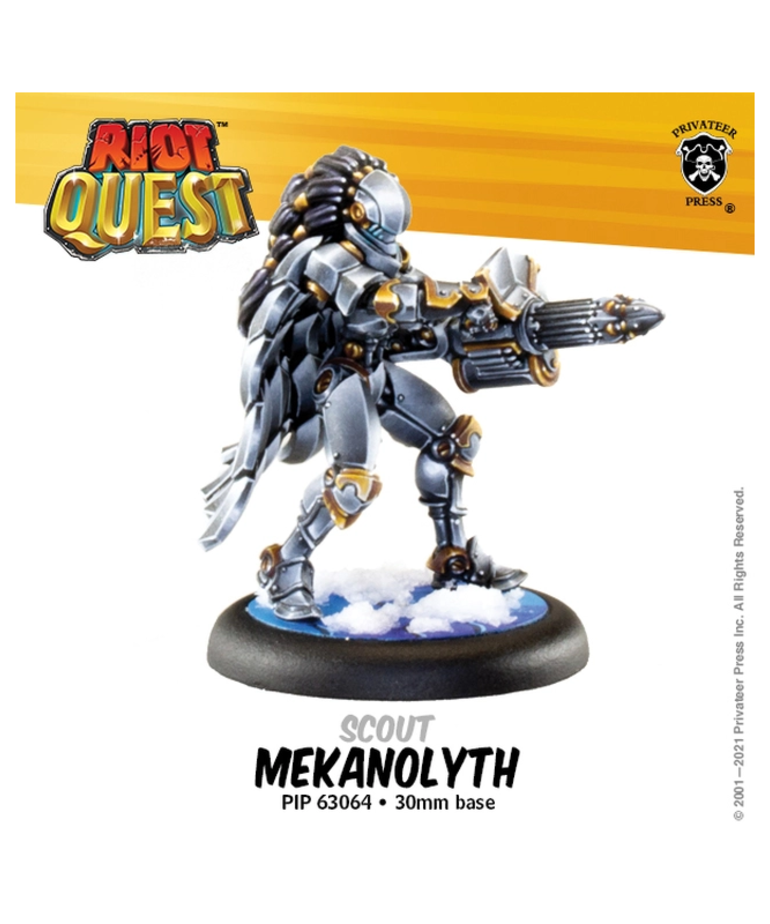 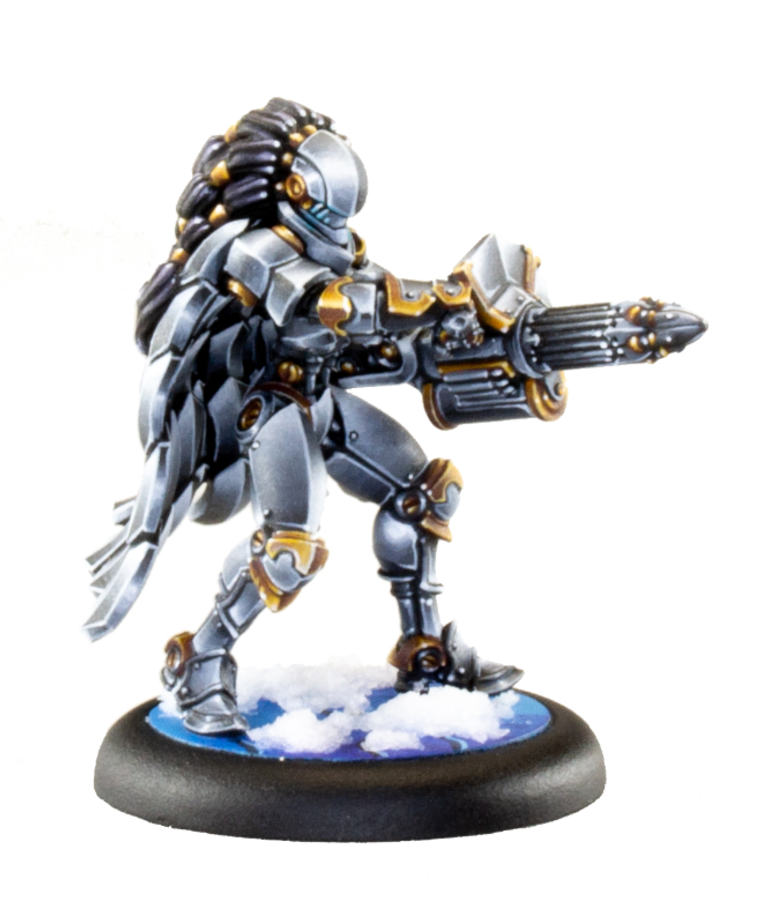 Her origin shrouded in mystery, Mekanolyth has emerged from the frozen wastes alongside other strange Mekanolegion automatons to spread terror and collect scrap. Her goals, much like the fate of the dragon Everblight, remain unknown.

The scavengers who have had the misfortune of encountering her only know two things for certain. First, her advanced projectile weaponry and metallic body make Mekanolyth one of the most dangerous threats in the wintertime wasteland. And second, if you se her ... run.

Mekanolyth is a Scout Hero with excellent defensive stats and a long-range weapon capable of firing twice each turn. While these two aspects make her a fearsome addition to any Crew, she also brings some support in the form of her Special Delivery action, which allows her to "fire" her gear onto any nearby allies and equip them for free!

This model is also playable in WARMACHINE & HORDES as a Legion warlock.