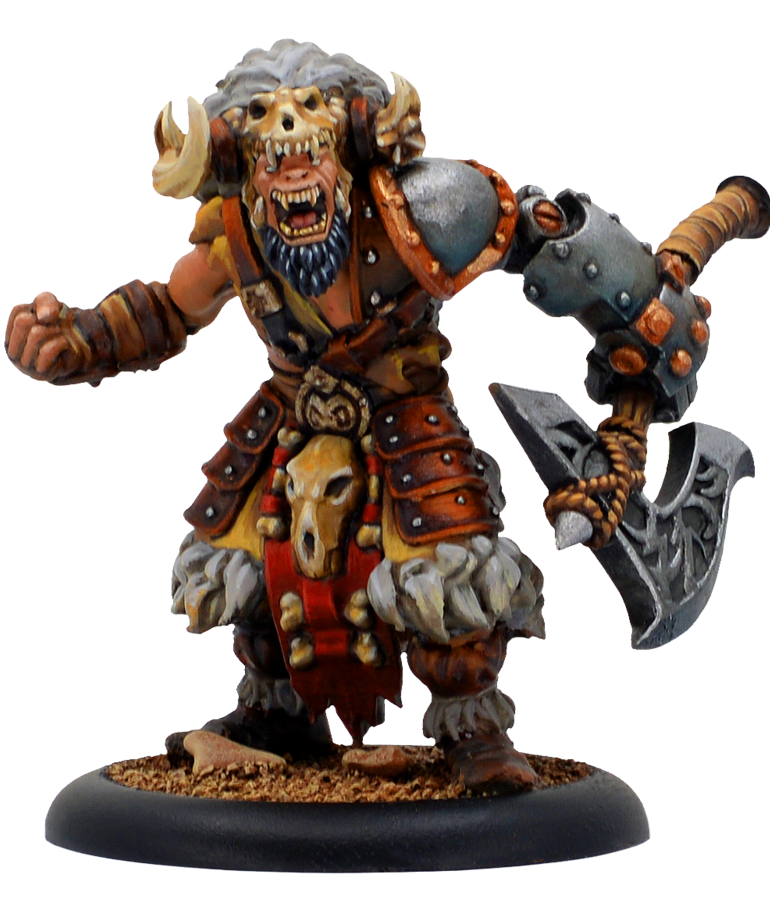 Kogan was a proud Tharn warrior who, like the rest of his tribe, managed to survive the apocalypse unscathed. While hunting in the wastes, Kogan had an unfortunate encounter with a large armored bear, which managed to tear his arm off before running away with it. It should have been the end of Kogan then and there, but as he lay bleeding out, he was discovered by another scavenger crew that took pity on him.

The crew nursed Kogan back to health while their mechanik built Kogan a new mechanikal arm out of scrap parts. Gracious for what they had done for him, Kogan spared the crew instead of bringing them back to his tribe as a meal. When Kogan returned, his tribe immediately spurned him for the metallic monstrosity that had replaced his natural arm.

They claimed he had defiled their tradition and god, and they cast him out. Exiled, Kogan now wanders the wastes as a lone survivor, but one who has had his eyes opened to the world around him. He isn’t trusting of many outsiders, but he is willing to give most a fair chance before deciding if they are a potential ally or his next meal. 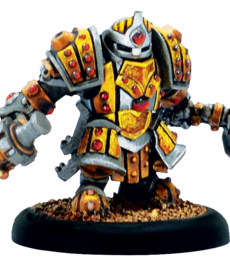 Add to cart
Add to wishlist
Add to compare
Quick view
-25%
Stone Lord Guvul Godor PRESALE 02/12/2021
- A Fighter Class Hero that is incredibly durable and hard hitting at the cost of being a bit slower than the average Hero
- This model is also playable in WARMACHINE & HORDES as a Mercenary command attachment for the Horgenhold Forge Guard unit
$11.24
$14.99 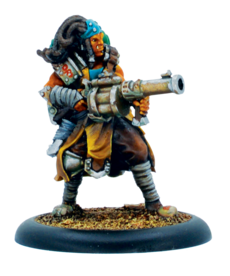 Add to cart
Add to wishlist
Add to compare
Quick view
-25%
Captain Karli PRESALE 02/12/2021
- Captain Karli is a Gunner Class Hero that packs a nasty ranged attack but also supports her Crew
- This model is also playable in WARMACHINE & HORDES as a Cygnar weapon attachment for the Cygnar Trencher Express Team
$11.24
$14.99 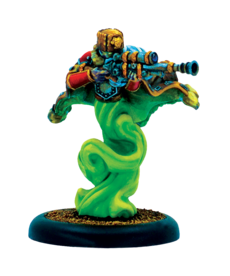 Add to cart
Add to wishlist
Add to compare
Quick view
-25%
Ol' Grim PRESALE 02/12/2021
- Ol’ Grim is a Scout Class Hero with excellent mobility and long-ranged firepower
- This model is also playable in WARMACHINE & HORDES as Cryx Khador solo, meaning he is usable in both Factions as a Faction model
$11.24
$14.99 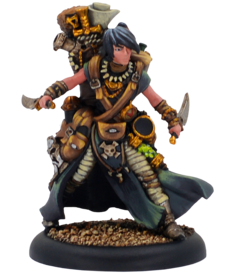 Add to cart
Add to wishlist
Add to compare
Quick view
-25%
Lynda the Forgotten PRESALE 02/12/2021
- Lynda the Forgotten is a Specialist Class Hero that can help swing the dice odds in your favor and eventually equip models in your Crew for free
- This model is also playable in WARMACHINE & HORDES as an Infernal Solo
$11.24
$14.99 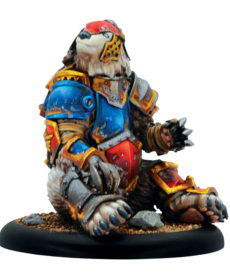 Add to cart
Add to wishlist
Add to compare
Quick view
-25%
Bumbles - Guard PRESALE 02/12/2021
- Bumbles is an adorable Guard Class Hero that is perhaps the sturdiest and most protective Guard in all of Riot Quest
- This model is also playable in WARMACHINE & HORDES as a Trollblood solo
$18.74
$24.99
Please accept cookies to help us improve this website Is this OK? Yes No More on cookies »