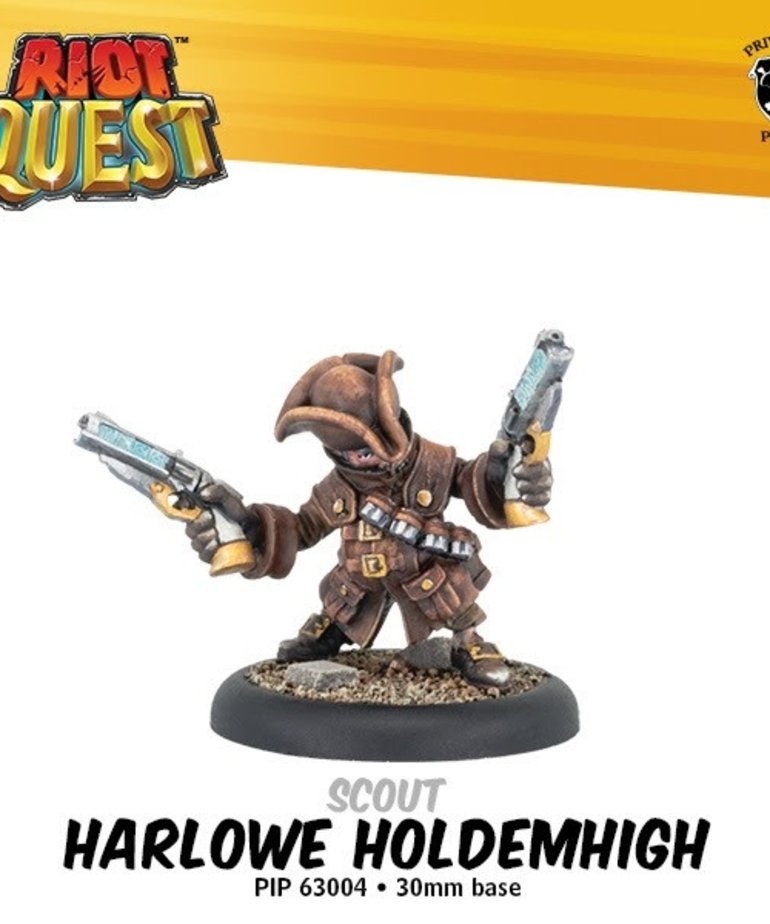 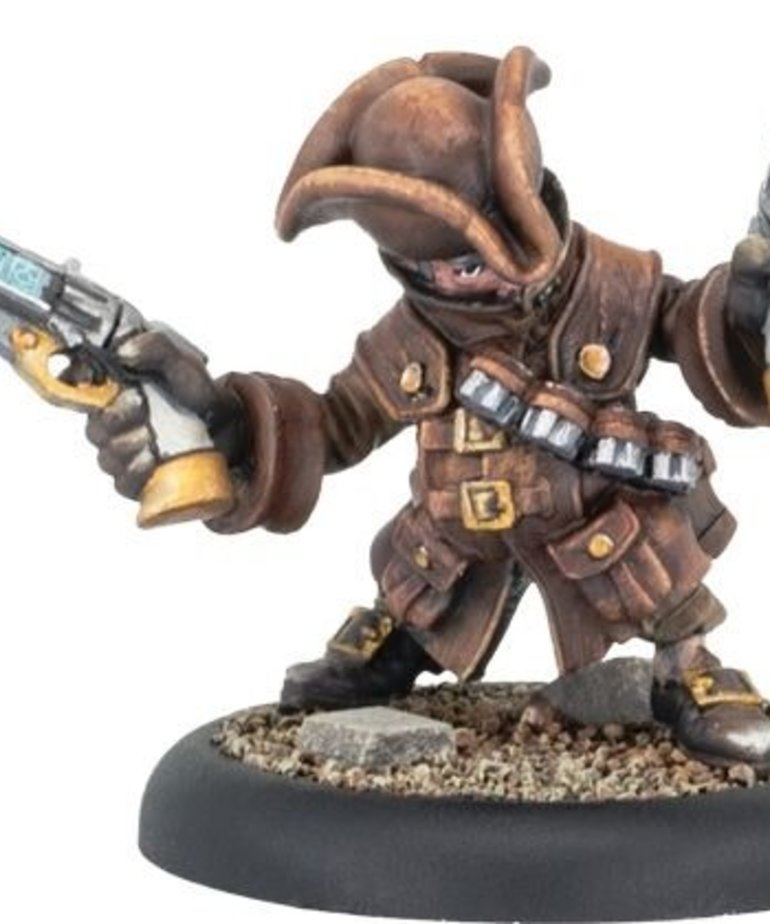 Heâ€™s small of stature and even lower of character, but Harlowe Holdemhigh always takes the high ground with his highway-harrying exploits! Armed with twin-magelock pistols, heâ€™s the most notorious highwayman in the Iron Kingdoms [under 4' tall]!

Key Features:
_x000D_ Harlowe is a Scout class hero that excels at damaging multiple enemies at ranged. Like all Scouts, Harlowe lowers the defensive stats of enemies nearby against ranged attacks. Thanks to his Ambidextrous rule, Harlowe can make one ranged attack but hit two different enemies with it. This means Harlowe is excellent and setting up knock outs for other heroes in your Crew or finishing off small pairs of weakened enemies.