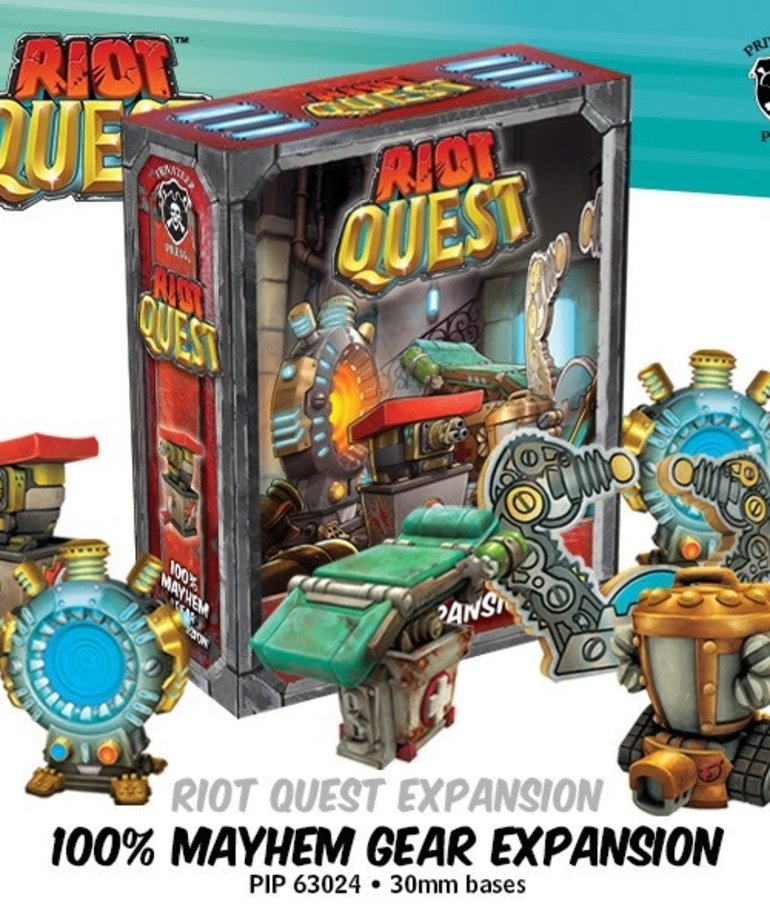 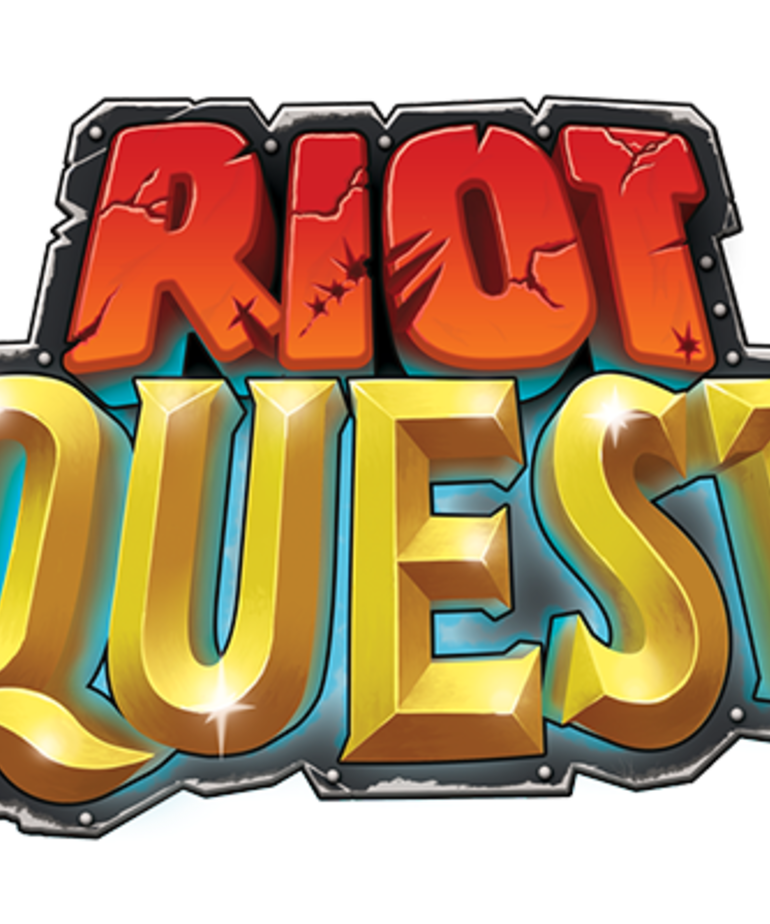 Looking to add a little more boom to your booty brawls? Or maybe you just want to want to skip through time and space as you rack up fat stacks of cash on your next loot-filled dungeon raid. The 100% Mayhem Gear Expansion is just what Doctor Stygius ordered! Take your questing to the next bombastic level by adding six all-new Gear models to your games along with 10 new Gear cards that you can slap on your crew to give them the fighting edge they need!

_x000D_ This expansion adds an entirely new element to games of Riot Questâ€”gear that is physically represented in play by miniatures. Before this expansion, all Gear upgrades were cards that provided special benefits to a Hero, such as making them hit harder or move faster. These new Gear cards put models that stay in play until someone can remove them, and those models recurring effects. For example, a player can drop a Hypervelocity Turret into the arena, which will automatically fire at any enemies that come too close. Or perhaps a pair of wormholes that will allow Heroes to teleport across the Arena or even shoot through them to extend the range of their attacks!_x000D_ _x000D_