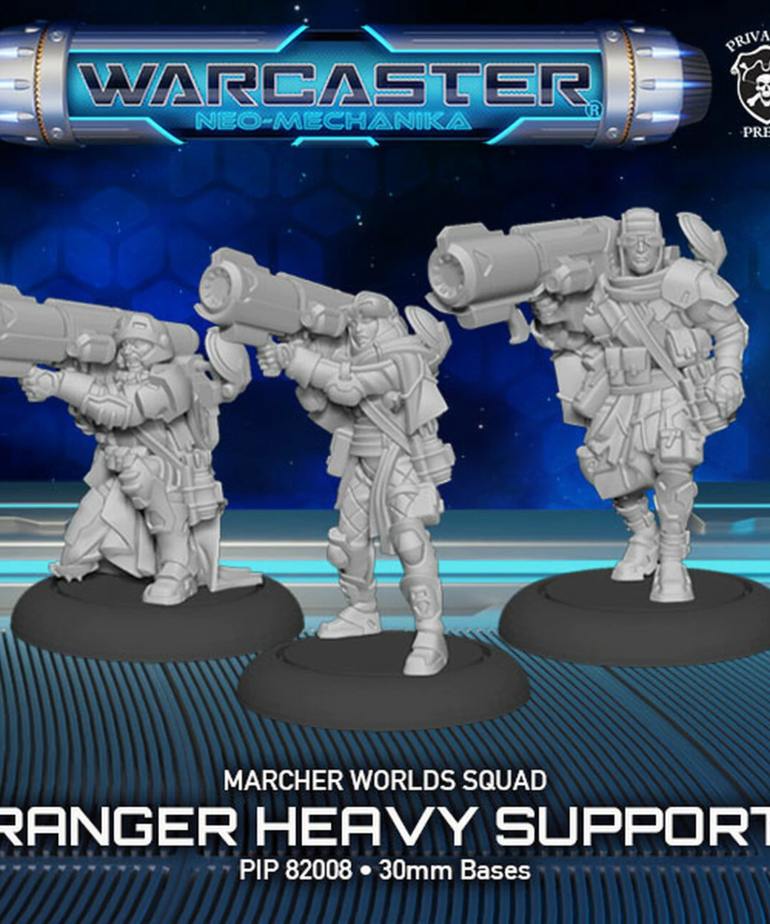 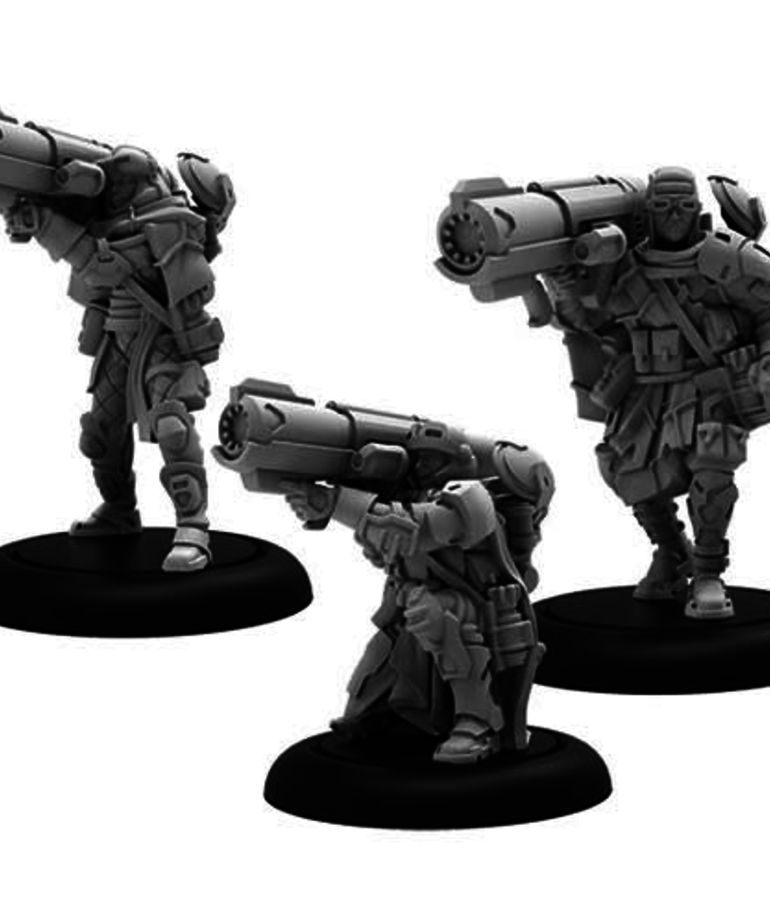 As their name suggests, the Ranger Heavy Support squad provides devastating fire support to Ranger forces in the field. Packing man-portable talon rocket launchers, these troops would be considered slow moving if not for their slip displacer mechanika that enables them to keep up with the forces they support with ease.

Three-model squad. Their Talon Rocket Launchers are blast weapons. While charged, the Ranger Heavy Support squad’s mechanika targeters enable the troopers in the squad to reroll their ranged attack rolls. The squad can spike to activate its Slip Displacer, enabling it to immediately move up to 3˝.