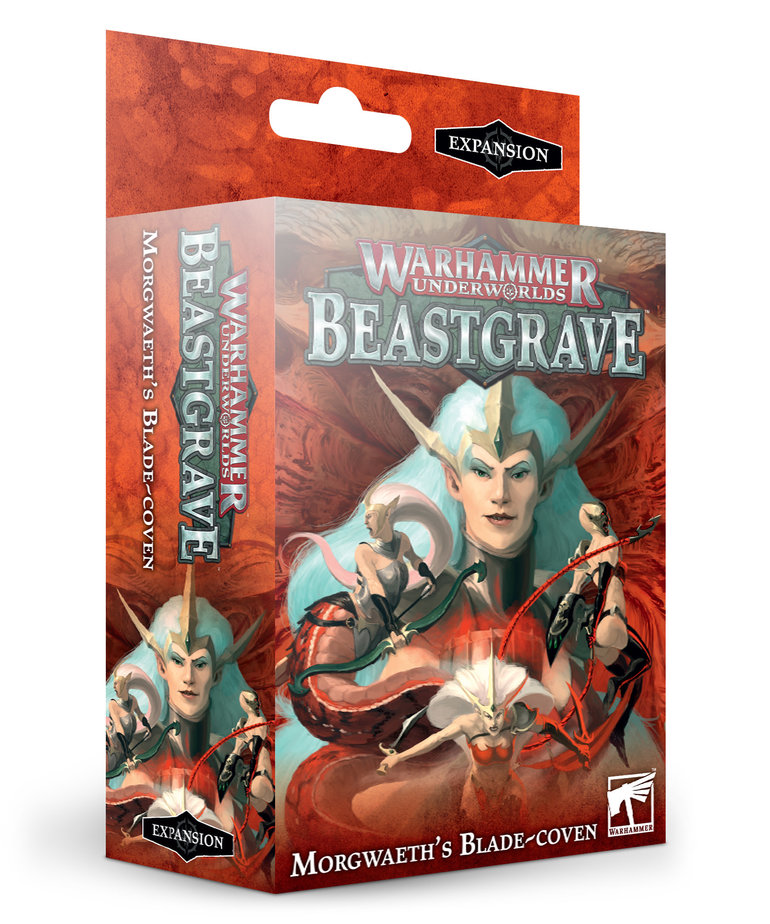 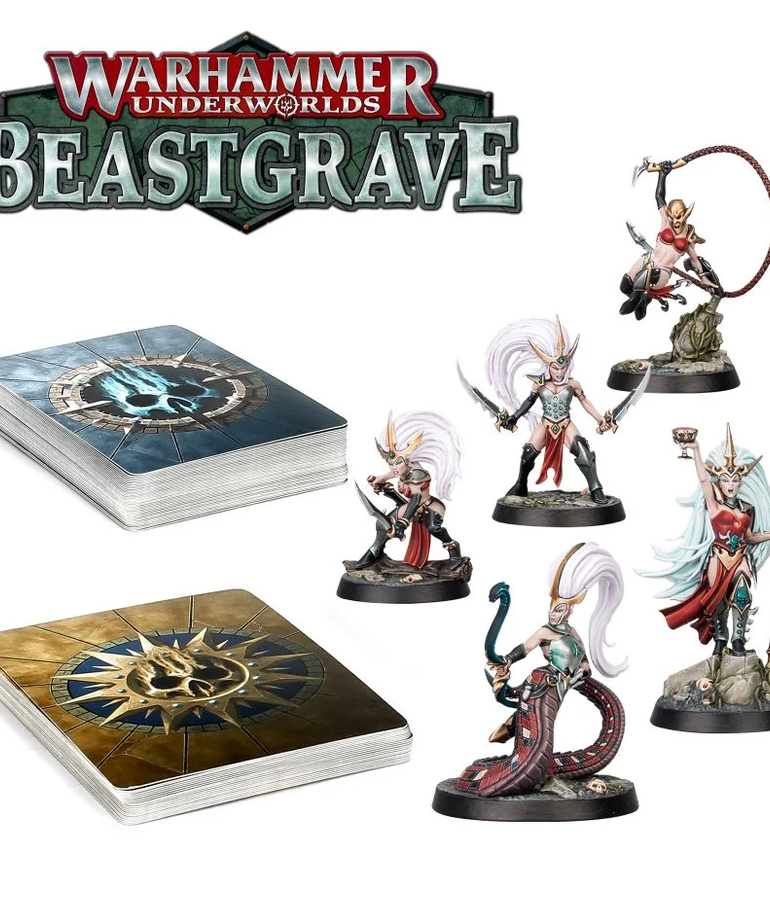 0 reviews
Add your review
- Unleash a versatile and lethally effective warband in Warhammer Underworlds
- Includes Universal cards usable by any warband
- Also playable in Warhammer Age of Sigmar thanks to a downloadable warscroll!
Add to wishlist / Add to comparison / Print

Morgwaeth the Bloodied and her murderous retinue were dispatched to Beastgrave by Morathi in search of a long-hidden shard of Khaine. Shadowed paths brought them to the mountain, and immediately they knew their objective was near – what else could account for the visions of slaughter and echoes of battle that haunted Beastgrave’s megalithic depths? In truth, however, their quest was a fool’s errand, for Morathi knew no shard lay in the mountain – Morgwaeth had questioned her liege a little too publicly, and was sent to Beastgrave for her temerity. This was a poor punishment for the hag queen, though – the blades of Khaine found many offerings to the lord of murder in the mountain’s ancient halls, and their dedication may yet see them escape Beastgrave’s grasp.