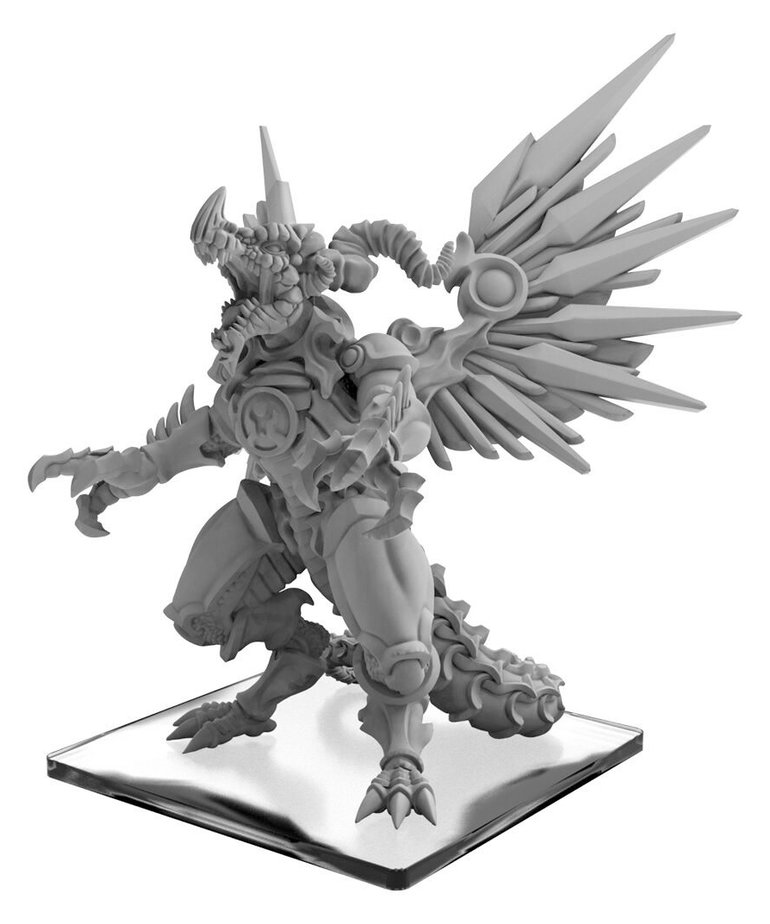 When the first ships of the Draken Armada entered our solar system, humanity braced itself for even more conflict, fearing another threat had entered the Monsterpocalypse. When their first Bastion Landers touched down near Chicago, and Rastaban attacked Gorghadra, that fear turned into a hope that these space dragons could represent new allies in the struggle to protect Earth. When days later Rastaban addressed the leaders of the planet, it became clear that this noble race had joined our fight and might be what finally turns the tide.

_x000D_ - Rastaban is a monster that can be added to any Protectors force. In alpha form, he leads the forces of the Draken Armada and their allies, drawing more power from the successes of his troops with Power Swell and Motivating any nearby ally to quickly get into the right position. Heâ€™s capable of sending pieces of his wings to Strafe through enemies and then return to their original position. When he goes hyper, he becomes a Terrifying presence on the battlefield. His wings draw in the energies of his opponentâ€™s attacks, becoming a Power Sink, and every attack he makes is a Power Gorge, fueling his efforts toward victory._x000D_ _x000D_