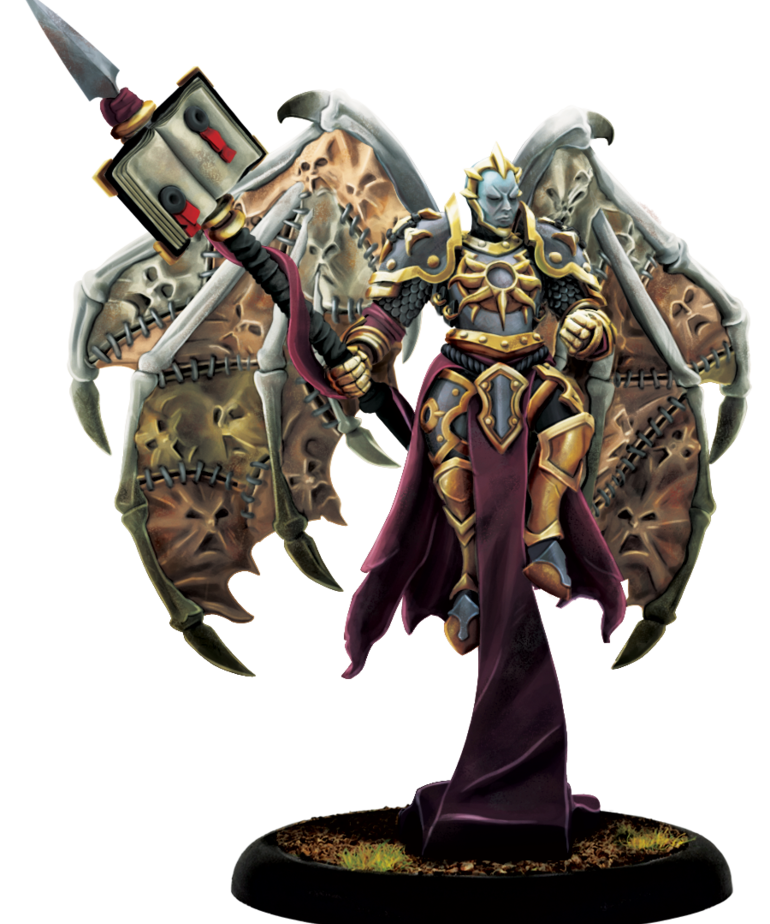 0 reviews
Add your review
Defiled Archons are powerful Grymkin solos that excel at spellcasting. In comparison to all other Archons released for other Factions, the Defiled Archon is the “wizard” or, in this case, “evil priest.”
Add to wishlist / Add to compare / Print

His Leadership [Spectral Onslaught] ability makes it so that he, and any nearby Dread Rots, gain the Ghostly ability when charging, allowing them to ignore both terrain and free strikes when doing so. In his mounted form, Isaiah cuts through enemies with his Wicked Scythe, while in his dismounted form he throws his own severed pumpkin head at them, turning any he destroys into Dread Rots for nearby units. This solo works best when paired with at least one unit of Dread Rots.