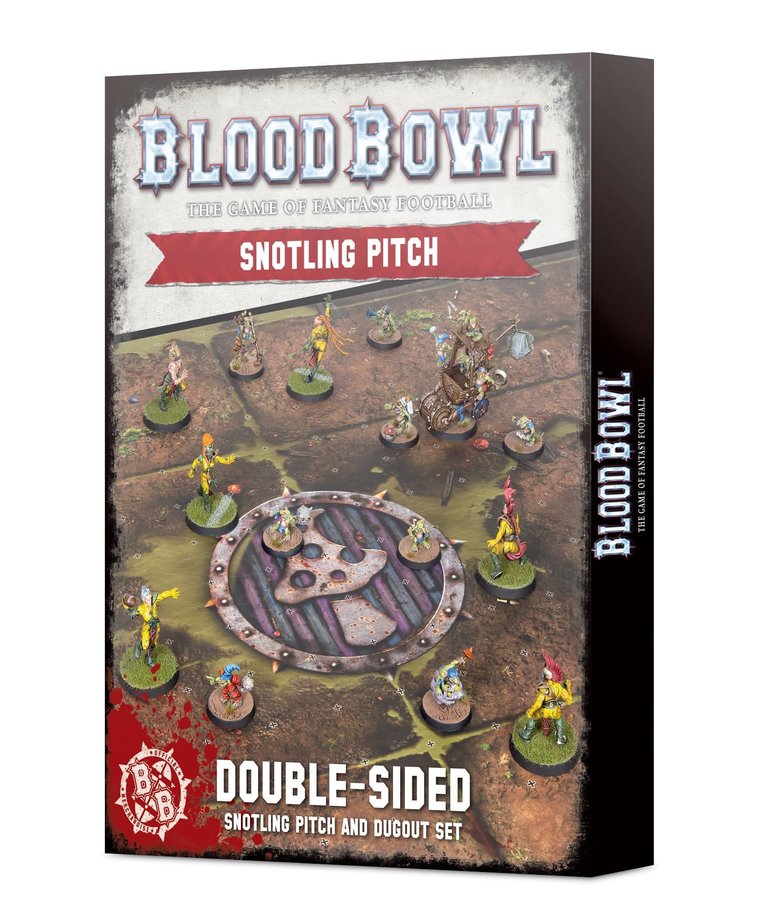 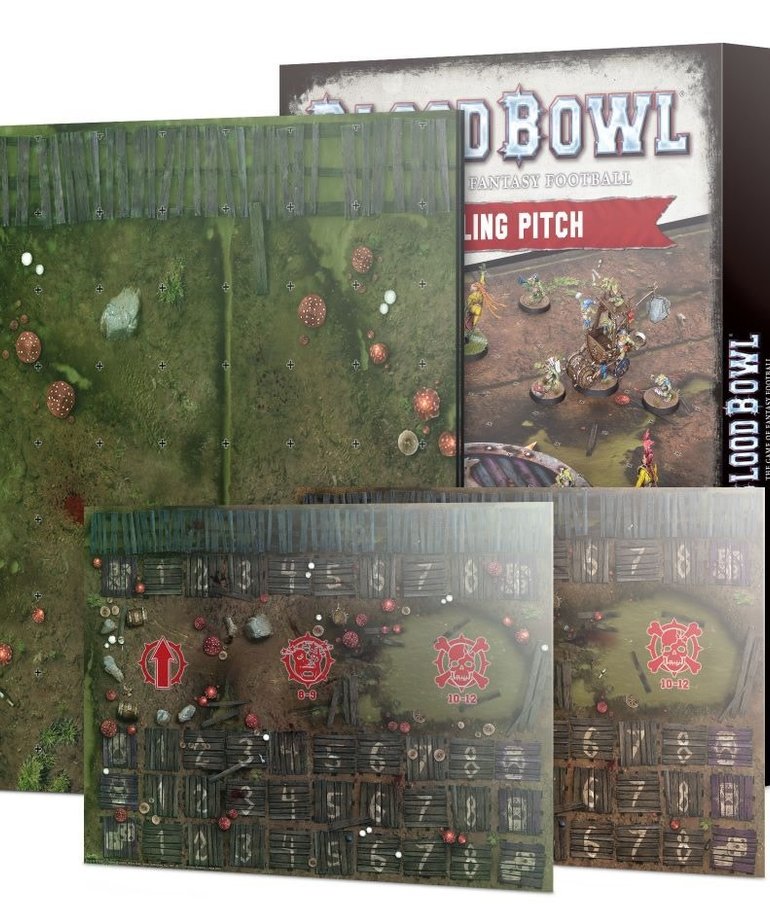 0 reviews
Add your review
- Double-sided with matching dugouts
- Muddy fungal bog on one side, mushroom-riddled version on the reverse
- Includes special rules for both sides of the pitch
Add to wishlist / Add to comparison / Print

Snotlings win very few games, which means they have very little money to upgrade their Blood Bowl stadia, if they can even be called that with a straight face. More often than not, they'll play their games in the fungal bogs where they grow their hallucinogenic mushrooms – the floating spores make for a rather vivid experience for visiting teams.

This double-sided board depicts a fungal bog in two states: a slippery, swampy bog, and a field in full fungal bloom, filled with spores. The end zones are marked by a decrepit boardwalk, and the dugouts are hardly a safe place to rest and recover.

The package includes two double-sided dugouts to match the two styles of pitch. Each dugout features the usual Score tracker, Reserves, Knocked-out and Serious Injury boxes, and a re-roll tracker. You'll also find rules to represent the particular features of both sides of the pitch.