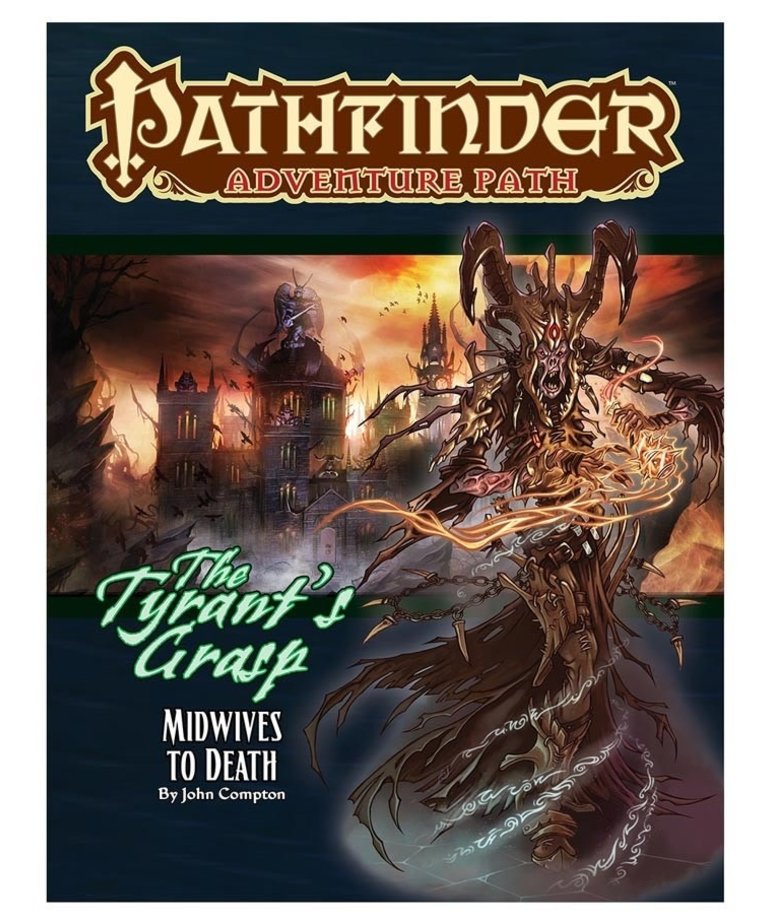 The Tyrantâ€™s Grasp Adventure Path reaches its world-shaping conclusion! The heroes learn that the keys to stopping Tar-Baphonâ€™s deadly Radiant Fire are the shards of the Shattered Shield still lodged in their soulsâ€”the only things dangling their lives above the grasp of the Boneyard. The heroes return to Lastwall to confront the Whispering Tyrant, but discover that he has led his army to the fields outside the city of Absalom. There, the Whispering Tyrant plans to blast his way through the city and crack the Starstone Cathedral open, transforming himself into a true god! The PCs must battle the lichâ€™s most powerful allies, turn the power of the Radiant Fire back on the Whispering Tyrant, and end the threat he now poses to the world.

â€œMidwives to Deathâ€ is a Pathfinder Roleplaying Game adventure for 16th-level characters. The adventure concludes the Tyrantâ€™s Grasp Adventure Path and brings dramatic changes to Golarion. This volume also includes an extensive article showcasing the final material written by Paizo's developers for the first edition of the Pathfinder RPG.