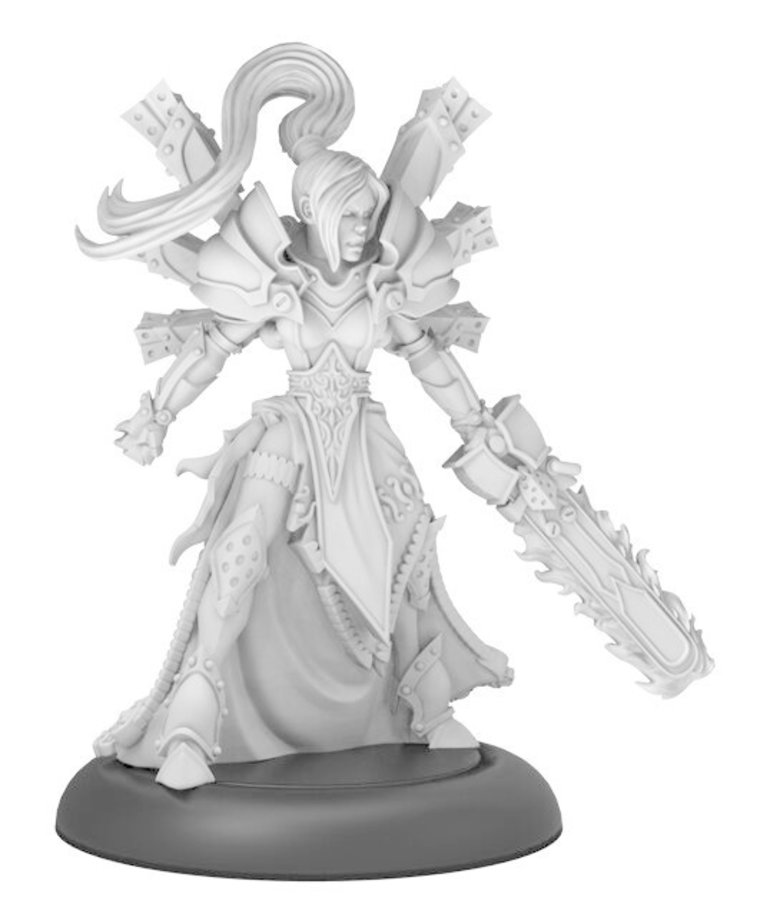 She plotted and schemed for yearsâ€¦YEARS! She was to be the next Hierarch; she was to rule the Protectorate! It was her destiny!

Or at least, thatâ€™s what Feora thought. Then the infernals came, and all those years of backstabbing and manipulation just wentâ€¦kablooey. While the world crumbles, her rage swells. With nothing left to control, she has but one purpose, one thing fueling her infinite well of hatred and spite.

_x000D_ - Feora the Forsaken is a Fighter Class Hero that is pure offense and helps nearby allies hit better in melee as well. Thanks to her Flank ability, she lowers the defense of enemies near her against melee attacks, and at the cost of randomly discarding a Gear card, she (and nearby allies) can reroll the dice when making melee attacks.
_x000D_ - This model is also playable in WARMACHINE & HORDES as a Protectorate warcaster._x000D_ _x000D_