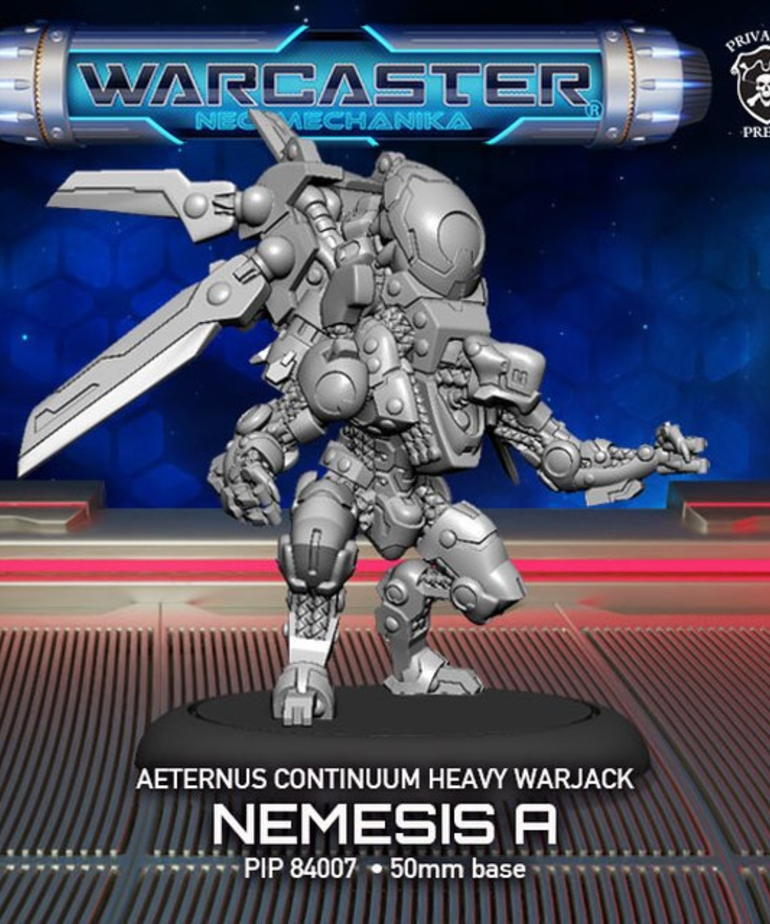 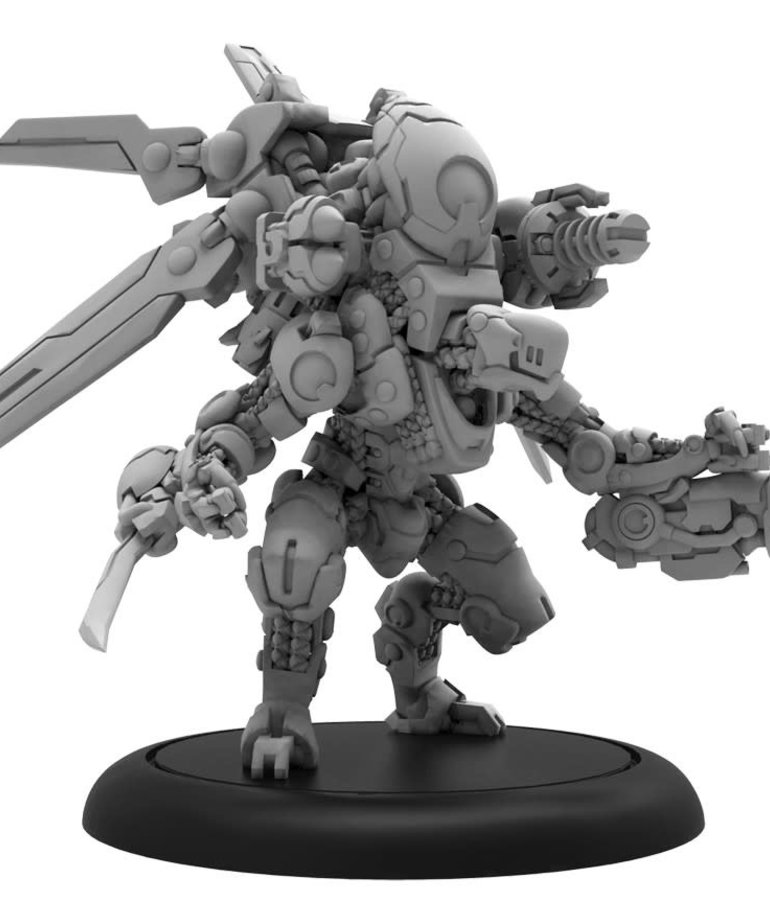 Flying over the battlefield like bloated, black-steel insects bristling with malefic firepower, the Aeternus Continuum’s Nemesis warjacks are a terrifying sight to behold. Though clumsy on land, these machines are capable of achieving incredible speeds in the air. The Nemesis warjacks are relatively lightly armored to decrease weight and enable flight. To compensate, they are equipped with potent Arc fields that protect them from ranged and arcane attacks.

Different cortex and weapon selections add modular utility to this warjack. The warjack has two arm and two shoulder hard points for weapons. This is presently the only warjack in the game that always has Flight. A model with Flight can only be targeted by melee attacks made by another model with Flight. While charged, this warjack gains +1 ARM against Fury and ranged attacks for each Arc currently on it. The Nemesis can spike to use its Afterburner, enabling it to advance at its SPD x3 but at the cost of making any attacks that activation.