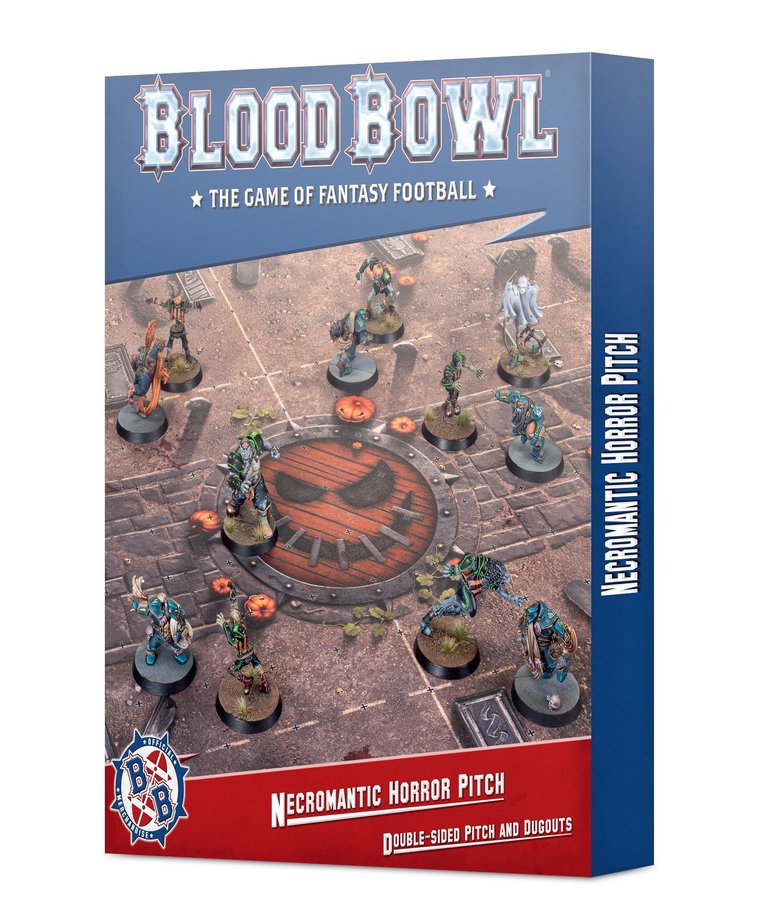 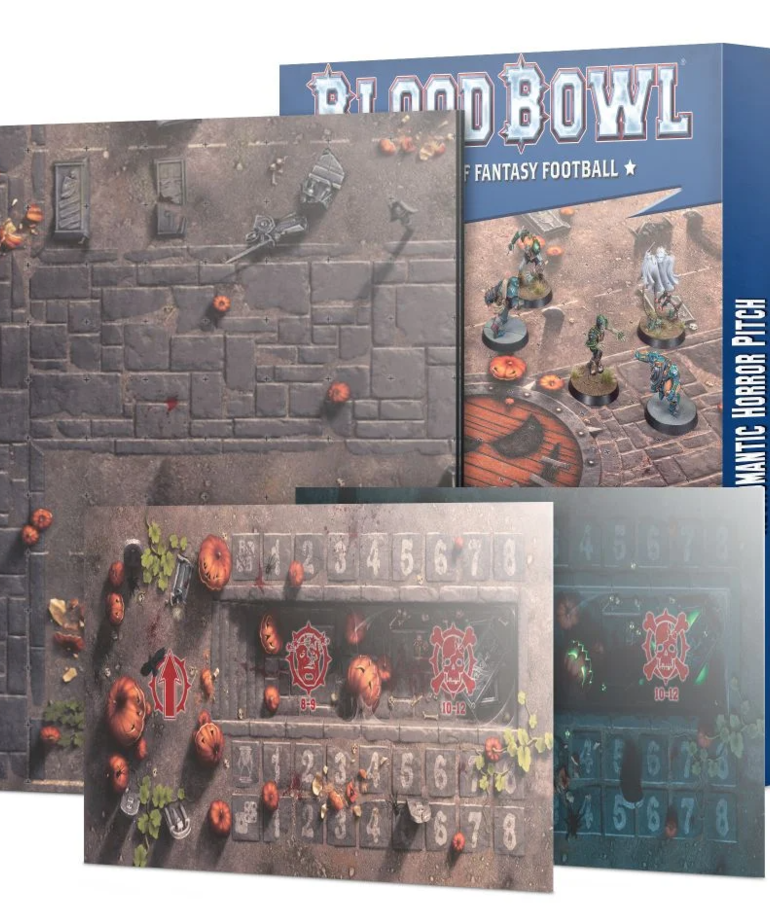 Necromantic Horror teams are right at home amongst the macabre and supernatural. What better location for a stadium than within a Sylvanian graveyard? Necromancer coaches often try to convince their counterpart to begin playing just as daylight fades, hoping the chill of the night saps the other players’ strength and invigorates their own.

This double-sided board depicts a dusky, barren cemetery pitch on one side, replete with tombs and flagstone walkways, and littered with pumpkins, skulls, and freshly-dug open graves – ready for the next victim. On the other side, the same scene but after the sun has set, with eerie witchfire in the eyes of the pumpkins (and skulls!) and the Necromantic Horror icon in the centre of the field.

The package includes two redesigned dugouts for the new edition of the game. They match the creepy dusk to dawn aesthetics of the pitch – each dugout featuring Score, Turn, and Re-roll trackers, plus Reserves, Knocked-out, and Casualty boxes. You'll also find rules to represent the particular features of both sides of the pitch. 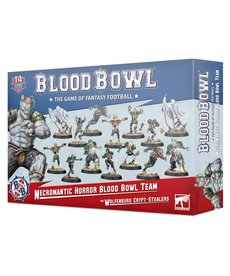 Add to cart
Add to wishlist
Add to compare
Quick view
-15%
The Wolfenburg Crypt-Stealers
- Trick your rivals with a variety of specialised positionals…
- …Then treat your players to plenty of fresh meat
- Build an undying legacy on the pitch
$35.70
$42.00 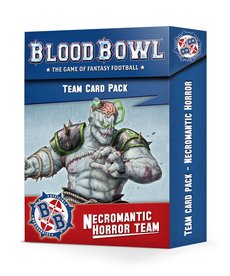